The Ward Cabaret, which opened at Harbourfront last night, is an exuberant celebration of the Ward; a Toronto neighbourhood that once covered the area bounded by Queen and College and Yonge and University.  From the mid 1800s until well into the 20th century it was far from the highly respectable quartier it’s become.  It was the first landing place for immigrants; Irish, Jews, Chinese, fugitive slaves, Italians.  A neighbourhood of low rent housing, cheap restaurants, the factories that fed Mr. Eaton’s catalogue and a bunch of rather more dubious businesses.  The City Fathers hated it but it had a life of its own that David Buchbinder (he of Yiddish Glory) and his team have turned into a spectacular evening of theatre/cabaret. 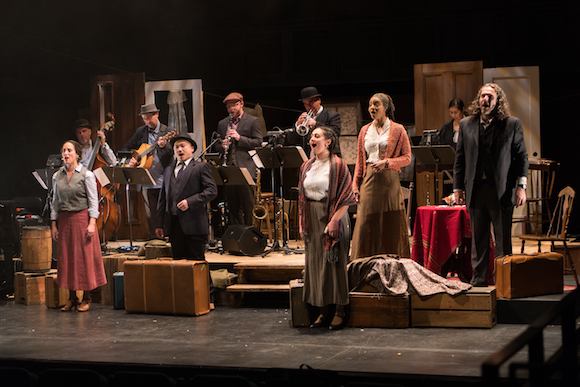 It’s quite a tour de force.  Everybody sings, everybody seems to play at least one instrument and the range of styles covered is impressive.  There are Yiddish popular songs, Neapolitan street songs, Chinese opera, blues, spirituals and songs of rebellion and protest.  There are singalong choruses (and it must be forty years since I last sang Bandiera Rossa).  All of this is linked by a narrative by Marjorie Chan that managed to avoid sentimentality by dropping in the odd deeply disturbing event like the loss of the immigrant ship Sirio.

There are some effective and affecting individual performances.  Buchbinder seemed to be everywhere.  Jeremiah Sparks was dignified and moving as a fugitive slave.  Derek Kwan got to display his Chinese opera chops.  Aviva Chernick , Cara Krisman and Kaisha Lee sing beautifully in a variety of styles and show some real dancing skill.  Mitch Smolkin is powerful in some Yiddish numbers and does some cool cantoring.  The instrumentalists manage a pretty impressive array of jazz and traditional Chinese instruments.  Leah Cherniak and David Buchbinder’s direction is fast paced; moving seamlessly from scene to scene.  Two hours goes by pretty fast.  It’s a lot of fun as well being quite thought provoking. 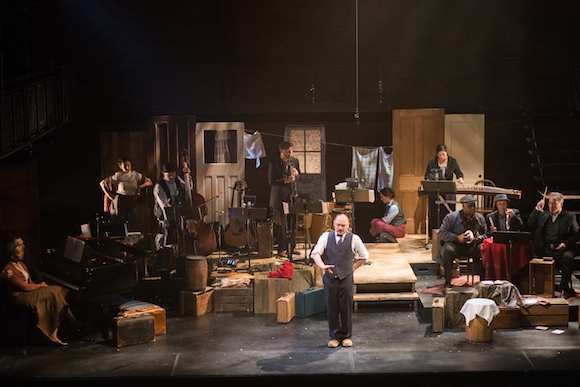