It’s the fifth year that Soundstreams has put on Electric Messiah which I guess means it’s pretty much becoming a holiday tradition.  This iteration may just be the best yet.  This version seemed quite stripped down compared to some years and all the better for it.  It’s centred around rearranged (and shortened) excerpts from the Handel work supplemented with some personal touches for the cast.  This time the “band” was Wesley Shen on harpsichord, Joel Visentin on keyboards and electric organ, Joel Schwartz on assorted acoustic and electric guitars and Adam Scime directing from the (laptop) keyboard which controlled lots of effective electronics.  SlowPitchSound was there on turntables with Lybido dancing. 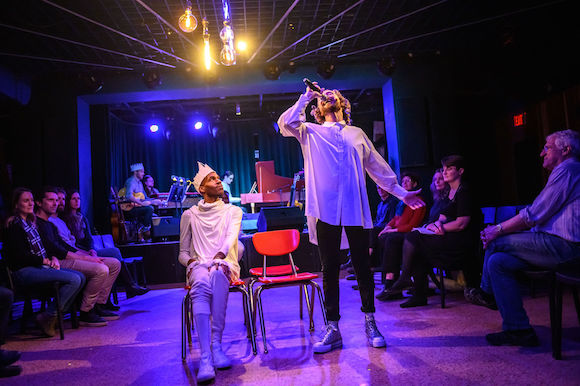 The set up this year was simple.  The band was on stage with the turntables at the opposite end of the space.  The audience was in three rows either side of the performance space in front of the stage.  Everybody was in white.  Again, simple. 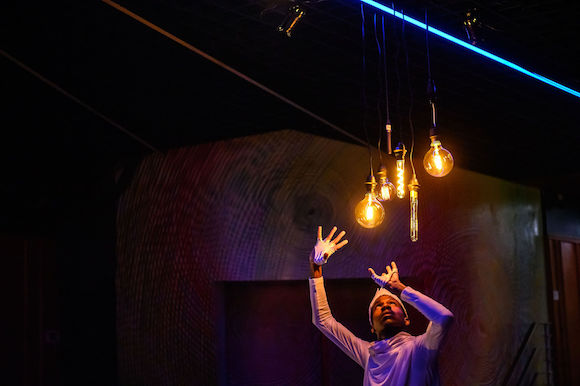 The piece opened as before with a four part arrangement of Comfort Ye introducing each singer in turn; Lindsay McIntyre (soprano), Chloe Charles (alto), Jonathan MacArthur (tenor) and Andrew Adridge (bass).  Various aria and chorus excerpts followed with interludes by SlowPitchSound including a riff early on on Hallelujah.  The “unconventional” bits were well spaced throughout the performance which left it with more of a “Handel feel” than last year.  There were no exotic languages.  The mash up by Chloe Charles of He Was Despised and her own God is a Toad, accompanying herself, worked really well. 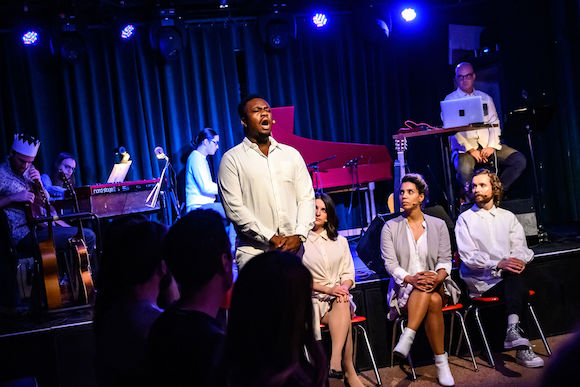 The final “set” worked especially well and made a fine conclusion.  An arrangement of Since By Man Came Death was followed by Wesley Chen leaving the stage to accompany I Know That My Redeemer Liveth on shō (a Japanese instrument that looks like a sort of nostril periscope) before the close out on Hallelujah.

The standard of performance from every body involved was high.  The quartet of voices had some contrast with Chloe  and Andrew distinctly darker in timbre than Lindsay and Jonathan.  The pacing was very tight and the interpolations didn’t feel gimmicky or ill placed.  It all just worked and the show flew by.  It’s only about 75 minutes long but it left me wanting more.  Messiah rarely does that.

There are two more shows tonight and tomorrow at 8pm at Drake Underground.