Last night’s concert at Koerner Hall was a celebration of the life and work of Armenian composer and song collector Komitas on the occasion of his 150th birthday.  Unsurprisingly Koerner was packed with members of Toronto’s Armenian community.  Sometimes I feel uncomfortable at events like this; unable to really appreciate what the music means in its home culture, but last night what I felt was joy and inclusion.  It was an extremely well curated concert of rather beautiful music extremely well performed.

The first half was a sort of musical biography.  There was a combination of liturgical music and songs composed by Komitas plus music inspired by him; notably a children’s song by Debussy.  The music was introduced by projected explanatory texts and surtitles were provided for the songs.  The whole served as a narrative of Komitas’ personal and musical life and of the Armenian genocide with which it is inextricably intertwined.  All the pieces were skilfully arranged by Serouj Kradjian to make use of the resources available.  The Amici Ensemble; Kradjian on piano, David Hetherington on cello and Joaquin Valdepeñas on clarinet were joined by violist Barry Shiffman and Mark Fewer on violin to form the instrumental ensemble.  Russell Braun and Lynn Isnar were the solo vocalists and choral support came from the Elmer Iseler Singers, the Canadian Children’s Opera Company and Young Voices Toronto.  There were even the dancers of the Hamazkayin Toronto “Erepuni” Ensemble. 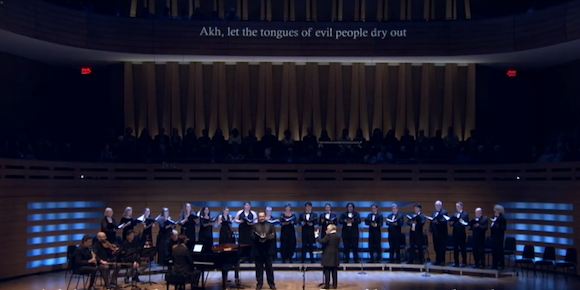 There was a lot of music; much of it very beautiful.  Some of the instrumental music sounded “composed” in the Western tradition, other pieces had harmonies that sounded unusual coming from Western classical instruments but really interesting.  The Elmer Iselers sang with great clarity, precision and beauty and the children were terrific too.  Most of the solo vocals in the first half were delivered in Russell Braun’s muscular but flexible baritone; a big sound in Koerner. 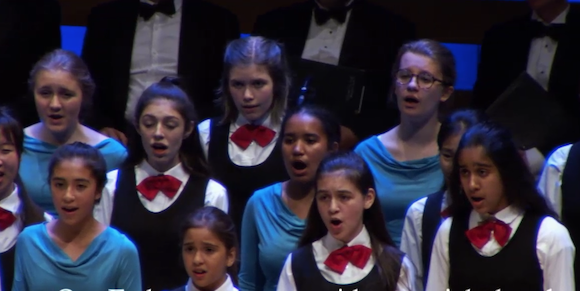 After the interval the mood lightened a bit with a set of folk and wedding songs.  The choirs were again excellent but it was Lynn Isnar who really got a chance to shine.  Her voice is really beautiful right now with an easy, smooth upper register that seems to hit the most stratospheric of notes without evidence of strain.  And the dancers were again lovely to watch, dancing a liquid choreography in heels and flowing long dresses.

It’s hard to imagine a celebration of this sort being better organised and executed.  The beauty of the music was ever present but the background horror was neither ducked nor dwelt on mawkishly.  I found the whole thing very moving. 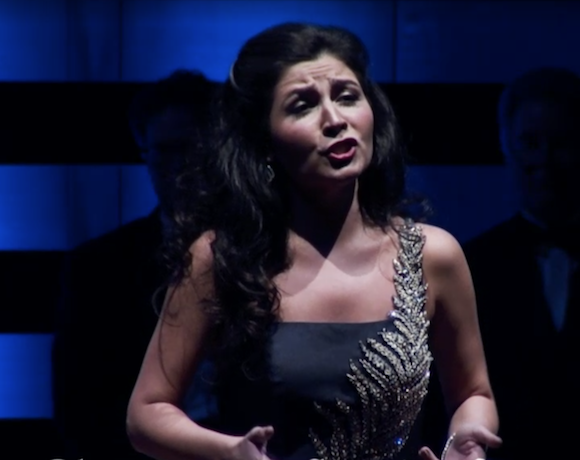 Photographs are videocaps from the livestream of the concert which is available here.

6 thoughts on “Komitas at Koerner”