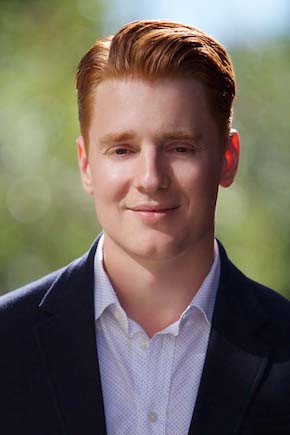 This is what would happen if the opera singing love child of Noel Coward and Sylvia Plath was encouraged by his therapist to perform on “Grownups Read Things They Wrote as Kids”. – Isaiah Bell

Isaiah Bell’s The Book of My Shames has something in common with Teiya Kasahara’s Queer of the Night.  Both are one queer shows dealing very directly and honestly with aspects of being queer and both are very impressive singers.  There perhaps the comparison pretty much ends for while Teiya’s show was about the tribulations of being gay in the opera world Isaiah’s piece is about growing up gay in a seriously dysfunctional environment.

It’s an intensely personal narrative; mostly monologue broken by the odd snatch of music and a bit where an audience member is co-opted to help perform one of Isiah’s teenage plays.  Being a teenager is pretty awful but being a gay teenager in a gaslighting evangelical cult takes the whole coming of age concept to new levels.  It’s touching, very funny, disturbing and sometimes quite revolting.  It addresses questions that I would never have thought to ask and certainly wouldn’t have answered!

Darren Creech accompanies on piano and direction and dramaturgy is by Sean Guist.  There’s one more show in this run.  It’s at 8pm tonight at the Ernest Balmer Studio.