June is shaping up to busier than one might expect.  But first here’s one last announcement for May.  On the 22nd B-Exalted have a choral concert at the Church of St. Mary Magdalene at 8pm. Soloists are Dallas Chorley, soprano; Rebecca Gray, alto; Charles Davidson and David Walsh, tenors, and Janaka Welihinda, bass.  More details here.

And so to June itself.  There are two items of interest on June 1st.  At Hart House Theatre at 2pm there’s a performance of Charlotte: A Tri-Coloured Play with Music before it leaves for a tour of Ukraine, the Czech Republic and Israel.  I’m curious to see how it’s developed since we saw a version that was still rather WIP in June 2017.  Later, at 8pm at St. Thomas Anglican Church there’s the latest in the Confluence Series.  This one is titled At the River and features, among others, Larry Beckwith, Dylan Bell, Ian Cusson, James Meade, Marion Newman, Patricia O’Callaghan, Suba Sankaran, Jacqueline Teh and Giles Tomkins.  This has become a “don’t miss” series. 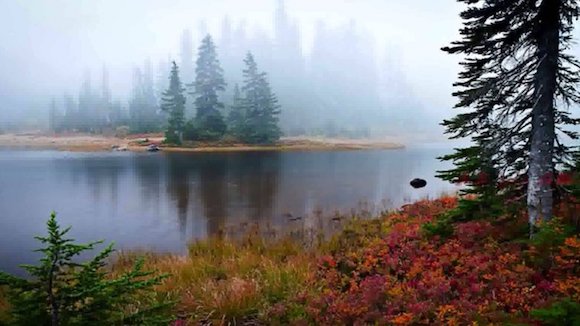 June 5th to the 9th at Buddies in Bad Times, there is Pomegranate.  It’s billed as a “lesbian chamber opera” and deals with the reincarnation of two lovers frozen in time in the Pompeii eruption.  The music is composed by Kye Marshall with a libretto by Amanda Hale.  Direction is by Michael Mori and music direction by Jennifer Tung. The  cast includes Rebecca Gray as Cassia/Cass and Camille Rogers as Suli/Suzie, with Teiya Kasahara, Stephanie Tritchew and Aaron Durand.

On the 19th to the 23rd at 7pm at Harbourfront there’s a joint presentation by Soundstreams and Luminato called Hell’s Fury, The Hollywood Songbook.  It’s a music theatre piece in which Russell Braun recreates the life and works of Hans Eisler in a show designed by Michael Levine and directed by Tim Albery. Serouj Kradjian will be at the piano.

Also on the 19th to the 23rd at 8pm, the TSO is presenting Orff’s Carmina Burana; the most fun one can have in Latin.  Donald Runnicles conducts with Nicole Haslett, Sunnyboy Dladla and Norman Garrett as the soloists with the combined forces of the Toronto Mendelssohn Choir, the Toronto Youth Choir and the Toronto Children’s Chorus. There’s also Korngold’s Violin Conserto with James Ehnes as soloist.

On the 27th at 8pm there’s a bit of an oddball.  Muse 9 Productions and Village Opera are presenting three short food themed works at Merchants of Green Coffee.  The works are Lee Hoiby’s Bon Appétit! , The Secret Lives of Vegetables by Danika Lorèn, and Chansons de mon placard by Peter Tiefenbach.  Anna Theodosakis directs with Hyejin Kwon at the piano.  The singers are Victoria Borg, Danika Lorèn and Katy Clark.  The show will also be presented in London on the 29th and 30th.  More details and tickets here.