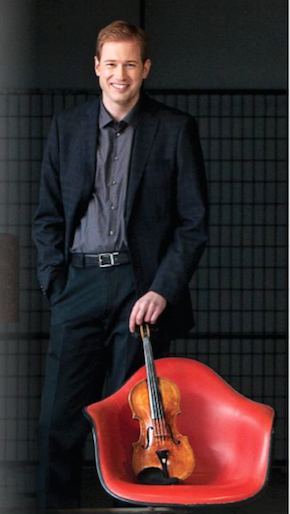 The line up for the Toronto Summer Music Festival for this year, which runs July 11th to August 3rd, was unveiled last night by artistic director Jonathan Crow at the Arts and Letters Club.  The full details are here.  It’s impressive with high quality and lots of diversity.  so, just some personal comments and thoughts on the things I’ll be planning to see.  The art song fellow this year is Tony Dean-Griffey.  He’ll be working with Stephen Philcox on the Art of Song Academy programme.  Like last year the Academy  reGENERATION concerts will feature both chamber and vocal music and run on the three Saturdays; July 13th, 20th and 27th.  Dean-Griffey will give a recital with Warren Jones on July 16th at 7.30pm in Walter Hall.

There are five Koerner Hall concerts.  Opening night, July 11th, highlights the “Beyond Borders” theme of this year’s programme with a variety of works for assorted combinations of voice, chamber orchestra, string quartet, violin and piano including Adrienne Pieczonka singing the Strauss Vier letzte Lieder in a chamber arrangement by John Greer.  On the 17th the Dover Quartet present a Britten and Dvorák programme.  On the 25th, the Art of Time Ensemble have an eclectic looking show called From Franz Schubert to Freddie Mercury.  Not quite sure what to expect there!  The 30th sees Angela Hewitt performing Bach’s Goldberg Variations. and finally on August 1st there’s a chance to see Jonathan Crow performing Mozart’s “Turkish” concerto before Mahler’s Das Lied von der Erde (in the Schoenberg/Riehn arrangement) with Mario Bahg and Rihab Chaieb.  Gemma New conducts.

There are also many shows; ticketed or free at Walter Hall, Lula Lounge, Church of the Redeemer and Heliconian Hall.  These include Voices Across the Atlantic at Church of the Redeemer on the 18th with a Britten, Barber and Monteverdi programme featuring Daniel Taylor and Charles Daniels among others.  Collectìf have a show in Walter Hall on the 24th  with a ghost story theme and including excerpts from the Kindertotenlieder.  If you haven’t seen Collectìf before you should.  They have a unique and engaging approach to presenting song.  There’s tons more for every taste plus Heliconian concerts and master classes and so on yet to be announced.

The launch itself was fun too.  How often is one fortunate enough to hear Stephen Philcox and Jonathan Crow play and Adrienne Pieczonka sing (Strauss… swoon), in an intimate setting with a glass of wine.  Thanks TSMF!