Ian Cusson, soon to be composer in residence at the COC, is one of Canada’s most interesting composing talents.  Yesterday we got to see both sides of his heritage; Métis and French-Canadian, displayed in a lunchtime concert in the RBA.  The first piece up was Five Songs on Poems by Marilyn Dupont.  I had heard some of these in a version for piano and voice before but this was the first time I had heard the whole piece in an arrangement for voice and piano quintet.  Marion Newman was again the singer with the composer on piano and Amy Spurr, Sarah Wiebe, Emily Hiemstra and Alice Kim on strings.  I really like this piece.  I find Dumont’s spiky, bitterly ironic poems very thought provoking and moving (though clearly not designed to be sung).  Cusson’s accompaniment is fascinating.  My overall impression is that he doesn’t write notes that don’t need to be there.  If the instrumental playing is sometimes dense, at others it’s sparse to non-existent.  He’s especially restrained with the piano.  There’s a lovely passage at the beginning of “Helen Betty Osborne” where the low strings create an atmosphere before the violins and then the voice come in.  The vocal line is singable, just, which is in itself skilful given how difficult to set the words are.  The performances were terrific by all concerned.  Look at the words for yourself.  At the end of this post I’ve reproduced the words of the first poem; “Letter to Sir John A. MacDonald”. 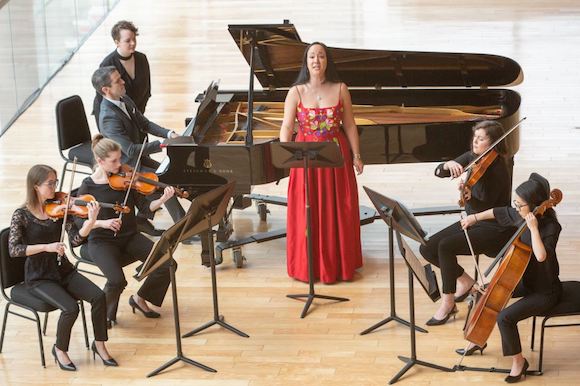 The second half of the program was French Canadian and sung by Marjorie Maltais with the composer at the piano.  First up was Teeka’s aria; J’adore les orages from a work in progress based on a story by Michel Marc Bouchard.  It’s playful; a facet well brought out by Marjorie, with a goose meditating on the mortality of worms while rather missing the same point about geese on a farm!  Then there was more substantial fare; the world premiere of Le Récital des Anges; a setting of six poems by Émile Nelligan.  These are intensely Catholic texts on death, suicide, damnation and salvation and it’s not hard to see how the teenage Nelligan ended up in an institution.  The settings match the both the intensity and the occasional ecstasy of the texts and were given full value by the performers.  Again this is not an easy sing but one doesn’t get the impression that it’s thoughtlessly so.  It’s just what the text demands.  It’s an impressive work though one I have more difficulty finding sympathy for than the Dumont piece.  But that’s just me. 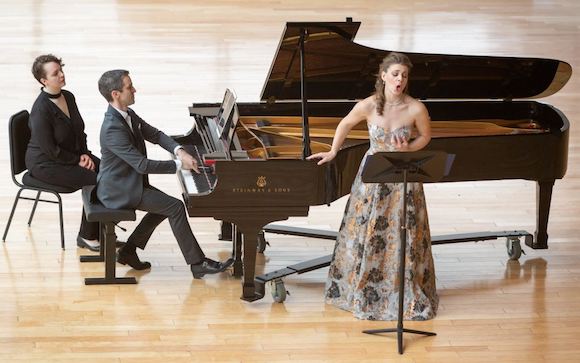 A Letter to Sir John A. MacDonald

Dear John: I’m still here and halfbreed,
after all these years
you’re dead, funny thing,
that railway you wanted so badly,
there was talk a year ago
of shutting it down
and part of it was shut down,
the dayliner at least,
‘from sea to shining sea,’
and you know, John,
after all that shuffling us around to suit the settlers,
we’re still here and Metis.

We’re still here
after Meech Lake and
one no-good-for-nothing-Indian
holdin-up-the-train,
stalling the ‘Cabin syllables / Nouns of settlement,
/…steel syntax [and] / The long sentence of its exploitation’
and John, that goddamned railroad never made this a great nation,
cause the railway shut down
and this country is still quarreling over unity,
and Riel is dead
but he just keeps coming back
in all the Bill Wilsons yet to speak out of turn or favour
because you know as well as I
that we were railroaded
by some steel tracks that didn’t last
and some settlers who wouldn’t settle
and it’s funny we’re still here and callin ourselves halfbreed.