Handel’s Arminio was written for Covent Garden and while admired by the cognoscenti at the time it wasn’t a commercial success.  It’s a well worked three act opera seria with nothing much to distinguish it from others of its ilk.  For what it’s worth it’s set during Augustus’ attempt to conquer the land between the Rhine and the Elbe but its themes of death or glory and love versus duty, all with an impausible reconciliation ending, could easily be set anywhere.  Actually it almost wilfully ignores history as the libretto claims it happened in 9AD when the real Arminius (Hermann the Cherusker) decisively defeated Varo (also in the opera) in the Teutoburger Wald ending Roman hopes of extending the Empire beyond the Rhine.(*)

Max Cencic directed and played the title role in the production seen in Karlsrühe in 2018.    He chooses to set in the 18th century which looks pretty enough and works as well (or not) as anywhere else.  The only real conceit in the production is that the relatively minor pair of lovers; Ramise (Gaia Petrone) and Sigismondo (Aleksandra Kubas-Kruk) are turned into comic characters.  She’s a drunk and he’s a rather ineffectual fop.  I actually don’t get this.  There’s nothing in their music to suggest that they don’t belong to the same aristo values universe of everyone else in the piece and the fooling around seems pointless.  It’s a shame as they are both good singers.

So that aside, what we really have is a series of da capo arias in costume so a lot depnds on the singers.  They are decidedly good.  Cencic is excellent and arguably Lauren Snouffer as his wife, Tusnelda, is even better with excellent control, feeling and elegance.  She looks good too.  There’s good work too from the Roman general Varo sung by tenor Juan Sancho, bass Pavel Kudinov as Tusnelda’s Quisling father and countertenor Owen Willets as the tribune Tullio.  It’s a showcase of fine da capo singing but it’s really hard to care much about anything or anybody as they progress gracefully through a series of stock emotional situations.  The pit band is the Armonia Atenea and they sound fine.  I didn’t really notice the conducting of George Petrou.

The picture on DVD (it’s a two disk set) is fine.  It’s from an HD master and Blu-ray is available so that may look even better.  Both the surround and stereo tracks are very good.  Corentin Leconte’s video direction is unobtrusive.  There are no extras on the disk and subtitle options are English, Italian, German, French, Korean and Japanese.  The booklet was missing in my copy. 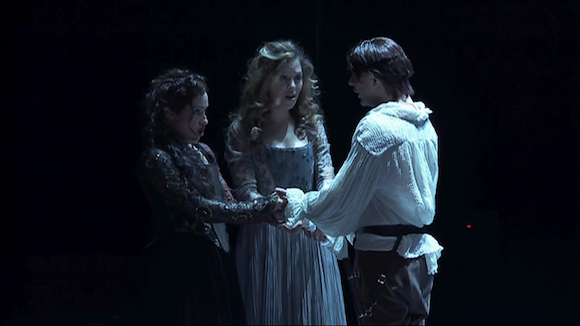 So there you have it.  A perfectly good version of a not frantically interesting Handel opera.  Probably only really for Handel completists, rabid Cencic fans or those wanting a look at the up and coming Lauren Snouffer. 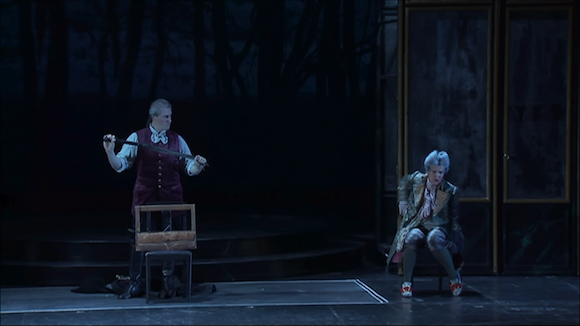 (*)So it’s set in that unlovely part of Nordrhein-Westfälisch well known to students of the Peace of Westphalia, the BAOR and Wolfgang’s Chipwagon (almost as legendary as Arminius).