Richard Strauss’ Elektra opened last night in a revised version of James Robinson’s 2007 production.  The setting is fairly straightforward and a bit drab; vaguely Victorian, or perhaps Gormenghast, which seems about right for the hagridden House of Atreus.  The stage is severely raked; back to front. and stage left to right.  There are a couple of walls with entrances.  There’s a strange little hut which, it turns out, forms a sort of trap door to the palace.  Costumes are either shapeless (ladies) or vaguely reminiscent of evening wear (gentlemen).  In this setting the action plays out convincingly enough with even difficult scenes like Elektra’s “death dance” well handled.  The tricky scenes between Elektra and Klytämnestra and Elektra and Orest have the appropriate degree of tension and suspense.

But really, serviceable as the production is, the reason to see this show are the performances.  I think one would have to look very hard and travel far to hear a better sung and played Elektra.  Christine Goerke is in her element in the title role.  She has a lot to do physically but it doesn’t seem to affect her ability to sing the masses of high, loud music with passion and real lyricism.  Hearing Goerke, one would never think that this part is seen as a “voice wrecker”.  Erin Wall’s Chrysothemis is the best thing I’ve heard her do.  She is, I think, a natural Straussian and this part in particular seems to sit well for her voice.  She is utterly sympathetic and perfect as a foil to Goerke.

Susan Bullock is also very good as Klytämnestra.  Her tone is regal and, if sounding mature, does not sound worn.  There is real frisson in her frenzied misunderstanding of Elektra’s explanation of the need for blood!  The men, of course, have much less to do but Wilhelm Schwinghammer is solid as Orest with genuine bass colours and stage presence.  Michael Schade’s brief cameo as Aegisth is febrile and freaky.  Something Schade does well.  All the minor parts; many taken by past and present members of the Ensemble Studio are just fine with a special mention perhaps for Lauren Eberwein’s passionate defence of Elektra in the opening scene. 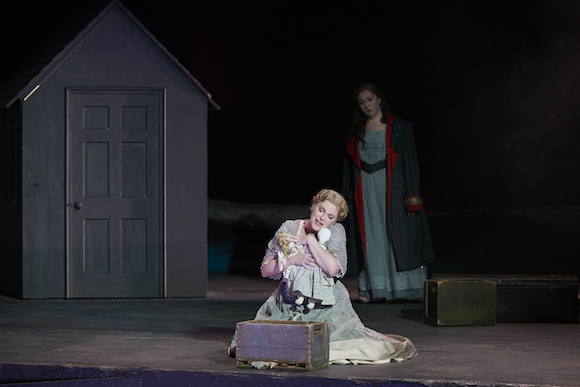 Then there is the conducting of Johannes Debus and the playing of the COC orchestra.  The clarity and sheer lyricism are amazing.  There are 120 musicians in the pit but at times there’s an almost chamber music quality to the playing.  Sure the big climaxes are dramatic and loud but more often I found myself listening  to a line in the woodwinds floating above the strings or something similarly delicate.  Few conductors, I think, could get so deeply inside the music.  Pit/orchestra balance too was fine where I was sitting in the Orchestra Ring with every word audible.  Chat after suggested this may not have been the case well forward in the orchestra.  My advice would be, if you go (and you should), try and sit in the Rings.

So there you have it, one of the best night’s at the COC for a while and as good an Elektra as any of us are ever likely to see.  Richard Strauss’ Elektra runs at the Four Seasons Centre until February 22nd. 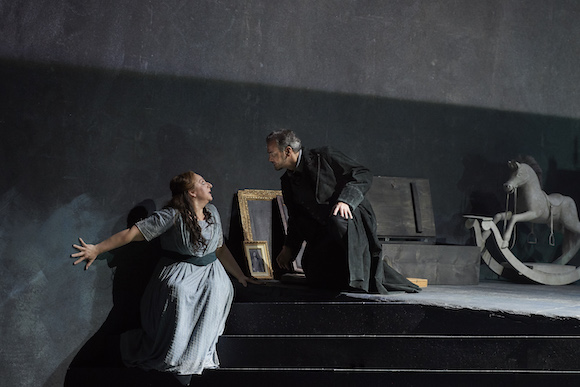