It’s a bit hard to believe, but, as far as I can tell, the only available video recording of Cecilia Bartoli singing Rosina in Rossini’s Il barbiere di Siviglia is a 1988 recording made at Schwetzingen when she was 22 years old.  It’s pretty typical of Michael Hampe’s productions of that period; traditional, elegant, symmetrical and generally well composed, but nothing terribly insightful.  It’s also rather dark and grey in places which taxes the recording technology of the period sorely.

It has a pretty good cast with Gino Quilico as an appealingly youthful Figaro with a fine sense of Rossinian vocal style; even if his acting tends to the stock operatic gesture.  Carlos Feller and Robert Lloyd find the humour in Bartolo and Basilio and are very solid vocal performers.  The only weaker link is perhaps David Huebler’s Almaviva which I find a bit goaty and under-characterised.  Certainly he’s no Juan Diego Flórez. 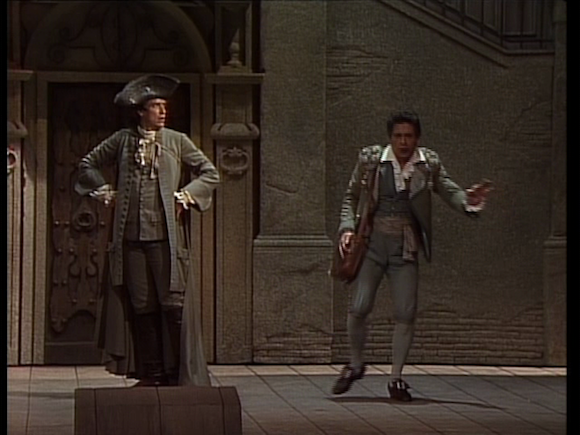 Then there’s Bartoli.  It’s astonishing really.  She seems to come out of the conservatory a fully formed and mature artist.  Everything that we know her for is there; the lovely smokey mezzo tone, the pinpoint coloratura and the crazy ornaments.  Even the just a little bit too cutesy acting is there.  She’s definitely a truly great Rosina and worth the (modest) price of this recording.

The usual Schwetzingen forces; the Stuttgart Radio Symphony Orchestra and Chorus of Cologne City Opera sound just fine in the intimate baroque setting and Gabriele Ferro conducts with verve and a sense of the required style. 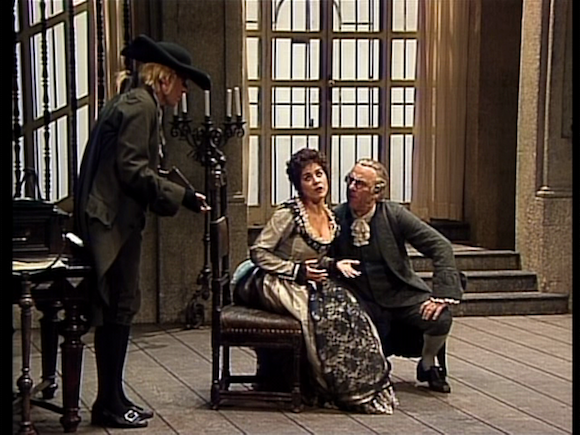 Technically, well meh.  Claus Viller’s video direction is fine.  It’s hard to really muck up on such a small stage but the recording quality (it’s 1988 made for TV 4:3) does nobody any favours.  It’s not as good as some of the other Schwetzingen recordings with a fair bit of lost definition and some shimmering where the picture should be solid.  The stereo soundtrack though is fine.  Don’t be fooled by the box.  There’s no surround sound option.  The booklet contains a synopsis, historical essay and very brief note about the production and subtitle options are English, Italian, Spanish, French and German.

This is worth acquiring as a record of Bartoli’s Rosina and as an example of her early work.  It would be worth the price for Una voce poco fa alone.  Canadians in particular may also be interested to get a look at Gino Quilico in his prime.  This disk is currently available separately or, at time of writing, as part of a five disk set of early Rossini operas, all directed by Michael Hampe and all recorded at Schwetzingen in roughly the same period.