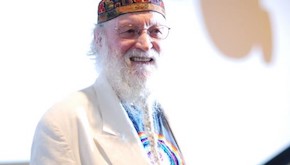 Here’s what’s coming up over the holidays and into January.

The 21C Music Festival runs from January 16th to 20th. This time it will celebrate the American minimalist composer Terry Riley, with his music being performed in three of the concerts, including one that he will headline, titled Terry Riley: Live at 85!  Full details at rcmusic.ca.

This one is not opera but I think it will appeal to many of my readers.  It’s an adaptation of Euripides’ Iphigenia among the Taurians called Iphigenia and the Furies (on Taurian Land).  It’s by Ho Ka Kei and will be presented by Saga Collectif at the Aki Studio from January 6th to January 20th at the Aki Studio (opening night January 10th).  It’s directed Jonathan Seinen and features Thomas Olajide, Virgilia Griffith and PJ Prudat.  More details and tickets at sagacollectif.com

Finally, Tapestry Opera is premiering a new piece called Hook Up from January 29th to February 9th at Theatre Passe Muraille.  Hook Up is by Chris Thornborrow (composer) and Julie Tepperman (librettist) and combines the genres of musical theatre and opera.  The stage director and dramaturge will Richard Greenblatt.  It is billed as “a darkly humorous exploration of privacy and consent in three teens’ coming-of-age.” The cast includes Emily Lukasik, Alicia Ault, Alexis Gordon, Nathan Carroll and Jeff Lillico. The music director is Jennifer Tung.