There are two girls and two guys.  The guys are not who they appear to be.  Nobody is sure who is pairing off with who and there’s a scheming servant.  And we are in Naples.  You know the opera of course.  It’s Rossini’s L’occasione fa il ladre. It’s one of Rossini’s early one act farsi for La Fenice and it’s quite good, if very silly.  There are plenty of musical high jinks with fast paced ensembles and some wicked coloratura.  And it has an unambiguously happy ending.  You will also likely recognise some of the music as, in best Rossini fashion, he used chunks of it in later works.

It’s not often seen but it was staged, along with other early Rossini works, by Michael Hampe at Schwetzingen in 1992 where it was filmed by SWR for TV broadcast.  It’s typical of Hampe’s productions at that time.  It’s entirely traditional with simple sets but careful arrangement of the action.  It’s also well sung and acted by an experienced cast of Rossinians including Susan Patterson (who has awesome coloratura), Monica Bacelli, Natale de Carolis, Robert Gambill and Alessandro Corbelli.  Gianluigi Gelmetti conducts with the Radio-Sinfonieorchester Stuttgart in the pit.  It’s all very efficent and enjoyable. 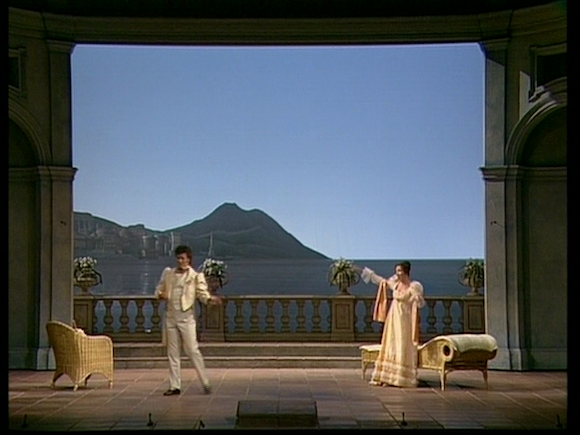 The video quality is very decent for a 1990’s TV production (It’s 4:3 aspect ratio) and it’s helped by the small set.  Claus Viller was responsible for the camera work and is pleasingly unfussy.  The sound options are DTS 5.1, Dolby 5.1 and PCM stereo.  I listened to the first and it’s fine without being exceptional.  Subtitle options are English, German, Italian, French and Spanish.  The booklet has a short essay, a synopsis and a full track listing.

This is the only video recording of this work currently available and is available separately or, at time of writing, as part of a five disk set of early Rossini operas, all directed by Michael Hampe and all recorded at Schwetzingen in roughly the same period.  At $30-40 for the whole set it’s a decent bargain. 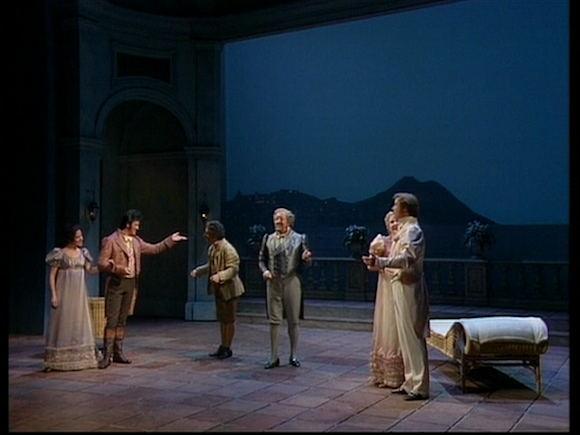