Claus Guth has a way with Mozart.  At his best; with his Salzburg productions of the da Ponte operas for example, he’s superb while I was unconvinced by his Glyndebourne Clemenza, despite its ambition.  I was really keen to see what he would do with an opera like Lucio Silla which, despite some lovely music, is formulaic and potentially very boring. 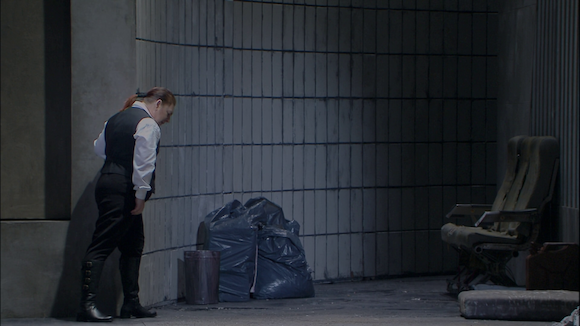 His production filmed at the Teatro Real in Madrid in 2017, though originally created for Theater an der Wien.  It’s quite hard to describe as there are many elements and the camera work on the recording makes it more difficult than it likely was in the house to figure out what is going on.  First of all, it’s a rotating stage.  There seem to be four sides to it:

When the action takes place behind the screens it’s really difficult to figure out what angle the camera is filming from or what was visible in the house. 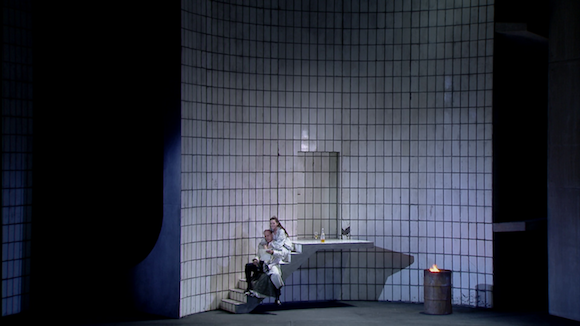 Then there’s the grunge element.  The tiles of Silla’s palace get smeared with blood and filth.  Costumes seem to have come mainly from Goodwill.  Cinna’s supporters seem to be homeless people living in a squatters’ camp and so on.  The characterisations are quite extreme too.  Silla himself is a vacillating and ineffectual drunk (there’s a lot of drinking!).  Celia is a bit daffy.  Giunia goes from stately to batshit insane in a twinkle of an eye.  Actually this is the most spectacular performance.  It’s Patricia Petitbon pulling out all the stops as only she can.  Cecilio and Cinna seem pretty unstable too.  Only Aufidio seems sane really. 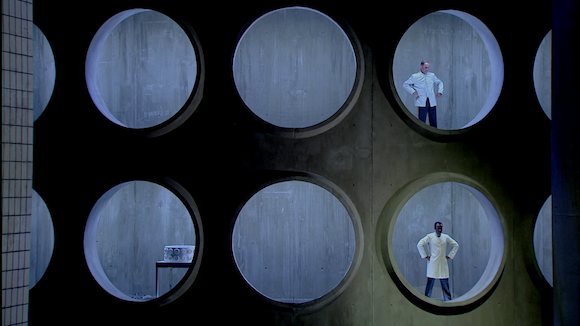 There’s also a lot of movement.  One thing one can’t accuse this production of is “park and bark”.  The stage is moving and so are the singers.  Sometimes it’s just kinetic acting, sometimes it’s formalised, choreographed movements, sometimes it’s a combination, as when a very drunk Silla sort of follows Aufidio’s very stylized moves.  There’s also “imaginary Giunia”; Petitbon in a sort of cowl, who appears when ever Cecilio is thinking of his absent beloved.  So it’s complex and on disk, as previously suggested, it’s a slow reveal.  Worth sticking with I think though. 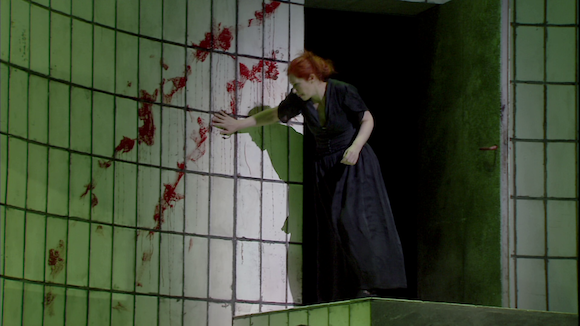 There are some really good performances.  Petitbon sings as well as she acts though sometimes she sacrifices classical style for more dramatic effect.  Kurt Streit’s Silla is also a vocal and histrionic tour de force.  I liked María José Moreno’s Celia, which was girlish and lightened things up a bit.  I find the roles of Cinna and Cecilio problematic.  They are sung here by sopranos; Inga Kalna and Silvia Tro Santafé respectively.  They are both good singers and decent actors but neither looks remotely masculine.  Which tends to be the case so maybe I shouldn’t moan too much.  Kenneth Tarver, as Aufidio, is a solid oasis of calm amid the chaos.  The chorus do what little singing they have to do perfectly well (they really don’t have to act).  The orchestra is fine and Ivor Bolton conducts judiciously and accompanies the recits at the harpsichord. 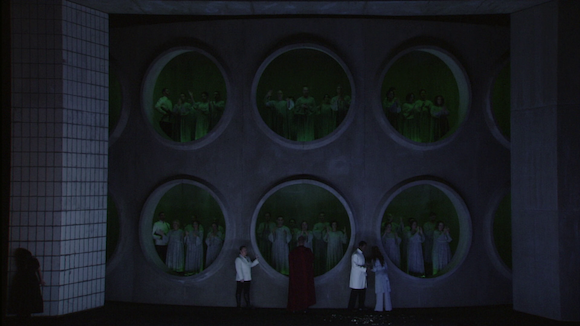 As must be clear by now, I found Jérémie Cuvillier’s video direction quite problematic.  This production is complex enough without the camera work making it more so.  That said, the technical quality of the Blu-ray disk is good.  Both picture and sound (DTS-HD-MA and PCM 2.0) are of excellent modern quality.  There are no extras on the disk and the booklet is limited to a track listing and synopsis.  This prioduction could have used some director’s notes.  Subtitle options are English, French, Italian, German, Spanish, Japanese and Korean. 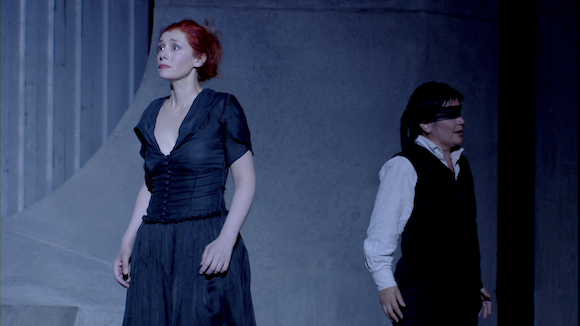 The competition for this disk is Pynkoski’s “Opera Atelier light” version filmed at La Scala.  The two approaches are poles apart and so choice is a matter of taste.  Both have their strengths. 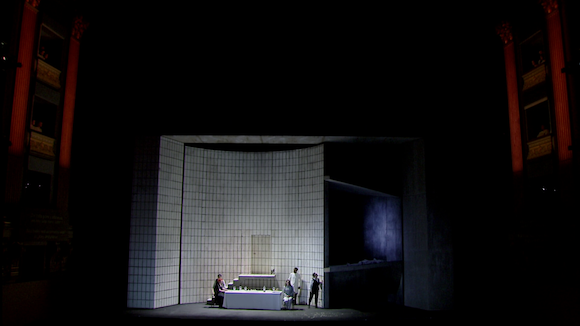