The 2016 production of Mozart’s Le nozze di Figaro from La Scala had me really puzzled after three acts.  There’s nothing to help with the production in either the booklet or on the disk so I went looking on line.  According to the Financial Times, Frederic Wake-Walker’s production replaced a much revered version by Girgio Strehler and is a sort of homage to him filled with references to other of his productions.

This may mean it makes sense to someone with an encyclopaedic knowledge of La Scala productions going back a few decades but for the rest of us it is just puzzling.  Questions I found myself asking included:

It’s also really hard to figure out where and when this production is supposed to be set or how we might read it stylistically.  Sometimes the sets are quite elegant and the costumes are mostly operatic 18th century but there are heavily exaggerated elements in make up, costumes and acting.  I’m forced to concur with Mr. Imam in the FT, who had the advantage of seeing the show live, that:

The opening concept… merely obscures Mozart’s layers of sociopolitical significance, before withering to a parade of incoherent spectacle. What there is of well-crafted stagework sinks under perplexing superfluity.

This is rather a shame as musically this is really quite distinguished.  The principals are all very good.  Diana Damrau, in particular, is a very fine Countess with a meltingly beautiful Dove sono.  Golda Schultz is a fine Sussana too.  Deh vieni is as good as anything Damrau produces.  Carlos Álvarez, as the Count, Markus Werba, as Figaro, and Marianne Crebassa, as Cherubino, are all very good musically but dramatically undermined by pointless clowning.  The same is even more true for the supporting cast with Špicer getting a particularly rough ride. 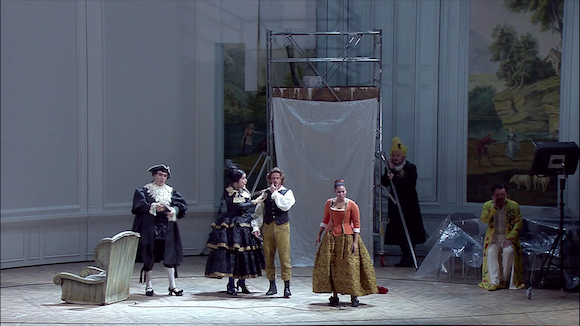 The chorus is in fine form and the orchestra makes one realise why they just won Orchestra of the Year at the Opera Awards.  I really liked the use of fortepiano and cello for the continuo too.  It’s different and effective.  Franz Welser-Most conducts.  His tempi are pretty standard and the ensemble work is fine.  Don’t be fooled by catalogue or box which claims a running time of 214 minutes for the disk.  That includes the trailers packaged as extras and the curtain calls.  The actual opera comes in at 176 minutes which, with more or less standard cuts, is pretty average.

Patrizia Carmine’s video direction is a bit of a mixed bag.  There are just enough long shots to figure out what’s going on, and that gets better later on, but there are almost Halvorsson type close ups in excess.  The picture and sound (DTS HD-MA and stereo) on Blu-ray are first class and probably need to be for some of the shots.  It’s a big stage and not always brightly lit.  Extras are limited to the aforementioned trailers and the booklet has a pointless essay, a track listing and synopsis.  Subtitles are Italian, English, French, German, Spanish, Korean and Japanese.

The catalogue is full of good modern recordings of Le nozze di Figaro; both traditional and quite conceptiual.  I’m not sure who one would recommend this one to.  Damrau fans or people wanting a souvenir of this particular production perhaps?  Most people will likely be better off looking elsewhere. 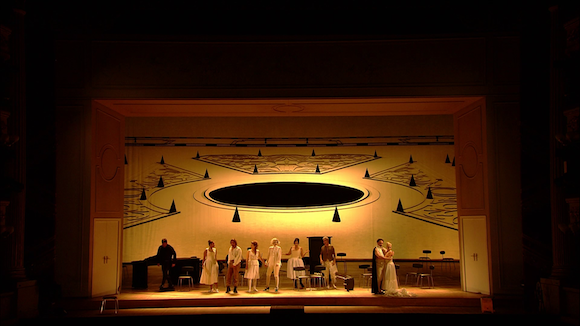