Shortly after their marriage in 1996 Angela Gheorghiu and Roberto Alagna appeared together in Donizetti’s L’elisir d’amore at Opéra de Lyon.  At the time she was 31 and he was 33 so pretty much ideal for the roles.  The production was directed by Frank Dunlop.  It’s straightforward, set in the 1920s and essentially traditional though there are a few nice touches.  It’s what the recent COC production might have been if the asinine attempts to be “relevant” had been ditched.

It’s a simple unit set of an Italian village in the 1920s.  At the opening Adina is wearing riding kit and Nemorino has just returned on his bike from a hunting trip.  The soldiers are sort of pseudo Bersaglieri.  Dulcemara’s car and caravan are indeed gold.  There are a lot of physical gags and this time Dulcemara has two assistants; a younger one in sparkly underwear and Madame Dulcemara.  The latter is played by Luce Bekistan continuing the time honoured French tradition of injecting a “comedian” who only the French find funny into an opera.  It all moves along swiftly, colourfully and good humouredly to the happy ending. 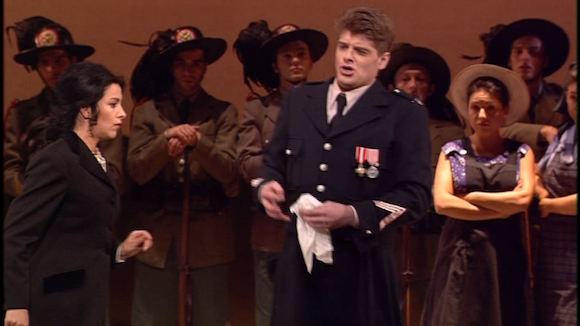 The performances are really good.  Gheorghiu’s sex kitten act works a lot better as Adina than it does today for Tosca.  She also sounds wonderful.  So does Alagna and he manages to inhabit the role the way he does when he’s on form and comfortable.  Also he’s just good at physical comedy.  There’s more eye candy in the Belcore of Roberto Scaltriti and the Giannetta of Elena Dan.  Both are good singers too.  Simone Alaimo is suitably idiomatic as Dulcemara with fine patter work.  The chorus is engaged and mobile and the orchestra is fine.  Evelino Pidò conducts with a clear understanding of the genre. 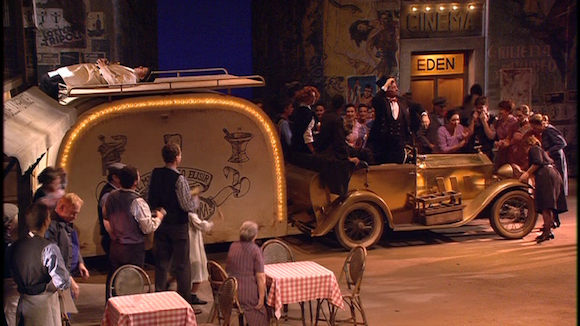 The video direction is by Brian Large and it’s typical.  He’s obviously directing for small screen TV.  He pretty much admits this in the rather odd essay by him about Alagna in the booklet.  One rather needs to get into the mindset of watching a TV sitcom rather than a movie or a stage performance.  It’s 1990s standard DVD video quality which is fine for this production and the way it’s filmed.  The Dolby surround sound is perhaps balanced a bit towards the voices but it’s OK and it’s more immediate than the Dolby stereo track.  The booklet contains Large’s essay, a synopsis and a track listing.  Subtitle options are French, English, German, Spanish and Chinese. 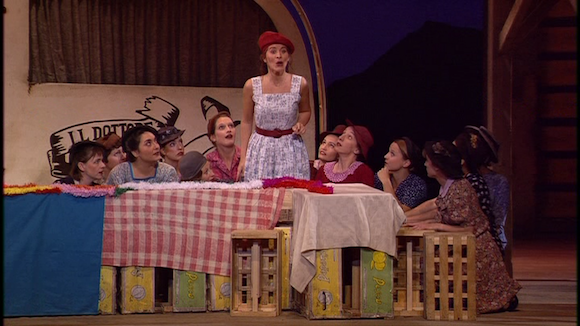 There’s a 52 minute film, Love Potion, offered as a bonus.  There are a few insights in the first 15 minutes or so but, oddly, most of it is given over to the making of the CD recording that followed from the stage show.  Interesting, I suppose, if one wants insights into the thinking process of record peoducers.

As an uncomplicated, made for TV, Elisir this is lots of fun and it stands up pretty well after 20 years.

2 thoughts on “Alagna and Gheorghiu in L’elisir d’amore”