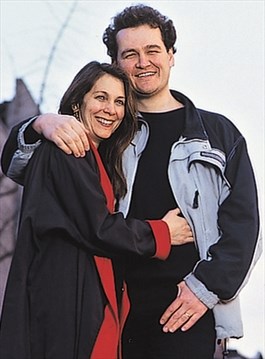 Yesterday’s Mazzoleni Songmasters concert featured Russell Braun and Caolyn Maule in a generous and varied program anchored on Schumann’s Dichterliebe; a setting of sixteen poems by Heine.  It was framed by three Mendelssohn songs and a varied and intriguing second half program.

Russell is a singer at the height of his powers.  He has a lovely instrument and perfect control of pitch, dynamics and tone colour.  He’s also a sensitive and musical human being.  Throw all that at text and music as rich as Dichterliebe and the result is inevitably quite wonderful.  One could just luxuriate in an emotional journey through the highs and lows of romantic love and a physical one up and down that magical river, the Rhine. The Mendelssohn was rather lovely too.

After the break we got a piece with a story.  It was a setting of Carroll’s Father William by Oskar Morowetz.  Apparently Russell found it in manuscript at the back of a filing cabinet with the dedication “To VB from Oskar”.  It played with the absurd text rather nicely and Russell obviously had great fun with it.

Next up was Fauré’s L’horizon chimérique; an evocative setting of four poems by Jean de la ville de Mirmont on the theme of a sea voyage.  This was followed by three ballads by Loewe.  The Erlkönig story is well known and this setting is just as good as the better known one.  Then came Tom der Reimer.  I’ve heard this before I think but I don’t think I’ve ever noticed that it takes place in Gordon country.  It has me thinking about the connections between these German texts and the ballads of the Borders and the East of Scotland.  Russell, need I say it, understands the ballad form and how to tell a story whether fey or just plain silly like Der Zauberlehrling that followed.

There were generous encores. First up was a lovely account of Schubert’s Wandrersnachtlied followed by an even lovelier O du mein holder Abendstern from Tannhäuser.  Makes me wonder where Mr. Braun is headed rep wise!

All in all a great way to spend a Sunday afternoon.

2 thoughts on “Russell Braun and Carolyn Maule at Mazzoleni Hall”