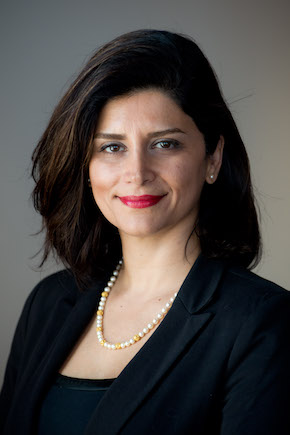 Tapestry’s upcoming show TapEx: Forbidden features music by Iranian-born composer Afarin Mansouri with a libretto by Afro-Caribbean hip hop artist Donna-Michelle St. Bernard. Four vocalists are featured; Neema Bickersteth, soprano; Shirin Eskandani, mezzo-soprano; Alexander Hajek, baritone; and Saye Sky, Farsi rapper and spoken-word artist.  I have a long standing interest in blending western classical music with other cultures and genres, partly at least because I get to hear a lot of North Indian music, and I’ve been intrigued by other “fusion”projects such as Alice Ping Yee Ho’s The Lesson of Da Ji and some of the cross-cultural experimentations in dance such as Esmerelda Enrique and Joanna Das’ collaborations.  All of this is a long intro to saying that before Christmas I got the chance to put some questions to Afarin Mansouri about the upcoming show.  Her responses are enlightening and intriguing.  So here’s the exchange:

How would you describe your overall approach to combining classical Persian and classical Western musical forms?  I’m thinking both stylistically and in terms of instrumentation?

Tap:Ex is all about thinking outside the box and expanding genre norms. Suitably, the story behind Forbidden plays with societal ideas of breaking rules and norms.

In terms of instrumentation, I decided to introduce some of the old instruments used in Persian traditional music to refresh the ears of the audience. My ensemble is comprised of Persian flute (Ney), Tar (a plucked string instrument) and variety of percussion, mostly Persian drums such as Tombak, Daf, Dayereh and Dohol.

Stylistically speaking, the opera is mostly based on rhythmic ideas as opposed to harmony. Some of the rhythmic ideas are derived from the spiritual gathering of Daravish and are built based on the mantras and Zikrs, as they are called in Farsi and Arabic. In terms of meter, depending on the scene, the meter has been chosen to correspond with a specific Persian Dastgah’s form. For example the dance movement known as “Reng” is in 6/8. To contrast, I have used other meters such as 7/4 and 5/4 in some sections, drawing from the contemporary Western music tradition.

In terms of melodies and modes, there is a huge variety. Across the opera’s 14 scenes and vignettes, I use some of Persian Dastgahs and Modes, but not as purely as they would be heard in traditional music. For example the opera starts in Dastgah e Šur, and introduces the Kereshme in an abstract way using quartertones. In some other scenes you can hear Esfahān briefly. These references are both familiar and intentionally notated with different tonics not normal for these modes, something that a traditional musician would never experience when playing Persian traditional music.

This is all to say that the work’s harmonic and rhythmic soul does not adhere to strictly Eastern or Western rules, but breaks both. The most consistent element comes from its narrative as it follows the journey of a young girl in conversation with Lucifer. Donna-Michelle St. Bernard, my collaborator and the librettist, drawing her background as a rapper, integrated rap/hip hop’s rhythmic ideas and improvisation-jam principles to make Forbidden a true hybrid.

For the careful listeners, woven into the fabric of this score are more than twenty leitmotifs including two traditional melodic-motifs. One, which opens the opera, is from Dastgah e Šur, Kereshme. The second one, which closes the opera, is based on a well known Kurdish spiritual chant. These two melodic-motifs are not only related to the story and the symbolic meaning behind them, but also are transformed to vocal music matched with English syllables, something that is again outside the norm for these melodies.

How’s that different when hip-hop come into the equation?  In particular, is spoken word an issue here and how do you deal with it musically?

Alongside opera and Persian classical music, hip hop is the third crucial element for Forbidden. Donna-Michelle has been integral when it came to experimenting during the compositional process. She shared with me numerous samples including her own recorded voice rapping on rhythmic motifs I was playing with.

Although it was a great challenge, the heart of rapping is rhythm and beat, which is the heart and driving force for Forbidden. Once we reconciled this overlap, we began to find the most exciting ways to create:

As I understand it hip-hop is primarily a dance form.  Do you have a dance background?  How have you dealt with the “dance element”?

As I understand it, historically hip hop had 5 pillars at its core: rapping/emceeing, orality/beatboxing, DJing/turntablism, breakdancing, and graffiti art. In Forbidden we are dealing mostly with rapping and a little bit of beatboxing.

I don’t have an academic or professional dance background, but dance elements are built into both the hip-hop and Persian classical influences.I have also combined some of the hip hop sections’s rhythmic motifs with Persian dance styles such as Reng (a Persian dance musical form driven from Dastgahs), which is accompanied by Tombak and is written in 6/8. In order to see how that is dealt with in performance… you will have to come!

I see for “Forbidden” there are four vocalists with different backgrounds, styles, and potential.  Does this figure into the composition?  How?

Absolutely. We are blessed with highly skilled performers who are able to sing in different styles with vast vocal ranges, unique timbres, and many more qualities. They are the power that will take Forbidden to another level.

What’s been the biggest challenge in creating Forbidden?

Everything! From being part of developing and creating the story to putting the last notes on the page, choosing the instruments, and writing for instruments and styles I have never written for. I have also been pushing my creative boundaries to break the rules and thinking outside the box throughout every moment in the creation process. In addition, overcoming the fear and doubt about experimenting with mixing three styles of music was the biggest challenge, which has helped me grow stronger.

What’s been the most fun?

I’ve enjoyed so many aspects of this process. I’ve loved getting to know many amazing artists and being able to create something new with them and learn from them. Creating something new which was developed slowly and step-by-step in about a year has been very fulfilling and made even better by working with Michael Mori (artistic director, dramaturge, and stage director) who is constantly supporting us and sharing his vision for the work we want to create. I have also relished the hours of story development and meetings with librettist Donna-Michelle and the great magical artistic connection I found with her during the creation process.

Who should come and see Forbidden?

I’ve probably not asked the question you really wanted me to.  What is it and what’s the answer?

This opera means a lot to me. From its story and style to its cast and musicians. The subject matter made me another person. We spent a few months researching the subject forbidden and found so many true stories; some horrifying, some sad, and some funny. We found almost 20 categories in which forbidden was applied to race, gender, social, politics, and religion among other things. It was so hard to select only a few categories. Some things that are forbidden in one culture, are a norm in another culture. The barrier is lack of knowledge about what is not familiar to us. It is the knowledge that becomes that forbidden fruit. The more we learn, the less we judge.

The Forbidden opera is also very important to me as a composer with a Persian background: opera was a genre being banned in Iran after the 1976 Revolution. I feel blessed to be able to create and to see the performance of my opera.

I hope all of this provides some food for thought!

Me again – It doesn’t just provide food for thought it really makes me want to see this show.  I hope readers feel the same way!

Tap:Ex Forbidden plays February 8th, 9th, and 10th at 8pm; February 11th at 4pm at the Ernest Balmer Studio in the Distillery District.  Tickets are $45 and available at https://tapestryopera.yapsody.com/ 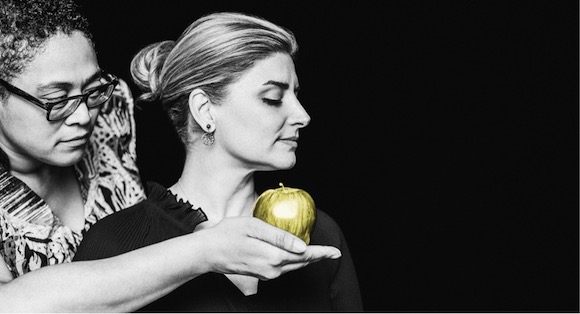