Harry Somers’ Louis Riel is iconic.  It was the first Canadian opera to be performed by the COC (in 1967) and with its uncompromising musical modernism it stands out quite distinctly from the general corpus of Canadian operas.  Even after 50 years it retains an “edgy” quality musically.  It’s also iconic in that it uses the story of the Métis rebellions of 1870 and 1885 to explore the nature of Canadian identity.  It’s also hugely problematic in that the libretto, quite naturally, sees that issue in 1960s terms; i.e French vs English with a side of Ottawa versus the West.  There’s little room for Métis or First Nations sensibilities and the original production, recorded by the CBC in 1969, exacerbated that with a hyper-realistic treatment that made unfortunate use of a number of derogatory stereotypes of Aboriginal people.  This was compounded by the use of a sacred Nisga’a mourning song with new words as a lullabye; the most famous part of the opera – the Kuyas –  without acknowledgement or permission. 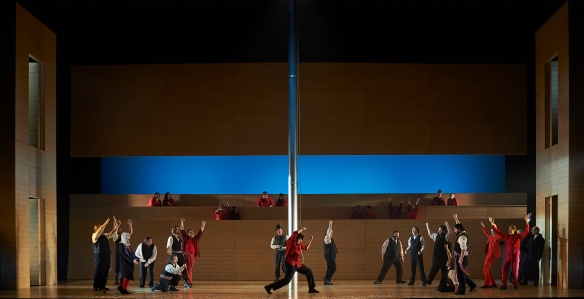 The climate in Canada fifty years on has changed.  First Nations issues, “Truth and Reconciliation”, residential schools, pipelines etc are major political agenda items though so far government has been much longer on words than actions and while few politicians today would get caught referring to “half breed Papish bastards” there’s still plenty of that sort of thinking around.  The COC, in conjunction with the National Arts Centre, was then taking a huge risk in reviving Louis Riel.  Fortunately I think they got the mitigating strategies right.  They engaged Peter Hinton as director; a man with little opera experience but a track record of dealing sensitively with aboriginal issues.  They gave him considerable freedom to, frankly, make fairly major changes to the work which, wisely, the estates of composer and librettist cooperated with.  He made sure that there was a process of engagement with aboriginal artists, academics and elders.  The questions in my mind, heading for the theatre last night for the opening were “Would this be enough?”.  “Could the enormous time, effort and commitment put in by all involved overcome the problems of a fifty year old libretto?”.  The short answer is yes.  My hopes were fulfilled, my fears dispelled, my expectations exceeded.  And now perhaps I should write a review but I’m off to an all day symposium on Riel so that will have to wait.  But you don’t have to wait to get your tickets for a truly landmark event in both Canadian opera and the Truth and Reconciliation process.  More later. 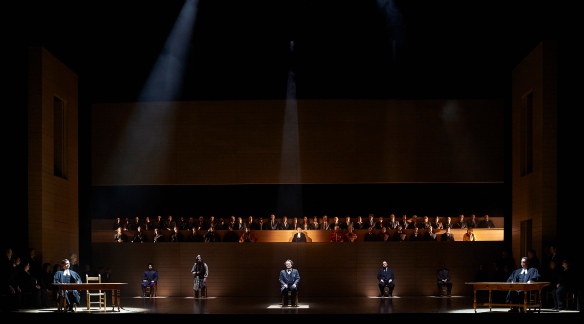