Rossini’s Aureliano in Palmira is a rarity for a whole host of reasons.  There’s no definitive edition.  Many of the extant scores have much easier versions of the main arias for the tenor titular character.  Quite a bit of the music was reused for Il barbiere di Siviglia, often in ways that seem quite odd after hearing it in its original context.  Finally, the plot is a bit thin.  Not that that usually worries bel canto aficianados. 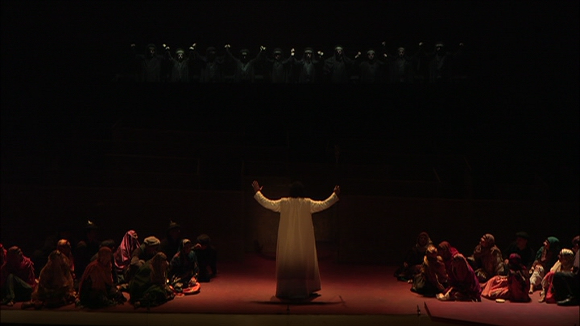 The plot is simple enough.  Aurelian, emperor of Rome, is at war with Zenobia, queen of Palmyra, who has revolted.  She is assisted by her lover, the Persian prince Arsace.  One of the Roman ladies, Publia, is also in love with Arsace and Aurelian is looking to make a strategic marriage with Zenobia.  By various means Arsace keeps getting loose, despite assorted threats of death and worse from Aurelian but gets beaten every time.  After umpteen rounds of this Aurelian is persuaded by Publia to be merciful and give up his proposed marriage if Zenobia and Arsace return to Rome’s allegiance.  So we get a happy ending though history tells us that, in fact, Zenobia resisted to the end and was dragged in chains through Rome at Aurelian’s triumph.  There’s also a pastoral interlude with real live goats (who don’t bleat, they leave that to tenors). 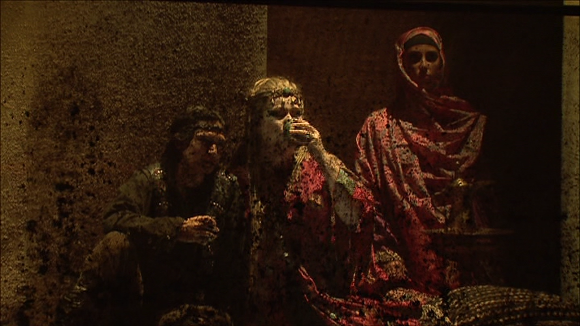 Musically it’s very early Rossini (1813) and feels quite transitional.  There are nods to opera seria.  Arsace is a castrato role.  Probably, in fact, the last major role written for a castrato. There are plenty of set piece arias with lots of coloratura but there are also ensembles and choruses in abundance.  The bel canto element is very much there too.  There’s lots of beautiful music and beautiful singing that rather belies the emotional tenor of the scene in question.  It’s actually rather good and it seems surprising it has been so neglected. 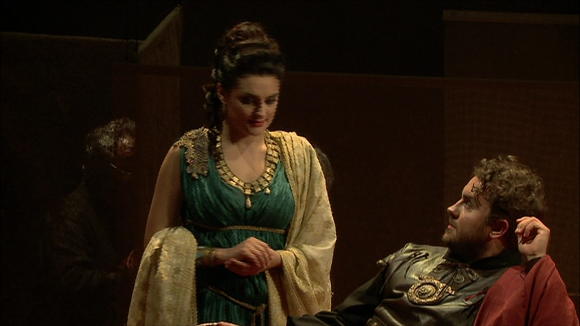 For the performance recorded in Pesaro in 2014, Italian film director Mario Martone has chosen to keep the piece in its historical setting and to tell the story in a fairly straightforward way.  I noticed only two real deviations from that.  For reasons I never fully fathomed the harpsichord is on stage throughout.  Then, right at the end, as the ensemble, in a rigid line, sing the happy ending, the actual historical facts (and even commentary by Edward Said) are projected behind them.  He also uses the device of a labyrinth early in the opera to create space between east and west and between Zenobia as a queen and a private person.  This, however, doesn’t really translate well to film. 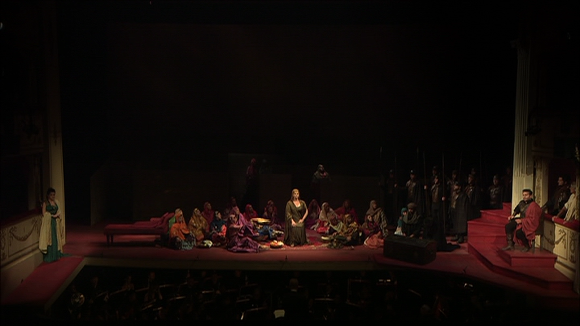 So, there’s nothing too deep here and as with most bel canto the real question is how good is the singing.  On this recording it’s very good indeed.  Michael Spyres is about as good as Rossini tenors get and though, in fact, he doesn’t get the most interesting music, he makes the most of it with suitably agile and heroic singing.  Jessica Pratt sings Zenobia and has all the bases covered.  Her voice is quite beautiful through the registers and her coloratura is spot on.  Best of all perhaps is Lena Belkina as Arsace.  She has the full three octave range needed and has power and agility too.  There’s a nice cameo, right at the end, from Raffaella Lupinacci as Publia.

Will Crutchfield conducts his own performing edition and has clearly thought through the implications of every phrase.  The festival orchestra; the Orchestra Sinfonica G. Rossini, sound fine and the chorus of the Teatro Comunale di Bologna convincinly portray Romans, Palmyrans, shepherds and goatherds as required.  The goats are very cute. 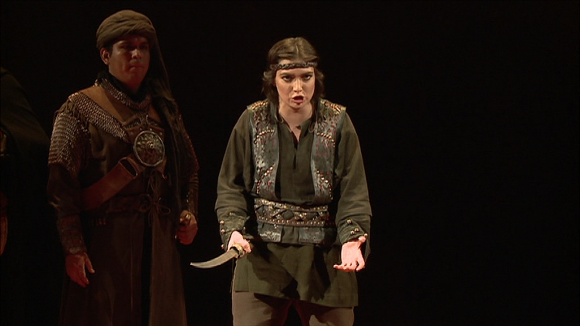 Video direction is by Tiziano Mancini and he does a good job of filming a tricky production. Much of it is very dark and long shots on DVD are a bit problematic.  There’s a Blu-ray which might be better.  He also has to cope with multiple scrims in the labyrinth and the projected script at the end.  All up, it’s a satisfactory representation of what’s on stage.  Technically, the picture is challenged in the darkest scenes but is otherwise excellent.  Do;by Surround Sound is also more than adequate.

There’s a fourteen minute “Making of” documentary which is interesting but leaves a number of production questions unanswered.  The booklet has a synopsis, track listing and essay.  Subtitle options are Italian, English, German, French, Korean and Japanese.

I was really expecting this to be a ho hum Rossini rarity but it’s better than that.  Looked at as early bel canto the work stands up quite well, the production is quite interesting and the music making is always good and, at times, spectacular.

And, on a final note, the timing makes me wonder whether this was the opera that Fabrice was talking about at the inn early in The Charterhouse of Parma.