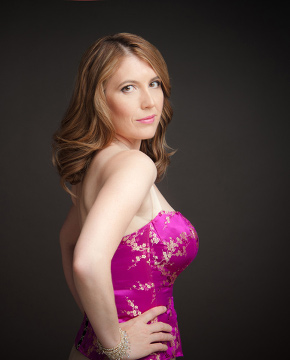 Tapestry Songbook is the culmination of New Opera 101; a week long masterclass where young singers get to work with established performers on repertoire from Tapestry’s extensive collection of recent Canadian work.  This year the “masters” were Krisztina Szabó, Keith Klassen and Steven Philcox.  The week culminates with a series of concerts of :scenes”; some performed by the “masters” and some by the students.  As there were fourteen pieces performed and a cast of thousands I’m just going to report on my personal favourites with due apologies to anyone who got left out.

Klassen, Szabó and Philcox kicked things off with the rather disturbing Merk’s Dream; a collaboration from the 2011 LibLab by Nick Carpenter and Elisabeth Mehl Greene.  It’s a creepy vignette of a dying man trying to get through, and largely failing, to his developmentally challenged daughter, brilliantly portrayed by Szabó.  This was followed by  In This World George is Heartbroken; a 2012 LibLab piece by Hannah Moscovitch and Lembit Beecher about various, largely imagined, aspects of a dull middle class marriage.  By turns hilarious and violent it featured a really interesting prepared piano accompaniment and featured three of the stars of the evening; Gwenna Fairchild-Taylor, Janaka Welihinda and, new to me, the very impressive Markéta Ornova on piano. 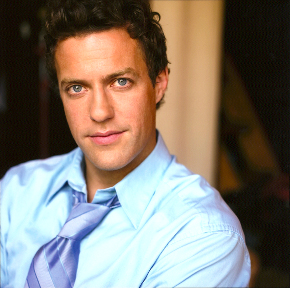 An excerpt from The Waterfall; a 2010 Liblab piece by Maja Ardal and Norbert Palej was complex and interesting musically and allowed Victoria Marshall to show off one of the more beautiful voices of the evening.  Micah Schroeder was an excellent foil.  The trio from  In This World were back with one of my all time Tapestry favourites A Little Rain Must Fall by David Yee and Chris Thornborrow.  It’s the disturbingly funny story of a man all of whose previous girlfriends (and his dog) have died more or less  mysteriously.  He suspects his current squeeze just too late.

After the break we got a Tapestry classic; Nicolas Billon and Cecilia Livingston’s The Yellow Wallpaper in which Krisztina Szabó is either hearing things (voiced by Paulina Swierczek) or being  gaslighted by her  rather sinister husband sung by Keith Klassen.  Hannah Moscovitch and Ivan Barbotin’s The Rape of Artemisia is based on an incident in a the life of a female and only recently rediscovered baroque painter.  It’s as uncomfortable as any rape aftermath could be and was brilliantly sung by Rebecca Gray with a very creepy Janaka Welihinda as her assailant.  More terrific work from Ornova on piano. 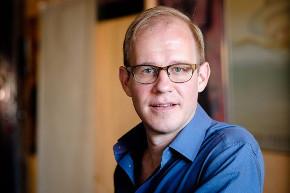 Mental illness is always a tough topic for opera (unless it’s 19th century female hysteria) and Sharon Bajer and Darren Russo’s portrayal of post-partum depression is quite chilling.  Marianne Moore and Micah Schroeder did a fine job of portraying a couple caught up in utter mutual incomprehensibility.  David Yee and James Rolfe’s The Blind Woman is musically very interesting with, sadly rather unusually, really interesting writing foir the voice.  It’s the story of a dancer saying goodbye to her fading sight.  Fine, sympathetic performances from Nicole Dubinsky as the dancer and Rebecca grey as her sight with Frances Armstrong-Douglas at the piano.

The finale brought our “masters” back on stage for the perennial crowd pleaser You and Meme by Nicolas Billon and Dean Burry.  It’s a hilarious piece where an awkward date at Starbucks is “redeemed” by the screaming goat meme.  A scene as tepid as a Starbucks latte descends (or ascends depending on your POV) by scatological stages to extreme horniness.  It’s deservedly become a pocket classic.

Final coda for those who haven’t heard the news.  It’s just been announced that Krisztina will make her Covent Garden debut in a new George Benjamin opera in May 2018 alongside Barabara Hannigan.  The piece, Lessons in Love and Violence, will also be seen in Amsterdam, Hamburg, Lyon, Chicago, Barcelona and Madrid over the next four years.  Congrats!