UoT Faculty of Music have just announced their 2016/17 season.  It’s the usual broad range of performances so I’ll highlight the opera and vocal music contributions.

UoT Opera is offering four shows.  The fall main production is Offenbach’s Orpheus in the Underworld with new English dialogue and stage direction by Michael Patrick Albano.  Choreography i by Anna Theodosakis and Russell Braun makes his podium debut.  There are four performances November 24th to 27th.  Spring sees a Handel rarity; Imeneo.  Tim Albery directs and Daniel Taylor is in charge of the music.  This one runs March 16th to 19th.  Both shows are in the MacMillan Theatre. 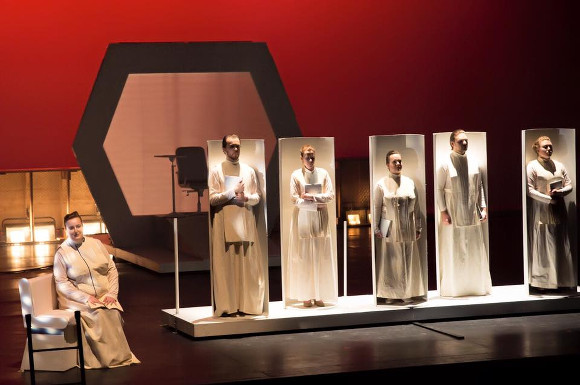 The Early Music department is doing Purcell’s The Fairy Queen on Sunday February 12th in Trinity College Chapel.  Get there early.  The sightlines in TCC are awful.

There’s also opera in the New Music Festival; specifically a concert performance, on February 1st in Walter Hall, of The Killing Flower by Salvatore Sciarrino.  It’s based on the life of late 16th century composer Carlo Gesualdo, the count who murdered his wife and her lover.  Geoff Sirett, Shannon Mercer and Scott Belluz are featured.

The entire schedule can be downloaded as a PDF at https://music.utoronto.ca/docs/notes_1617__final_for_web_aug_12.pdf