I’m really not sure what to make of Jürgen Flimm’s 2004 production of Fidelio for the Zürich Opera House.  It’s not offensive and it doesn’t really get in the way of the story but it seems quite devoid of originality beyond mixing styles in a way one might describe as anachronistic if one could figure out when synchronistic would be.  Rocco wears a sort of frock coat with, apparently, goatskin pants, Marzellina’s dress looks probably 20th century, bolt action magazine fed rifles are apparently muzzle loaded and metal cartridge cases filled by hand.  Then to cap it off when Don Fernando shows up he looks like he’s stepped straight out of a Zeffirelli production of Der Rosenkavalier.  So “nul points” for coherence.  For once one rather appreciates that so much of the action takes place in the dark. 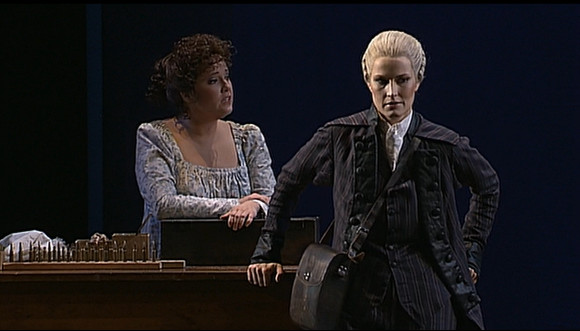 The music making is really rather good though.  Quite excellent in places.  Camilla Nylund and Jonas Kaufmann make a splendid couple; truly radiant in “O namenlose Freude!”. Really this production only comes alive in Act 2 and these two make that happen.  Laszló Pólgár is a really sympathetic and beautifully sung Rocco.  Not at all a comic character here but one of great dignity and pathos.  Günther Groissböck is a very aristocratic Don Fernando to match his outfit.  Elizabeth Rae Magnuson is fine as Marzelline and Christoph Strehl gives a rather, angsty, nerdy portrayal of Jaquino.  My only question mark really was Alfred Muff’s Don Pizarro.  It’s quite a coarse reading; both in acting and in vocal tone.  Not that that is necessarily unfitting but it seems a bit at odds with the rest of the singing.  Nikolaus Harnoncourt conducts and it’s very intense and high energy.  That works for me.  The Zürich chorus and orchestra are good as ever; curiously using entirely modern instruments here rather than the valveless brass used in Der Freischütz. 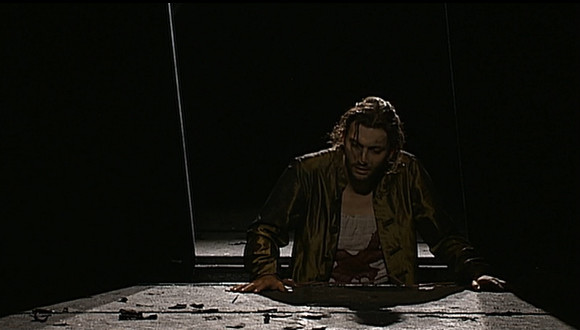 Felix Breisach directs for video and does a decent job of coping with the many very dark scenes.  He’s helped by a splendid picture.  The only sound option is PCM stereo but it’s a very vivid stereo and quite acceptable.  The booklet has an essay, track listing and synopsis and subtitle options are English, German, Italian, French and Spanish.  Currently this recording is only available on Blu-ray as part of the Nikolaus Harnoncourt Opera Collection together with Weber’s Der Freischütz and Schumann’s Genoveva, all on one disc and priced accordingly, or as part of an eleven disc, rather eclectic collection. 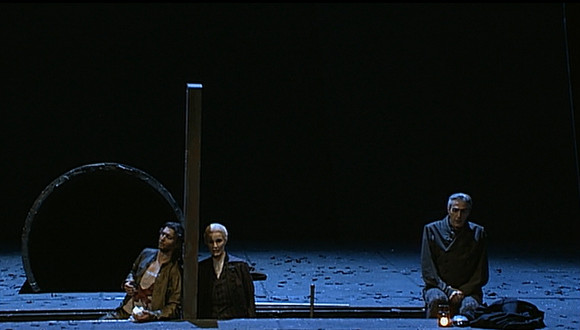 There aren’t many modern video recordings of Fidelio available.  Besides this one there’s a 2000 Metropolitan Opera effort with Heppner and Mattilla also directed by Flimm which is musically quite good but very conservative and with dodgy video direction.  A better bet is the 2008 recording, also from Zürich, with Roberto Sacca and Melanie Diener; the latter in especially good form.  I can’t really say there is a clear winner. 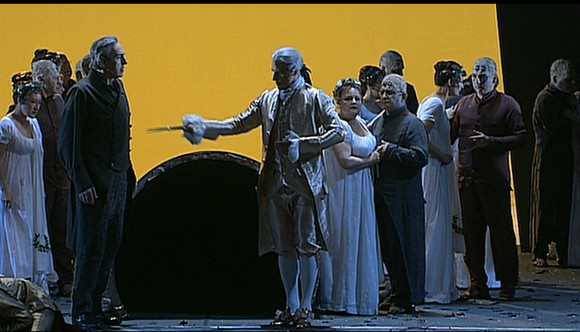 5 thoughts on “A weirdly eclectic Fidelio”