Nikolaus Harnoncourt has long been one of my favourite conductors, particularly for pieces that require a strong sense of period.  The same goes for the wonderful Zürich Opera House Orchestra who, uniquely as far as I know, can change up their instruments to suit the piece.  For Weber’s Der Freischütz, recorded in 1999, they use valveless brass but, as best I can tell, modern woodwinds and it all sounds great especially in the many hunting scenes.

The production, by Ruth Berghaus, is rather abstract with planes at odd angles and a lot of monochrome costuming though some rather bilious lighting in the Wolf’s Glen scene.  She also goes in for quite a lot of stylised gesture from both soloists and chorus.  This works rather well with some really interesting and rather cute acting by Malin Hartelius in Act 3.  It’s quite abstract and I suppose some people would be happier with more lederhosen but I think it succeeds.  The plot doesn’t really need Hammer Horror film effects to come across and Berghaus’ production tells the story while helping focus the audience on the characters and the singing. 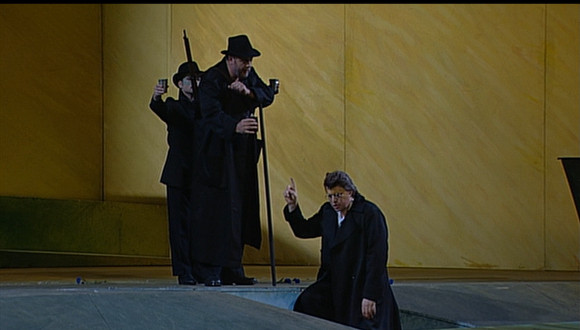 The cast is strong.  Is this ever not the case in Zürich?  The men are led by Peter Seiffert’s beautifully sung, and rather nerdy, Max and Matti Salminen’s extremely imposing Kaspar.  The rest of the men are more than adequate with László Polgár providing a really dignified and affecting cameo as the Hermit in the final scene.  The ladies are perhaps even better with Inga Nielsen as a sweet and vulnerable sounding Agathe and Malin Hartelius producing a slightly weird but beautifully sung and curiously touching Ännchen.  The chorus looks and sounds terrific too. 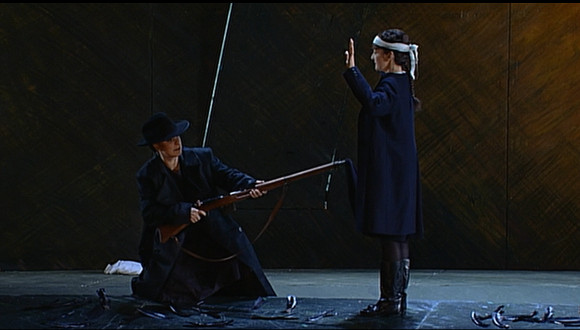 Alf Berghard’s video direction is so splendidly unobtrusive that I really didn’t notice it at all.  Despite the recording date the picture on Blu-ray is full 1080i and looks great.  The only sound option is PCM stereo.  The omission of a surround track seems to be because this performance is coupled on a single Blu-ray disk with two other Harnoncourt Zürich recordings (Schumann’s Genoveva and Beethoven’s Fidelio).  The stereo actually sounds very good and I didn’t really miss the surround track and at 3 for 1 pricing I’m not complaining.  The booklet has a full track listing and a synopsis and there are English, French, Italian, German and Spanish subtitles.  At time of reviewing this performance was not available on its own but only as part of the Nikolaus Harnoncourt Opera Collection disk.

There aren’t many video versions of Der Freischütz and as this one is rather good and bargain priced to boot it’s easy to recommend it. 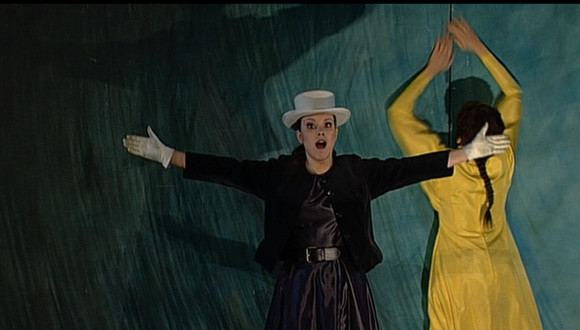