Gounod’s Mireille is a bit of a rarity and with good reason.  It’s got everything that modern audiences find hard to take in 19th century French opera.  It’s revoltingly wholesome with a bit of the supernatural, some patriarchal nastiness and a whole lot of Catholic schmaltz thrown in culminating in a final scene where the dying heroine (of course the heroine dies!) is carried off to heaven by angels while everybody else is suitably pious.  It also has some pretty good tunes and a fiendishly difficult soprano lead part.

The 2010 production for the Opéra Nationale de Paris is given a hyperrealistic treatment by Director Nicolas Joel.  It might be interesting to see what a more radical director would do with it but I suspect there’s really nothing much to work with.  So, cornfields are cornfields, devil’s valleys are devil’s valleys and so on.  It’s all a bit like Anne of Green Gables meets Der Freischütz  plus a lot of saints and candles. 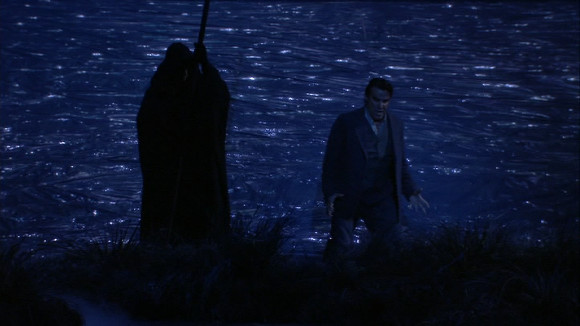 The performances are more than decent though.  Inva Mula navigates the not inconsiderable vocal challenges of the title role with apparent ease and is as convincing an actress as the thing needs.  The ever reliable Charles Castronovo partners her effectively as her lover Vincent.  Sylvie Brunet shows up as the wise woman/witch Taven and is, of course, terrific.  Wasted a bit really.  The rest of the cast is fine and Marc Minkowski gets suitably tuneful and, mostly, rather jolly playing out of the orchestra. 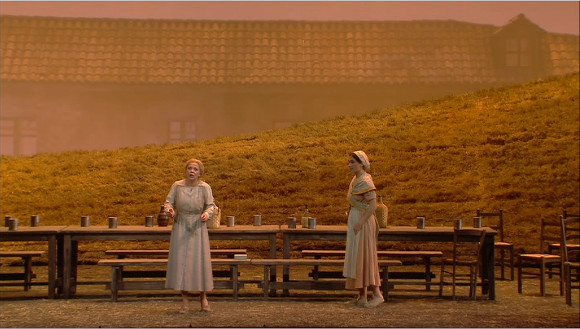 François Roussillon’s video direction is as straightforward as everything else and picture and sound (DTS 5.1) are just fine, the picture helped by mostly fairly bright lighting.  There are some interviews with the creative team offered as a bonus on the disks.  I can’t comment on the booklet as it was missing on the library copy.  Subtitle options are English, French, German, Italian and Spanish.

This is probably really only for the fans of this repertoire.  It’s well done on every level but the piece itself is a bit feeble.