Matthias Hartmann’s staging of Carmen for the Opernhaus Zürich recorded in 2008 is starkly simple but very beautiful and provides a perfect vehicle for the considerable talents of Vesselina Kasarova and Jonas Kaufmann.  The set consists of a plain backdrop and a raised elliptical disk, reminiscent of a bull ring.  A few, very few, props are added as needed.  A dog lies asleep at the front of the set (replaced by a cattle skull in the final act). 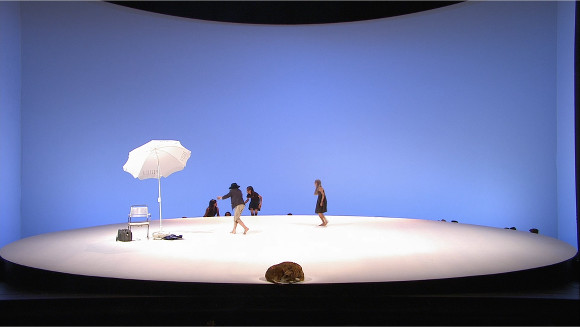 Costuming suggests a 1970s ish setting but it hardly matters.  The soldiers look (and frankly act) much more like policemen than soldiers.  In fact they are rather a scruffy, disreputable lot.  Micaëla clearly knows what kind of “respect” she’s in for when she loses her dress in the opening scene.  When we first meet Don José he is bespectacled and reading a gardening magazine (in contrast to Zuniga who is reading Playboy).  He’s extremely discomfited when Micaëla tries to kiss him.  In fact he’s a complete dweeb.  It seems to be the challenge of seducing him that drives Carmen’s interest. 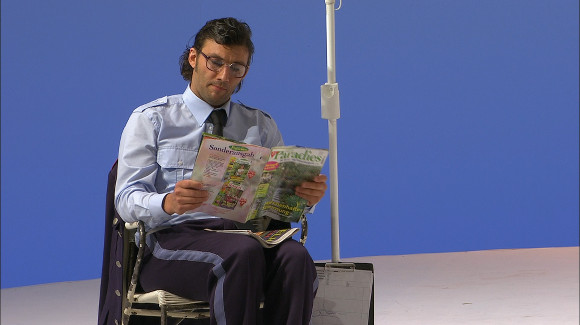 From then on it’s all very well done in an entirely straightforward manner.  Right down to a final scene of stark intensity that epitomises what is so good about this production.  There’s the stage, a tree, a skull and two singers.  That’s it.  Kasarova just gets more intense and Kaufmann sings in a way that conveys his moral and psychological disintegration while sounding achingly beautiful.

Kasarova’s Carmen is a wonder.  She is, of course, a true mezzo with a wonderfully dark toned voice which she uses to great effect (personal preference I suppose but I much prefer a mezzo in this role).  From her first appearance she dominates every scene she is in.  It’s a kind of intensity that’s very hard to describe but very compelling.  Kaufmann does the transition from dweeb to desperado with great acting and truly gorgeous singing.  Michele Pertusi is a very engaging Escamillo.  He sings very well but it’s his “hail fellow well met” characterisation that’s a bit special.  The fight scene exemplifies it.  It’s all “sure I’ll fight to the death just to oblige you mate”.  He also does a very good “Of course you are in love with me Carmen.  All the girls are.”  Isabel Rey’s sweetly sung Micaēla is rather more knowing than most and Morgan Moody’s Zuniga is splendidly sleazy.  The whole is more than the sum of the parts.  Franz Welser-Möst conducts and maintains the forward progress and intensity really very well, sometimes employing breakneck speeds.  The Zürich orchestra and chorus are their usual excellent selves and the children are very good too.  The cutesy sentimentality that usually cloys the scenes they appear in is completely absent here.

Felix Breisach is the video director.  He does a vey nice job, no doubt helped by the essential simplicity of what he’s filming.  The video and sound quality on Blu-ray are pretty much what one expects.  There are no extras but the booklet, besides a track listing and synopsis, contains a decent essay by Warwick Thompson.  Subtitle options are French, English and German. 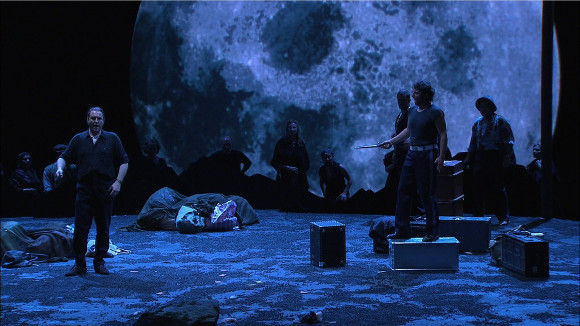 This really is a very good disk which holds up in a very crowded field.  As a relatively non-traditional Carmen its main competition must be Bieito’s excellent, and quite different, Barcelona production.  I think both are must sees.