My review of the opening night of the COC’s much revived Brian Macdonald production of Madama Butterfly was as lukewarm as the audience reaction.  In fact, I’ve never seen  an audience in that house so subdued.  Reviews of the alternate cast with Kelly Kaduce in the lead had generally been more encouraging so I was keen to see what she could do.  I saw it yesterday afternoon.  Let’s cut to the chase.  She transforms the production.  It’s like watching a different show and every scene she appears in has an energy that was lacking before. 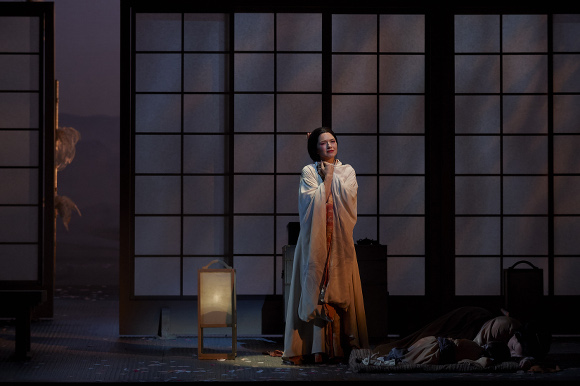 What makes the difference?  First of all she was vocally much more assured than Patricia Racette had been (to be fair, Ms. Racette may very well not have been in the best of health if rumour is to be believed).  Kaduce’s voice was full and sweet toned all the way up her registers and her vibrato remained under strict control even when she was pushing a bit.  “Un bel di” was ravishing but she was afraid to go ugly when the drama demanded it. I think though it was her acting that really made the difference.  She was believable as a teenager.  She was hyperactive with a palpably short attention span and violent mood swings.  She was the very opposite of an established diva steaming majestically through the role.  So crucial was this that the big scenes when she was not on stage seemed curiously lacking, even the big Pinkerton/Sharpless/Suzuki trio.  Yes, she got under my skin and, Puccini resistant as I am, I shed a tear or two. 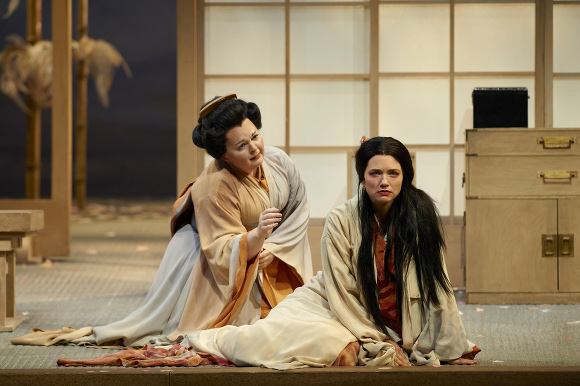 There were a few other cast changes.  Andrea Carè was Pinkerton.  He’s got a pleasant and genuinely Italianate tenor which I enjoyed without getting any real buzz.  He got panto booed at the curtain call (seriously Toronto, grow up) but he was expecting it and just grinned.  The Goro also changed with Michael Colvin coming into the role.  I think he’s a more natural comedian than Julius Ahn and the piece was all the better for it.  Finally I found Greg Dahl less anonymous as Sharpless than Dwayne Croft.  Liz Deshong was a again a highlight.  So, not for the first time in a COC double cast “bums on seats” production the less obviously starry cast turns out to be a better bet.  Lots to think about there. 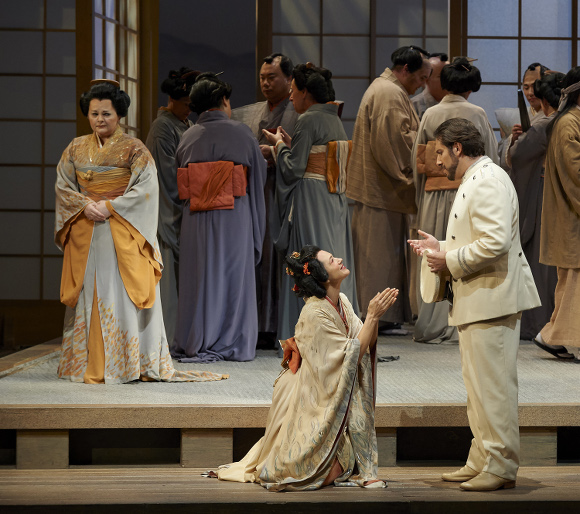 I still think this production is past its sell by date.  As Gianmarco Segato has pointe out elsewhere perhaps we have reached the point where it’s no longer possible to ignore the real problems with the libretto of Madama Butterfly.  So if the COC do do the piece again (and not too soon please) I hope it’s in a more challenging production.

There are four more chance to catch Kelly Kaduce’s Butterfly between now and the end of the month. (Photo credits: Michael Cooper)