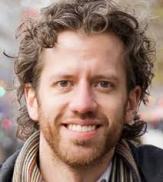 Korngold’s Silent Serenade is, to put it mildly, odd.  The plot could have been taken from Dario Fo and the only possible excuse for the schmaltzy music is that Korngold initiated many of the saccharine clichés he relies on.  Last night the students of the Glenn Gould School under the direction of Joel Ivany and the musical leadership of Pieter Tiefenbach bravely tried to rescue it from well deserved obscurity.

The plot concerns a dressmaker who is accused of breaking into the bedroom of, and trying to abduct, one of his clients; an actress who happens to be engaged to the Prime Minister.  In Naples this is a hanging offence.  Meanwhile someone has made an unsuccessful attempt to assassinate the unpopular Prime Minister with a bomb.  The king is dying and, we learn from his confessor, wishes to make a great act of mercy before he finally snuffs it.  He wishes to pardon the bomber.  Unfortunately the police don’t have a suspect.  The solution is obvious.  The dressmaker must confess to both crimes so that he can be pardoned and hanged for neither.  Unfortunately the king dies before signing the pardon and so the dressmaker must hang.  Following this so far?  Fortunately for him the unpopular Prime Minister is killed in a popular uprising and he is installed in his stead much to the annoyance of the anarchist who did plant the bomb.  They agree that the dressmaker will return to his salon and the actress, who has now fallen in love with him and is, conveniently, no longer engaged.  There’s also a subplot concerning a newspaper reporter and an aspiring actress.

Ivany’s version of all this is somewhat campy and a bit over the top but, as with all his work, not without interest.  It’s all played very broadly with characteristic hat tips to the audience which works fine in the intimate space of the Conservatory Theatre.  Cast members double as noisy stagehands during the numerous set changes and their banter about their roles and the director at least serves to partially obscure the over long and tedious orchestral interludes.  Beth Hagerman, a GGS alumna, is the divaish Sylvia Lombardi.  She’s got a full toned soprano voice and made the most of the comparatively little singing she got to do.  She also did a good job of milking the rather lame humour rushing hither and yon with arms outstretched, usually with a bottle in her hand.  Vocally she was definitely the most finished product on show.  I also liked Johnathon Kirby as the hapless dressmaker Andrea Coclé.  He has a pleasing, lightish baritone voice and good acting skills.  His devotion to his craft and to getting a tape measure around Miss Hagerman’s body contours was really quite touching.  These two get the bulk of the music (there’s a lot of spoken dialogue) but there were also shorter contributions from Daniel Wheeler as the newspaperman and leggy soprano Heather Kozak as his Parisian aspiring actress love interest.  Good chemistry between these two plus ze outrageous French accent from Miss Kozak.  Hat tip too to Ronan MacParland as the ineffectual chief of police and Christopher Wattam as the oily Prime Minister.

The music was managed competently enough by a ten piece band.  Arguably this was rather overdoing it for the space and the actual music itself is perhaps best passed over in discrete silence.

There’s a second performance tonight at 7.30pm but, like last night, it is sold out.  Last night was the Canadian premier of this piece.  I rather suspect tonight will be the dernier.