Handel’s Belshazzar, written as an oratorio, was staged at the Aix-en-Provence festival in 2008.  It works really well as a stage work.  The plot is straightforward but dramatic.  Impious Babylonian king Belshazzar is being besieged by the virtuous Cyrus of Persia.  Babylon is impregnable but a combination of Babylonian impiety and divine intervention on behalf of Cyrus(*) leads to Cyrus’ capture of the city, the death of Belshazzar and, almost incidentally, the liberation of the Jews.

Christof Nel’s production is very simple with a sort of timeless Biblical setting.  Belshazzar, played as utterly demented by Kenneth Tarver, stalks about a lot with an axe.  The famous “writing on the wall” is pretty much indecipherable.  Members of the chorus tend to lurk in the background except during the wild drunken religious celebration that facilitates the Persian assault where everyone throws wine about with gay abandon.  In a sense not a lot happens in terms of stage action but what there is effectively supports the story as told by words and music.

The performances are very good.  Tarver sings well as well as being convincing as a complete nutter.  There is a lovely and dignified performance by Rosemary Joshua as his mother who tries to save him from himself.  Star of the show though is the deeply impressive Bejun Mehta who is most convincing as Cyrus.  I don’t know that there is a better countertenor for this kind of rep around at the moment.  His performance is idiomatic, depply musical and very affecting.  There’s good support too from mezzo Kristina Hammarström as the prophet Daniel.  No lions appear in this opera.  René Jacobs conducts with considerable finesse and gets excellent work from the Akademie für Alte Musik Berlin and the RIAS Kammerchor. 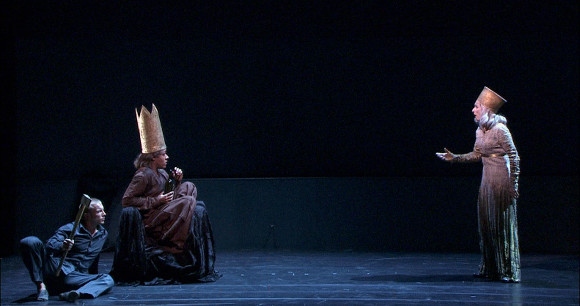 The video direction by Don Kent is generally pretty good though he does favour some odd camera angles which are rather confusing.  On Blu-ray the picture is very good indeed and the surround sound is very vivid.  No complaints on the technical front.  There are no extras bar a synopsis and documentation is fairly standard.  There are English, French and German subtitles.

Anybody who likes Handel’s oratorios will almost certainly thoroughly enjoy this disk.

(*)The librettist is Charles Jennens.  He seems to be doing a patriarchal monotheists FTW thing here which seems somewhat at odds with the very literal Protestantism of Messiah.  Have you ever listened, really listened, to “I know that my Redeemer liveth”? 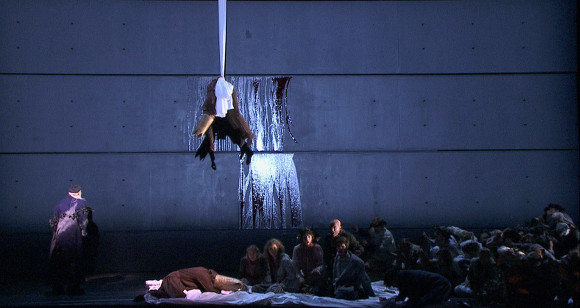 1 thought on “A feast of a Belshazzar”