The heat and humidity of a Toronto summer aren’t especially conducive to dealing with most of what’s in my DVD review pile right now (Wagner chiefly!) and the live music pickings are slim as, Toronto Summer Music Festival aside, music has departed for the land of moose and loon.  I thought, therefore, that I might take another look at some old favourites and see how they shape up to a second look.  I thought I’d focus on works where I have seen many subsequent productions or, perhaps, on works once seen only on DVD but which I had more recently been able to see live.

First up is the Martin Kušej La Clemenza di Tito first reviewed by me two years ago.  Since then I’ve seen a couple of other versions on DVD, a MetHD broadcast and two live performances of Christopher Alden’s COC production with different casts.  The parallels and differences between the Alden and Kušej productions are particularly illuminating.  The main cast at COC shared a Tito with Kušej; Michael Schade.  There were marked similarities.  In reviewing Kušej I asked whether Tito was supposed to be mad.  Watching Schade again I think not but Schade certainly sees him as a man on the edge; self regarding and not entirely stable.  Certainly not the paragon of virtue that a literal reading of the libretto would imply.  This feeling was reinforced by watching Owen McCausland sing the role in the Alden production.  He sang beautifully but could not convey the ambiguity central to the more mature Schade’s reading. 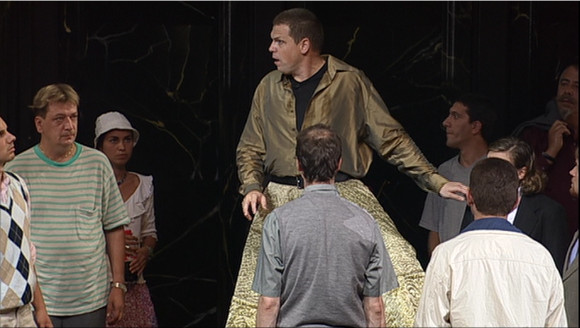 There were some interesting contrasts in the other characters too.  Salzburg has some serious luxury casting with Elina Garanca as Annio and Barbara Bonney as Servilia and they are terrific.  Their interactions are among the highpoint’s of Kušej’s production.  Toronto’s talented young equivalents couldn’t quite rise to the heights of these two.  Robert Gleadow’s knowing Publio for Alden though found more depth in the role than Luca Pisaroni could.  But then Gleadow is clearly an A list singer of the future. 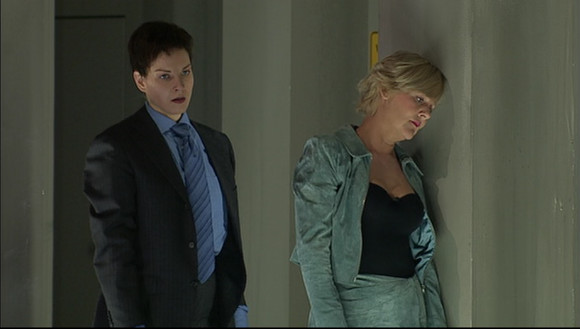 The other thing that I found puzzling in Kušej was the running around in the background and, especially, the scenes with the boys in underpants.  Apart from being illustrative of Kušej’s fixation with underwear (see Don Giovanni) I don’t really get, still, what’s going on here.  The final scene, with the “boys for dinner” motif remains especially perplexing.  Still, it’s probably less confusing than the canonical scene in Ursel and Karl-Ernst Herrmann’s 2005 Paris production which not only includes a rather bizarre muscle suit but also the artefact that has become the generic term for a bizarre Regie artefact; Berenice’s potato.[ETA: Is it because Berenice has become a political “hot potato” or is that too obvious?]

So, I still think Kušej is well worth a look if one has any interest at all in Clemenza.  Perhaps it’s even more worth watching if one has yet to be convinced that the work is worthwhile.  I’m still baffled by the underpants though. 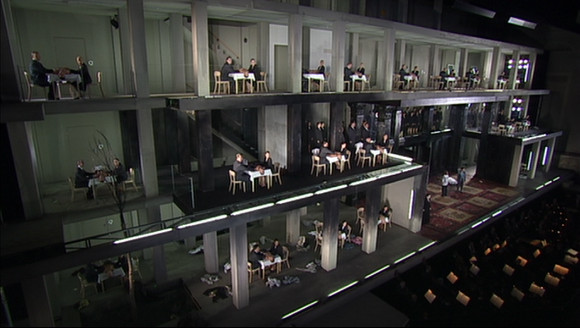