Poulenc’s Dialogues des Carmélites is a strange and compelling piece.  Dramatically it is very “slow burn” with a narrative arc that builds over almost two hours to a final scene of searing intensity.  Without that final scene the piece would have no reason but it justifies all and only one “fit for treasons, stratagems, and spoils” could possibly leave the theatre unmoved.  It’s not just moving, done well it’s emotionally devastating.  And that’s the state I left the Four Seasons Centre in last night after a near perfect performance of Robert Carsen’s extraordinary production. 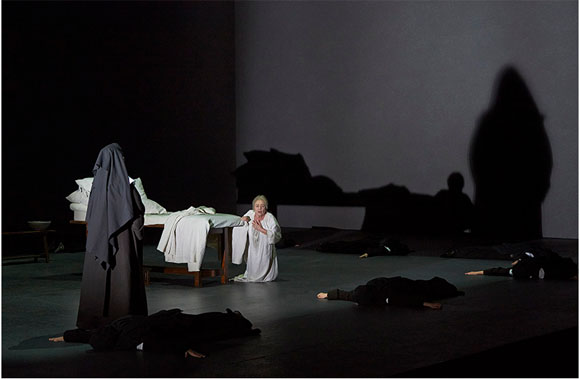 It’s a very spare production in which the chorus and a huge crowd of supernumeraries form very precise geometric patterns, often creating a space for the soloists; sometimes menacing, sometimes sacral.  Sets and costumes are basically monochrome save for the men of the de la Force family in the first scene.  As always with Carsen, the lighting plot is crucial to the overall effect, nowhere more so than in the final scene s where the nuns are huddled under a patch of light at centre stage with the crowd gathered in the dark around them until the lighting expands and the nuns spread out in their final choreography of martyrdom. 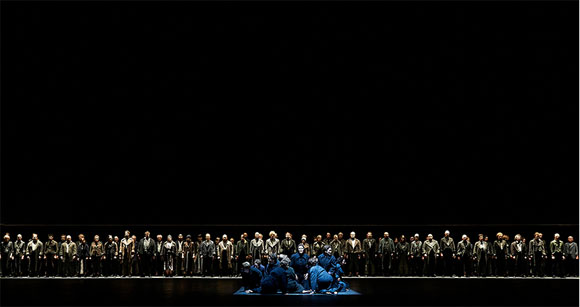 The singing and acting is uniformly good.  Judith Forst is brilliant as the old prioress and Hélène Guilmette creates a sharply characterized Soeur Constance.  Irina Mishura is solid throughout as Mère Marie and Adrienne Pieczonka sings nobly as Mme. Lidoine.  Isabel Bayrakdarian’s Blanche is perhaps a little understated but there’s a case for that.  How much agency does Blanche really have?  She was in excellent voice; sweeter toned than I have heard her in some time.  The men too were excellent, notably Fréderic Antoun and Jean-François Lapointe as the de la Forces and Chris Enns as a very nasty First Commissioner.  The orchestra and chorus were their usual excellent selves and Johannes Debus produced a sharply characterized reading of the score which maybe came close to overpowering the singers in places but never quite did, at least from my vantage point in Ring 3.  It will be interesting to see what it sounds like lower down in the house. 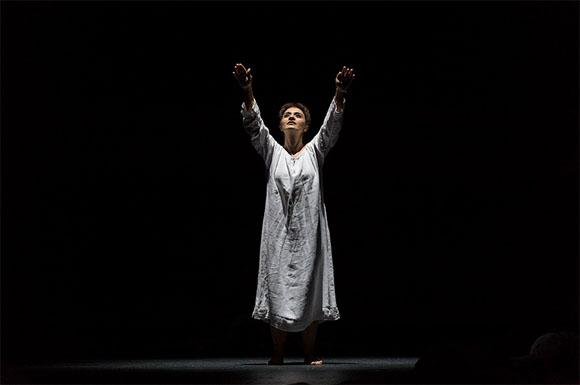 This is not a piece of feel good fluff.  Watching it is like watching Strindberg or reading Dostoyevsky but with amazing music.  It’s not “fun” but it’s a must have experience. Go see it!  There are seven more performances between now and May 25th

4 thoughts on “Searing Carmélites from COC”