Yuval Sharon’s Lohengrin in 2018 at the Bayreuth Festival was the first production there by an American director and, perhaps unsurprisingly, there are echoes of contemporary events in the US in the show.  Specifically Sharon’s Brabant is a conformist theocracy in which society has regressed technologically.  Some of the action takes place in and around a prominently placed disused electrical installation of some kind.  The Brabanters are cowardly and subservient, initially to Telramund and then, equally, to Lohengrin.  The advent of a charismatic leader. does not necessarily equate to liberation or full citizenship.  Sharon also claims in his director’s notes that the real dissenter is Ortrud and that it is her actions that liberate Elsa and Gottfried.  Whether the staging supports this is, I think, questionable. 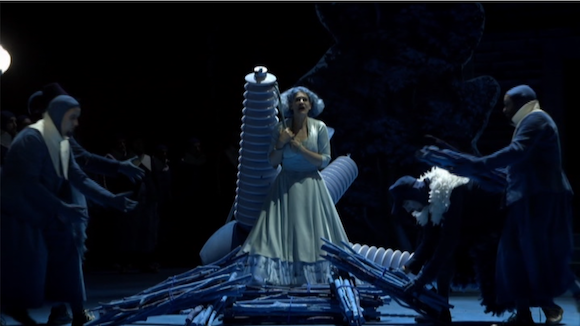 So what do we see?  In some ways t’s a very conventional setting (bar the electricity thing).  The characters wear stylised 16th century (ish) dress and carry spears, swords and so on, though for some reason the nobles also have insect wings.  These only come into play twice I think.  Once when Lohengrin acquires the wings of the disgraced Telramund and then when, after the latter’s death, his wings are displayed on giant pins rather reminiscent of Atom Egoyan’s Così fan tutte.  There are some odd touches.  Lohengrin ties Elsa up on their wedding night. (OK, some people might not find that odd!) and when Gottfried finally appears it’s a bright green furry.  That I really can’t fathom. 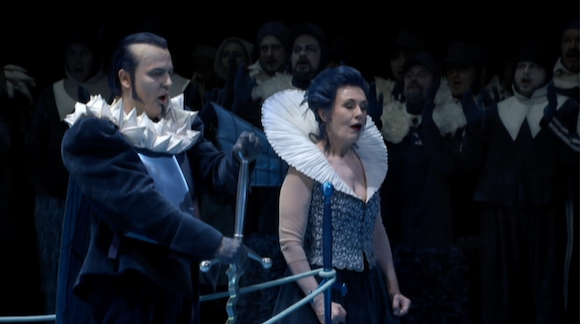 It’s often very beautiful to look at with painterly video backgrounds, though often these are really dark and hard to see on DVD.  For the most part it works pretty well as theatre but it’s portrayal of the Brabanters as conformist cowards is neither as bold or as consistent as Neuenfels’ rats. 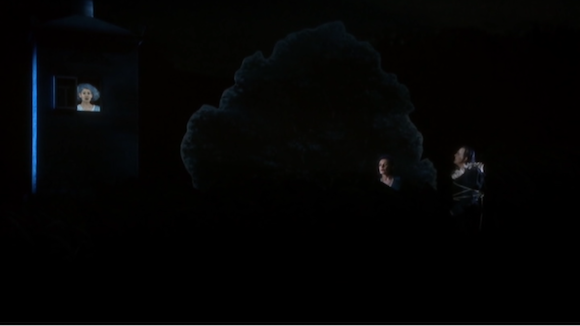 What the production does have going for it is fabulous music making.Piotr Beczala is splendid as Lohengrin.  It’s a true ringing Heldentenor and the big numbers are superb.  The ladies may be even better.  Anja Harteros is a really sympathetic Elsa with some simply gorgeous lyrical singing.  Waltraud Meier is masterly as Ortrud.  There’s real menace here expressed in strong acting and elegantly venomous singing.  In comparison the others don’t look as impressive though there’s absolutely nothing wrong with Georg Zeppenfeld’s regal Heinrich or Tomas Konieczny’s rather weaselly Telramund.  The minor roles are well done, the chorus and orchestra are very good indeed and Christian Thielemann conducts.  I think the quality of his conducting is perhaps best shown in the orchestral interludes which are generally quite fast but pinpoint, beautiful and structured.  It’s classy. 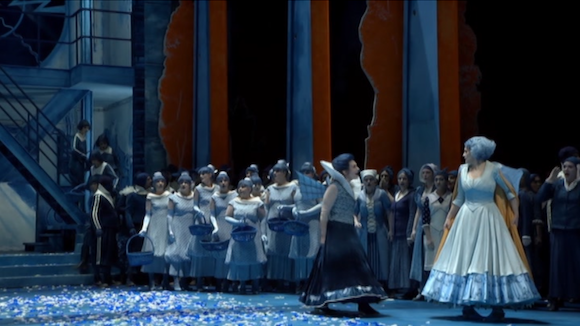 So how well does this work as a video recording?  The answer on DVD; which is what I had access to, is not very well.  Michael Beyer’s video direction is fine but certain scenes are just too dark to resolve properly on DVD.  Examples include the judicial duel, the arrival of the swan and Telramund’s invasion of the bridal chamber but the worst by far is the first scene of Act 2.  Apart from Elsa’s head in a little window it’s almost impossible to make anything out at all much of the time.  And this goes on for twenty minutes or so!  I did find some higher resolution excerpts on Youtube; though not the most problematic bits.  They were much better and I would be reasonably optimistic that on Blu-ray this recording fares much better.  It would perhaps have been a good choice for one of Deutsche Grammophon’s occasional 4K releases.  The sound though; stereo and DTS, is very good.  There are no extras but Sharon’s notes in the booklet are worth reading and there’ also a synopsis and track listing.  Subtitle options are English, german, French, Spanish and Chinese. 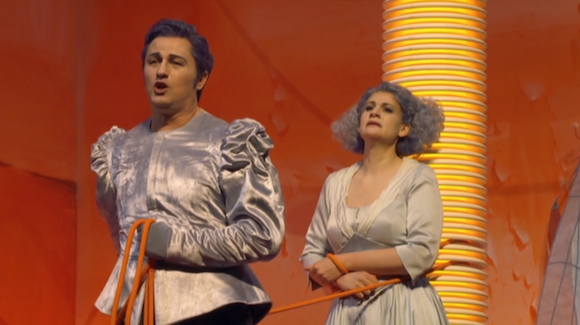 There are quite a few good modern video recordings of Lohengrin and this joins that field by virtue of some really good singing in a production that may not be fully resolved but has some interesting ideas.  But do get the Blu-ray not the DVD if you fancy this.  I think my top pick is still Neuenfels but I know that’s not going to be to everyone’s taste. 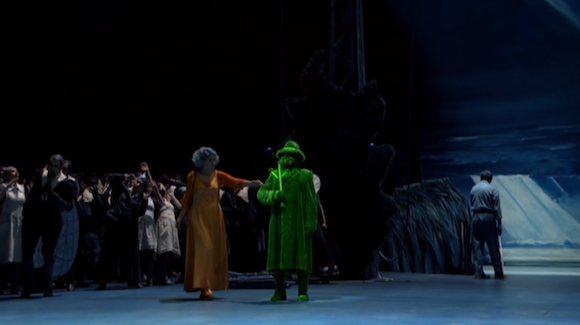