How much of Pelléas et Mélisande did Maeterlinck or Debussy intend to be taken literally?  Probably not much and that’s certainly where Dmitri Tcherniakov is coming from in his 2016 production for Opernhaus Zürich.  In this version Golaud is a psychiatrist who has brought his patient; the deeply disturbed Mélisande, to live in the Arkel family home.  It’s a typical Tcherniakov construct in some ways; a multi-generational haut bourgeois family living in some considerable style but where nothing is quite what it seems to be. 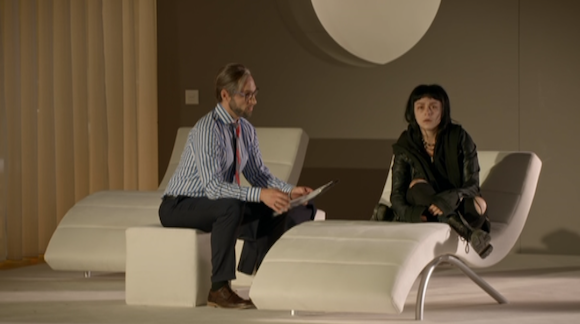 All of the action takes place in this elegant open plan house and none of the actions described happen literally as described.  Are they in fact really transcripts of Mélisande’s psychotherapy sessions with Golaud?  The overall effect of this abstraction is to focus our attention on the psychological relationships between the characters and their, especially Golaud’s, psychological journeys.  Curiously too, the absence of most of the literal stage action directs our attention to the words and just how weird the things they describe are. 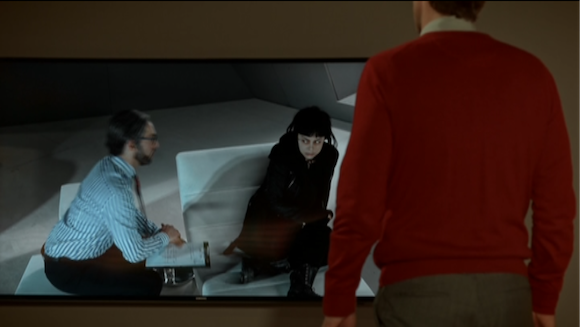 We are reminded at intervals of where the relationship started by the playing of video of Golaud’s hospital encounters with Mélisande on the large screen TV that features on one wall.  The suited, bespectacled, well groomed psychiatrist clearly can’t get close to his patient.  She curls up in a foetal position or assaults him if he tries to get close.  He’s not much further on after bringing her to the house but somehow she warms instantly to Pelléas.  It doesn’t feel sexual at all; at least not on her side.  Rather it’s as if Pelléas makes her (ironically I suppose) feel safe and it’s the loss of him that pushes her back into her defensive, and ultimately self destructive, shell. 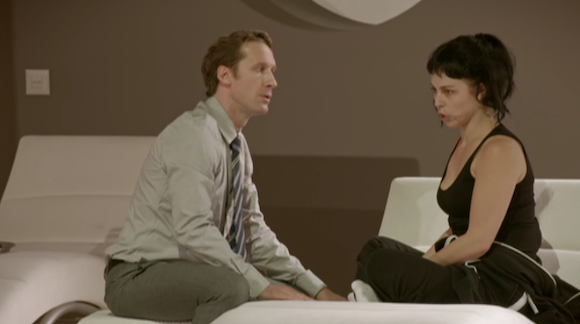 Golaud quickly becomes quite violent and generally seems as though he is only just in control of himself but even here there are paradoxes.  For example, at the end of act 4 when Golaud (usually) displays violent anger with Mélisande, here he just picks her up with some tenderness and carries her off stage.  There’s no killing either.  But then in act 5 he has pretty much gone to pieces physically and emotionally.  There’s something here about psychotherapy and where the power really lies in the relationship between patient and therapist; at least once certain lines have been crossed. 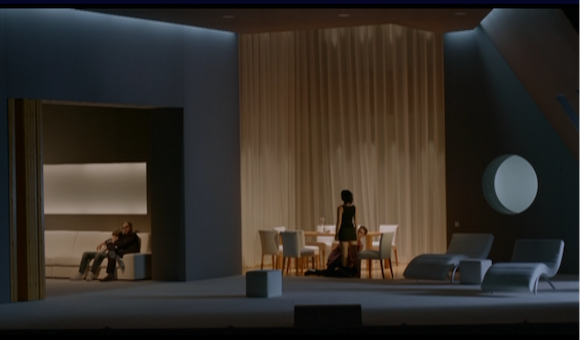 There are other tweaks in the production too.  Yniold is around a lot and behaves in some decidedly odd ways.  In the “sheep” scene there are no sheep (of course) and the shepherd’s music is given to Golaud’s father who is being manipulated in rather odd ways by Yniold.  The sick man makes another disturbing appearance earlier on too.  In contrast to all this Pelléas seems very straightforward.  Maybe he is just a projection of what Mélisande wishes Golaud were? 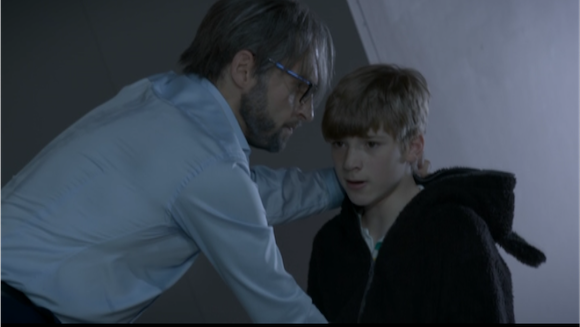 This is not an easy concept for the performers to pull off and there are some impressive performances.  Leading the pack is Corinne Winters as Mélisande.  Her acting is stunning and she sings with a melting, innocent purity.  It’s convincing.  Kyle Ketelsen is equally impressive.  His solid dark baritone and impassioned acting vividly portray the psychological descent of Golaud.  Jacques Imbrailo is a super contrast as Pelléas.  He has a beautiful voice; lighter and more lyrical than Ketelsen, that suits this interpretation of his character.  Brindley Sherratt has great gravitas as Arkel and is again convincing.  Damien Göritz sings Yniold.  The German speaking lands seem to have an inexhaustible supply of brilliant boy sopranos who can sing and act with great maturity.  This is another such!  The other solo roles are all well done and Alain Altinoglu really gets inside the score.  The pacing is excellent and the instrumental interludes haunting.  Altinoglu seems to find every detail in the score and expose it for us. 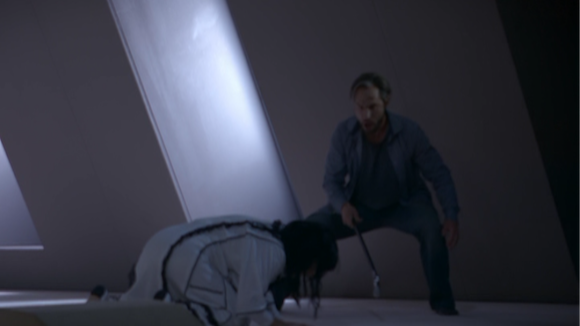 Video direction is by Andy Sommer.  It’s straightforward and effective.  The set is essentially a single quite well lit interior which makes it relatively easy and also means that it looks fine on DVD.  (Blu-ray is also available).  The sound track is Dolby 5.1 (the stereo option, oddly for a 2016 recording, is also Dolby) and it is clear and detailed.  There are no extras on the disk but the booklet has a useful interview with the director.  There’s also a track listing and a synopsis which bears no relationship to what’s actually on stage!  Subtitle options are English, French, German, Spanish, Korean and Japanese. 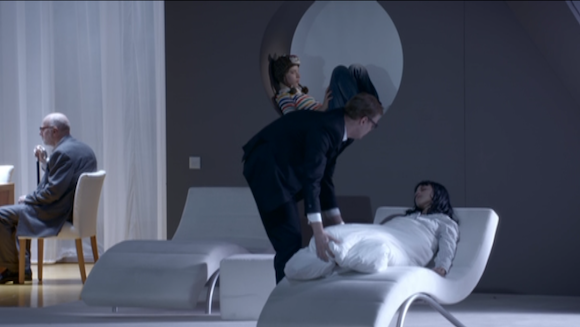 This is one of those productions which requires some effort from its audience but it’s worth it.  I think Tcherniakov gets inside this odd and disturbing piece in a way that is genuinely disturbing and maybe also asks some questions about our attitudes to psychiatry and its claims.  Pretty much all modern productions of this work take a psychological rather than a literal reading.  This one is fairly extreme but it works as well as others I’ve seen. 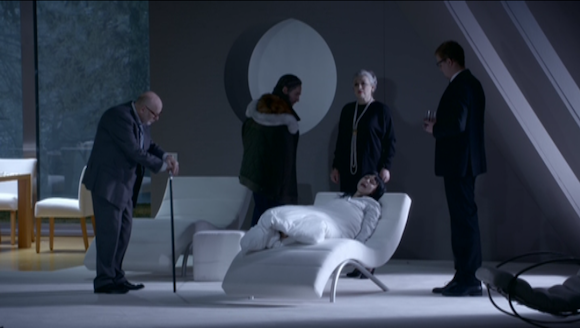