The COC season continued last night with Atom Egoyan’s production of Mozart’s Così fan tutte, first seen in January 2014.  There are some changes from the previous outing but most of what I had to say about the production holds good still.  This time there have been cuts.  The show now runs as two ninety minute acts plus an interval and it feels tighter and doesn’t drag so much in the second act.  In the process some of the heavy handed symbolism has been discarded; fewer pinned butterflies.  I think the physical comedy may have ratcheted up just a touch but maybe that’s me misremembering.  And the girls are brunettes, rather than redheads, but still well matched enough to look like sisters.  Musically, I think it’s been lightened up somewhat.  Bernard Labadie, something of a period specialist, conducts and Michael Shannon accompanies the recits on a fortepiano.  But, still, fundamentally the same show. 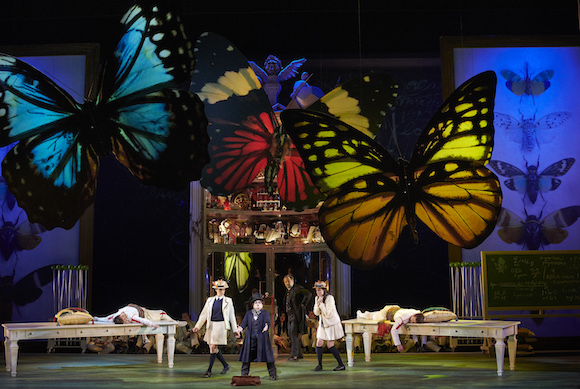 As in the previous run, it’s strongly cast.  Tracy Dahl reprises her crowd pleasing Despina with plenty of physical and vocal jokes.  Russell Braun is a very likeable Don Alfonso.  He sings very well and can put in a more athletic performance; jumping on tables etc, than his predecessor.  The boys seem more homogeneous than before.  Ben Bliss sings beautifully as Ferrando.  Un’aura amorosa is lovely.  Johannes Kammler is a good match as Guglielmo.  They work well together and their physical comedy in, for example, the poisoning scene, is excellent.  That said there isn’t much air of menace about the “betrayed” Guglielmo.  If Robert Gleadow was a psychopathic volcano on the verge of extreme violence, Kammler is merely pissed off. 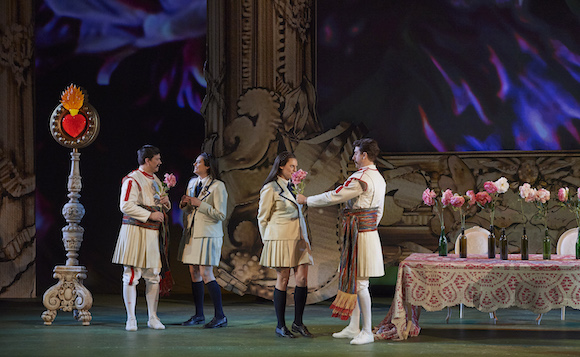 And so to the girls.  Kirsten McKinnon as Fiordiligi and Emily D’Angelo as Dorabella are first class and worth the price of the ticket.  All the big numbers are carried off with considerable élan and style and the clowning around is convincing.  The irrepressible D’Angelo is rather the more kinetic of the two but that just serves to reinforce the sense of the quieter, less flighty, Fiordiligi falling harder in the end.  Also did I mention cute?  Very cute.  Both of them. 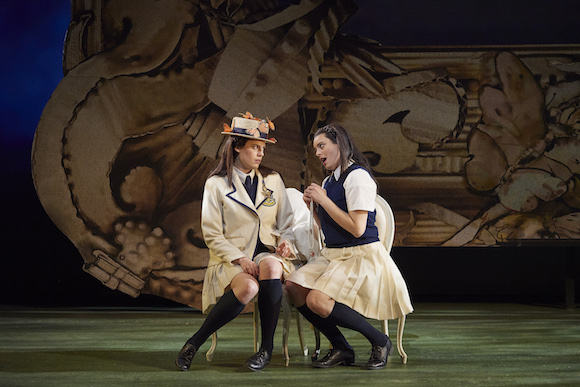 The chorus has more to do than usual here.  They have quite a lot of singing to do, which they do with their customary excellence, but they are on stage a lot as the silent pupils of the “School for Love” watching the lessons set out for them.  They also do a lot of scenery shifting!  It’s all well co-ordinated and efficient. 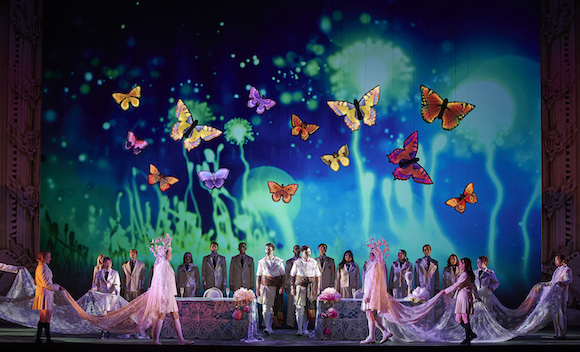 So, this 2019 remount is tighter and a little faster paced with a cast that’s overall as good as 2014, though different in detail.  Labadie’s slightly lighter take on the score helps.  But, at bottom, it’s the same show; visually stunning with plenty of laughs, some excellent singing and lots of eye candy. 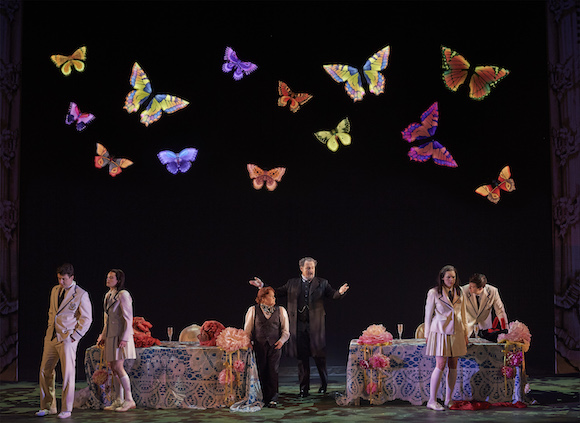