Atom Egoyan’s new production of Mozart’s Così fan tutte opened at the Four Seasons Centre last night.  It’s a visually appealing production with an interesting concept and some glorious singing and acting.  One may question aspects of the concept but nowhere does it do serious violence to da Ponte’s libretto and the end result, coupled with some outstanding performances makes for a most enjoyable evening. 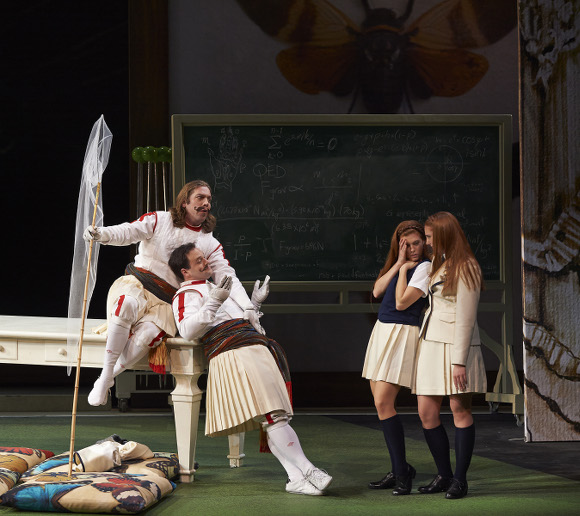 Egoyan has chosen to work with the work’s sub-title; A School for Lovers.  The setting is just that, with the lovers and the chorus as students and Don Alfonso and Despina as instructors.  We are also told in the Director’s Notes that the girls are in on the bet but I didn’t realise that until I read the notes this morning and I doubt many people would notice it either.  The school idea works and allows him to use the chorus and Don Alfonso as a visual commentary on the action.  It injects some action into what can otherwise be a rather static opera.  The designs work off two basic elements.  Frida Kahlo’s Two Fridas is used as a backdrop for many scenes with the projection focusing in on different parts of the picture; most notably the bleeding heart and scissors motif.  The second visual element is pinned butterflies.  Maybe the symbolism is a little heavy handed but it’s at worst pretty and often quite beautiful. 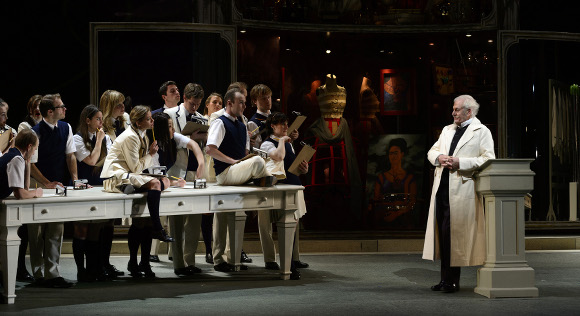 The real strength of this production though is the singing, acting and playing.  Veterans Sir Thomas Allen and Tracy Dahl make a well matched pair of schemers and contrast with the very youthful quartet of lovers.  They both have impeccable comic timing and still have the vocal chops needed for the roles.  (And finally we get to see one of opera’s greats on a Toronto stage*).  Paul Appleby as Ferrando and Robert Gleadow as Guglielmo are also excellent, if perhaps taking a little while to really get going.  Appleby may not be the strongest actor of the bunch but he sing very sweetly and stylishly and pulled the tricky un aura amoroso off with aplomb.  Gleadow was a sharply characterised Guglielmo; at his best in the scenes in Act 2 where his character is by turns furious and cynical.  Here is a man who personifies “dangerous”.  Perhaps last night, as we watched one of the all time great Don Giovannis in a twilight role we were also seeing a singer who could step into those shoes. 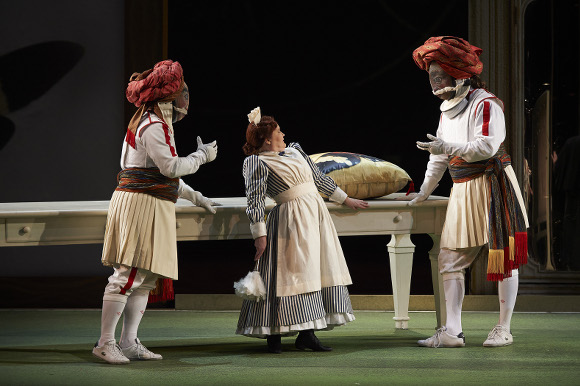 The real glory of this production though is the girls.  Layla Claire (Fiordiligi) and Wallis Giunta (Dorabella) could easily be sisters in real life.  They have extraordinary dramatic chemistry.  The result is a delightfully fresh, youthful and sexy (the schoolgirl uniforms help!) characterisation of the manipulated (or manipulating?) sisters.  On top of great acting they both gave technically assured vocal performances.  All the big numbers were sung with accuracy, drama and flair despite often requiring antics far from the “park and bark” a singer might prefer for a technically challenging aria.  The singers were well backed up by a nuanced and delicate reading of the score from the COC Orchestra under Johannes Debus who also accompanied the recits on a modern piano.  I found the latter a bit odd at first but the delicacy and timing of his playing won me over. 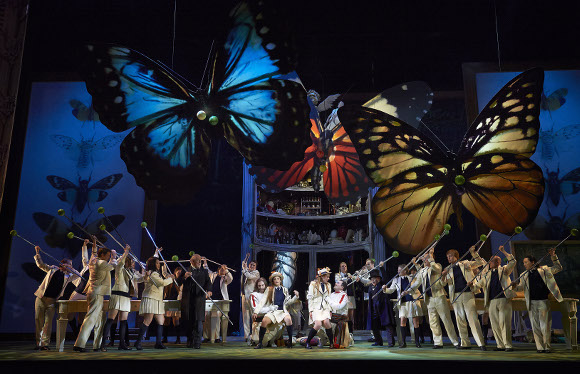 Is this production perfect?  No, but it’s pretty good.  The symbolism is a bit heavy handed and the last thirty minutes drags a bit though that’s preferable to many a Così where the whole second act seems anti-climactic.  Certainly it makes a more than serviceable framework for performances that you do not want to miss.  There are nine more performances by this cast between now and February 21st plus the young artists of the COC Ensemble Studio get to strut their stuff on Friday, February 7th. 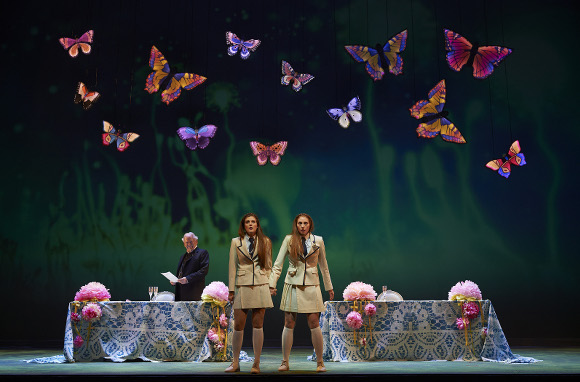 (*)Biased Durham point of view.  Sir Thomas is Chancellor of the university.  My interview with him last week can be found here.

6 thoughts on “A School for Lovers”