Yesterday afternoon I attended the latest concert in the extremely well curated Mazzoleni Songmasters series at the Royal Conservatory of Music.  This one featured soprano Joyce El Khoury and mezzo Beste Kalender in a program of French songs influenced by orientalism with some genuine Lebanese and Turkish songs thrown in for fun.  Rachel Andrist and Robert Kortgaard were at the piano and, besides accompanying, gave us a couple of short pieces for four hands. 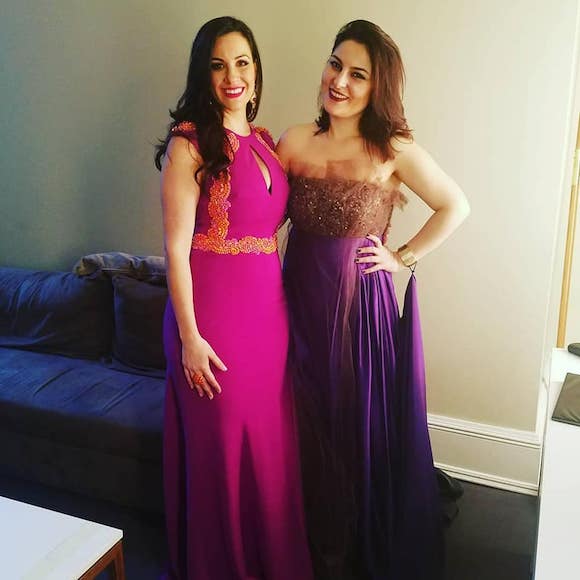 It was quite a long programme and a song-by-song account would be tedious so here’s the highlights reel.  There was excellent singing.  Beste’s voluptous, smokey mezzo was shown to advantage in Duparc’s L’invitation au voyage, her humour (complete with castanets) in Berlioz’ Zaïde: boléro and her sheer dramatic flair in Ravel’s Chansons Madécasses where she and R0bert were joined by Nora Shulman on flute and David Hetherington on cello.

Joyce’s much brighter soprano was shown to advantage in Ravel’s Asie(*).  She really has full command of a very fine voice and can pivot from extremely dramatic to most delicate with ease.  Her pianissimi are a thing of beauty.  She even managed to make some (too?) well known songs like Bizet’s Adieux de l’hostesse arabe sound fresh again.

The Lebanese songs (in arrangements by Peter Tiefenbach) from Joyce and the Turkish folk songs from Beste made a pleasing contrast to the perhaps over-refined French fare and there were duets; finishing up with that one from Lakmé that everyone knows where, one felt, the ladies just about managed not to burst out laughing.

Top work from Rachel and Robert as ever and a most enjoyable Sunday afternoon.

* Words (weird words) from one Tristan Klingsor which is about as convincing an alias as Ford Prefect.