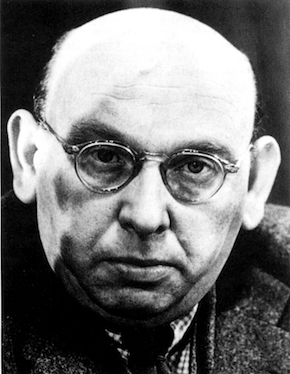 Soundstreams have announced their 2018/19 season.  There’s an intriguing mix of concerts at a wide range of venues.  The two shows that particularly caught my attention were, firstly, Seven Deadly Sins; a show featuring singer songwriters Lizabeth Shepherd, Aviva Chernick and Robin Dann with composers Christopher Mayo and Analia Llugdar being sinful.  This one plays at The Great Hall on April 9th to 11th next year.

Then, perhaps even more intriguing, is an opera; Hell’s Fury, featuring the combined talents of Russell Braun, Serouj Kradjian, Tim Albery and Michael Levine based on music written in exile by Hanns Eisler setting texts by Brecht, Goethe and Shakespeare.  This one is in conjunction with Luminato and plays at Harbourfront from June 19th to 23rd next year.

Electric Messiah at Drake Underground is back but with a new, yet to be revealed, twist and there is plenty more to like from the Rolston Quartet, the Latvian Radio Choir and a bunch of pianist/percussionists.  Details, ticket information and so forth at soundstreams.ca.