I’ve been taking another look at the Glyndebourne production of Berg’s Lulu that I first reviewed in April 2011.  I think a reappraisal is in order.  It’s a 1996 production directed by Graham Vick with Andrew Davis conducting and Christine Schäfer in the title role.  When it first appeared it got rave reviews with Gramophone awards and the like.

The accolades are deserved.  The set for the entire production is a series of contrarotating circles of floor set around a hole in the stage by which characters can enter and exit. Behind this is a high curving wall with a retractable staircase up it and various doors.  It’s flexible enough to easily accommodate everything from a ballroom to a prostitute’s flat.  The rotational elements are put to especially effective use in the rather chaotic casino scene that opens Act 3.  The central film is done rather well too.  A screen drops down at centre stage and a well executed black and white film of Lulu’s arrest, trial, imprisonment, cholera and escape is shown.  It’s “by the book” but well done.

The “aging” of Lulu and Geschwitz is done well too.  In Act 1 Schäfer looks astonishingly young (she was 30 at the time) but by the end it’s very much an older, tireder woman.  Something similar happens with Kathryn Harries’ Geschwitz.  There’s a neat touch at the beginning where the Animal Trainer appears with a mirror and shows the audience reflections of itself as the bestiary.

There are some top notch performances anchored by Schäfer.  She can sing this most demanding of roles and act too.  She also has the body to pull off a range of outfits that not every soprano could wear!  Though to be fair, two of her main competitors on video; Hannigan and Petitbon manage that bit just as well.  The rest of the cast is pretty good too.  Kathryn Harries is entirely convincing as Geschwitz.  Wolfgang Schöne portrays Dr. Schön’s disintegration rather well and returns as an almost gleefully manic Jack the Ripper.  David Kuebler’s Alwa also ranges over the moods pretty well.  Donald Maxwell is a completely sleazy Athlete/Animal Trainer and ther’s a bit of nostalgic luxury with Norman Bailey as Schigolch.  Andrew Davis conducts a tight reading of the score that’s actually quite lyrical in the orchestral interludes.  He’s well supported by the LPO.

Humphrey Burton directed the video.  I think it’s a good effort for the time.  One is always aware of the overall effect the director is trying to create and the close ups, though frequent enough, only occasionally seem excessive.  The picture is 4:3 aspect ratio and definitely 1990s TV quality.  The sound is Dolby stereo and OK but not exciting.  Subtitles are English, German, Spanish,French and Japanese. 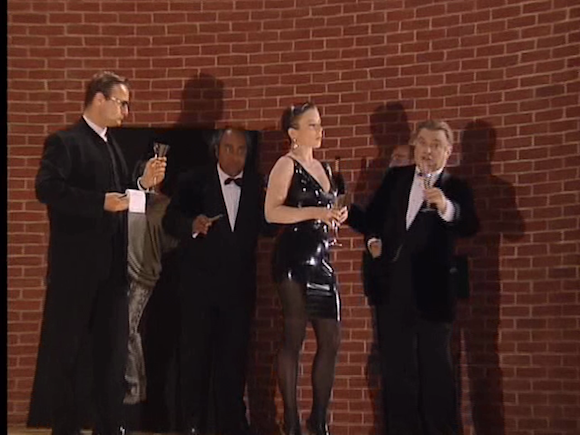 As a production and a performance this recording has aged gracefully but technically it can’t compete with more modern offerings.  It would be cool if it could be enhanced for a Blu-ray release the way the near contemporary Glyndebourne Theodora and Makroupolos Case have been. 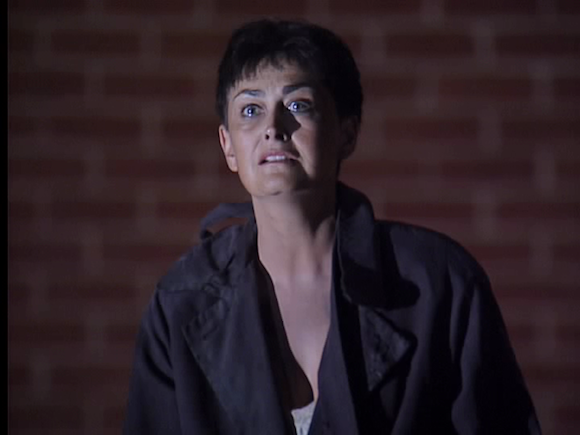