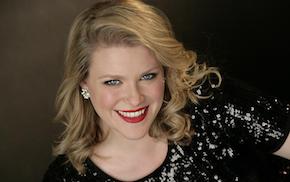 And that wasn’t just the weather that went from balmy to barmy round about verse five of Fauré’s Dans le forêt de Septembre as a cold front hit Mazzoleni Hall with, literally, a bang.  Meanwhile the sheltered audience was being treated to a skilfully curated program of art song on the theme of the four seasons sung by Erin Wall and Asitha Tennekoon with Rachel Andrist and Robert Kortgaard at the piano.  There were French chansons, German lieder and English songs with a decent injection of CanCon, with Derek Holman, John Greer, Jean Coulthard and Matthew Emery all represented. 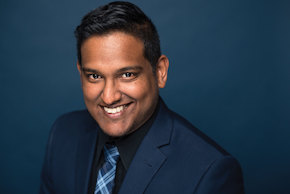 The highlight for me might have been the four songs drawn from Holman’s The Four Seasons that introduced each “season”.  Tennekoon’s approach was quite muscular and incisive with more volume and vibrato than I’m used to in this repertoire but I thought the treatment worked well.  There was plenty of “attack” too in Erin Wall’s approach to Dominick Argento’s When Icicles Hang by the Wall.  It was a fitting opener for a performance that generally took an operatic and dramatic approach.  There were quieter moments too.  Asitha showed Germanic restraint at times, notably in Brahm’s Die Mainacht and Schumann’s Scheeglöckchen.  Erin sang Ray Lustig’s Velvet Shoes with simple eloquence and beauty of tone.

There were also duets which are always welcome in a two hour song program.  Two numbers from Mendelssohn’s Sechs Duette and Quilter’s It Was a Lover and his Lass showed impressive teamwork even though Asitha sometimes seemed to be straining a bit to match Erin’s considerable volume.  At the keyboard we got not just sympathetic accompaniment but a lovely, delicate rendering of Liszt’s Nuages gris by Robert and Debussy’s En bateau for four hands.

All in all, from the opening Holman through to the encore of Novello’s We’ll Gather Lilacs it was a thoroughly enjoyable Sunday afternoon.  The Mazzoleni Songmasters series has certainly established itself as a most valuable component of the Toronto music scene.  It’s a bit of a shame that more people haven’t discovered it yet.  This one was recorded for CBC Radio so this time there will be a chance for a wider audience to catch it.