La Scala and Riccardo Chailly have embarked on a project to record all the Puccini operas.  The first one, recorded in 2015, is Turandot with a new completion of the third act by Berio rather than the usual Alfano version.  The director was Nikolaus Lehnhoff with Nina Stemme as Turandot and Aleksandrs Antonenko as Calaf. 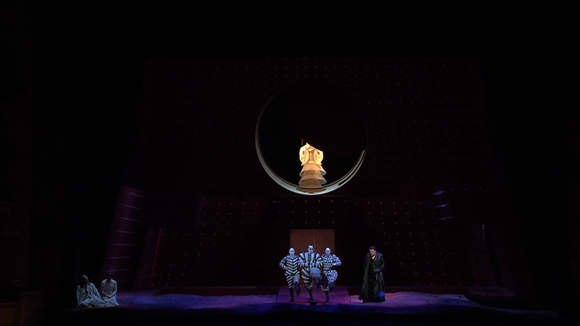 I think if I was a director I would steer clear of Puccini if I could.  There just doesn’t seem to be much one can do with his operas other than prettify them though one occasionally gets surprised when someone comes up with a stroke of genius like the Herheim La Bohème.  Lehnhoff is quite interesting here.  To be fair, for two acts he doesn’t really do more than create some rather arresting stage images but Act 3 has real depth.  His direction of Turandot’s “humanisation” is very skilled though it’s undoubtedly helped by fantastic acting from Stemme and the Berio orchestration which seems, if I’m not imagining it to be on a more human scale than the Alfano.  Bottom line, it’s possible to buy into Turandot’s transformation which I’ve never been able to do before.  There are other intriguing touches too in the highly stylised designs and movement.  Also possibly the first appearance of Betty Page in a Puccini opera. 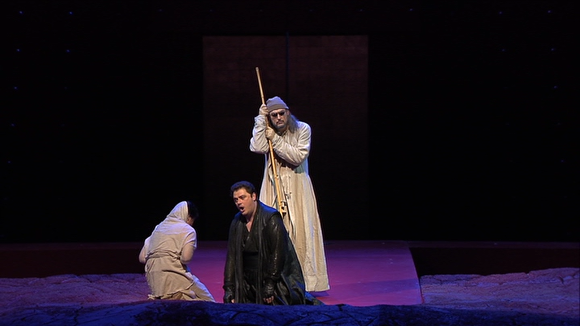 Besides some great acting in Act 3, Stemme sings this role really well.  The voice is powerful and true and actually sounds quite beautiful, which again I’m not accustomed to hear in Turandot.  Her Calaf, Antoneko, starts out a bit rough but warms up to sing really rather nicely with a suitably climactic Nessun Dorma and good work in the Act 3 duets.  My problem with him, as in other times I’ve seen him, is his acting.  It’s pretty one dimensional consisting largely of minor variations on a manly scowl.  One could argue that that’s about all that’s needed for Calaf but I’ve seen more engaging performances.  Maria Agresta’s Liu is very good indeed.  She sings very beautifully and is really quite touching.  The supporting roles are all pretty decent with Ping, Pang and Pong coping manfully with having to prance around in sort of chequered Michelin Man outfits.  I’m really not sure what I think of the orchestra because of recording/acoustics issues (see below). 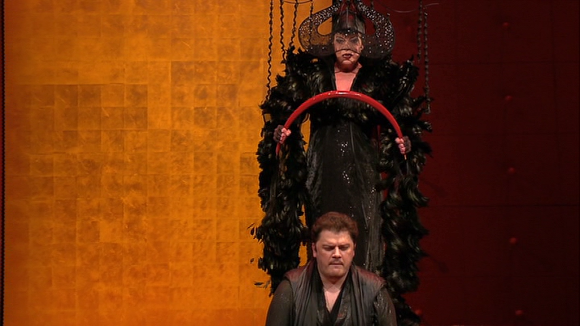 Video direction is by Patrizia Carmine and it’s a bit of a mixed bag.  In the first act there are a lot of weird angles and why one would repeatedly cut from a crowd scene to a close up of a flame is beyond me.  That said, the final act, and especially Liu’s death scene, is very skilfully brought off.  Technically the disk is a bit of a mixed bag too.  I watched the DVD release though Blu-ray is also available and one may or may not encounter the same issues.  It’s the sound.  Both voices and orchestra seem to drift in and out of focus and the big climaxes have no “bloom” to them.  This was true of both the DTS 5.1 track and the LPCM stereo and I had the same issue listening through both speakers and headphones.  I don’t know whether this is a function iof the house acoustics or the recording/mixing process but it is annoying.  The picture though is pretty good even in the darkest scenes and would no doubt be even better on Blu-ray.  There are no extras on the disk but there is useful explanatory material in the booklet as well as a synopsis and a detailed track listing.  Subtitle options are Italian, English, German, French, Korean and Chinese. 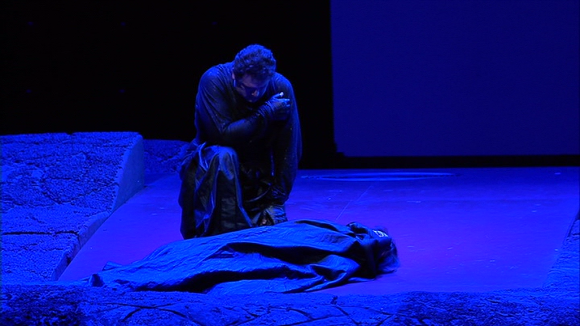 One doesn’t often hear the word “thoughtful” applied to productions of Turandot.  “Sumptuous” and “spectacular” tend to be the best one can up with so, technical issues aside (and preferably on Blu-ray) this disk is worth a look. 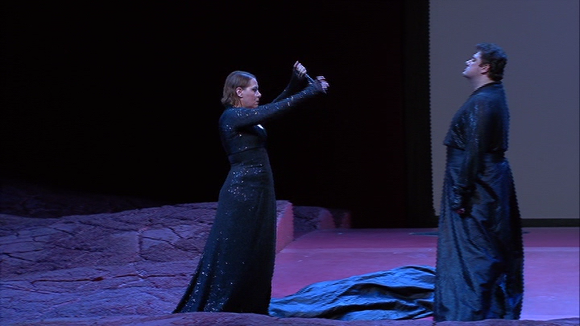 1 thought on “Turandot with the Berio completion”