Last night was the one of only two chances to see Bicycle Opera Project in Toronto this year.  (The other is tonight).  It was a show in collaboration with Toy Piano Composers’ Collective called Travelogue and featuring four new works around the broad them of travel. The show was run without an interval but with each composer introducing their own work by reading, e.g., post cards from their travels or, hilariously, in the case of the absent Tobin Stokes, recordings of the voicemails he left apologising for not having finished the piece yet.  Staging was, in the BOP way, minimalist but effective. 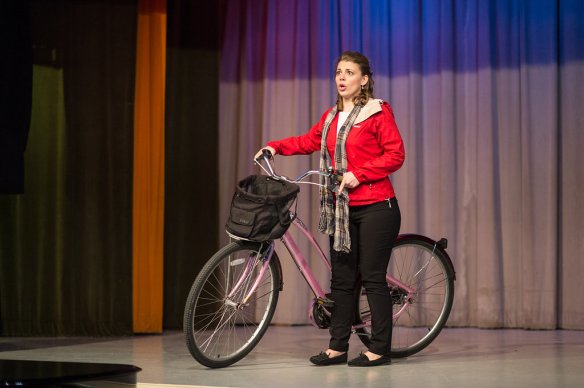 First up was April by Monica Pearce.  I think what is happening here is that Lucy (mezzo Marjorie Maltais) is riding the Don Valley Trail ruminating(1) on her relationship with her partner Peter (tenor Chris Enns) through the medium of her imagined self (soprano Larissa Koniuk).  The same scene is played out three times at different seasons as Lucy makes a potentially life changing decision.  It’s a clever, intricate little piece that takes a bit of decoding. 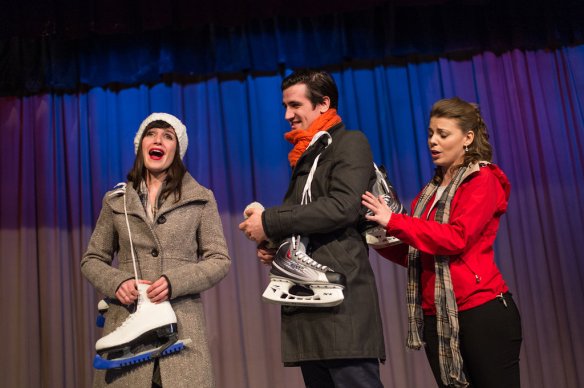 Road Trip by Elisha Denburg is that “busted buddy” theme where two guys; sung here by Chris and baritone Geoff Sirett, try to come to terms with an incident in their past.  I’m not sure there was really enough of an idea here to stretch to even a short piece. 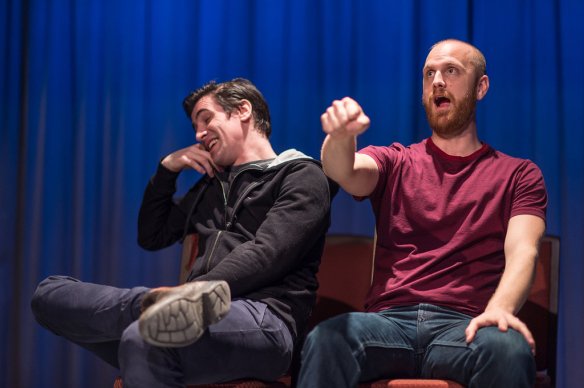 My Mouth on Your Heart by August Murphy-King sees Liam (Chris) visiting the scene of his girlfriend’s recent death at the hands of a drunk driver.  Torn between a desire to join he in some imagined afterlife and a desire to live he is alternately seduced by Death (Marjorie) and Life (Larissa).  Much the darkest piece of the four, I found this curiously affecting. 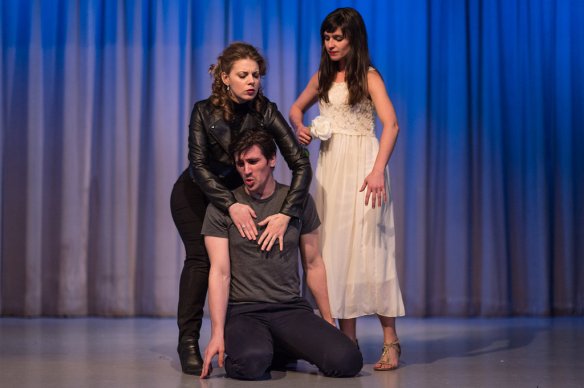 The most overtly comic piece, Waterfront by Tobin Stokes features two Mars colonists (Geoff and Larissa) stuck on a space shuttle for months with a non-functioning espresso machine.  Much of the comedy stems from the exasperation of the Groundworks Communicator (Marjorie) who is trying to get them to pay some attention to landing on Mars rather than fixing either the espresso machine or answering the ultimate question of Life, the Universe and Everything.  It’s times like this one appreciates a small venue where the subtleties are apparent.  This piece also wins for best set and costumes in the characteristically minimalist BOP fashion. 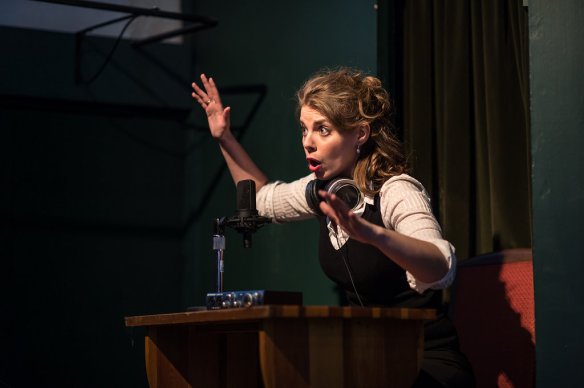 The staging of all four pieces by Liza Balkan was well thought out and the acting excellent. The singing was well up to what was needed though there were few opportunities for outright virtuosity.  In fact, curiously, the music, seemed to play second fiddle to the drama throughout or maybe that’s just how I was perceiving it.  It’s hard to concentrate on the details of the music when one is trying to decipher the stage action and the text (no surtitles and though the diction of all four singers was excellent some cycles – no pun intended – are needed to catch the words.)  It’s a horrible omission and I rather wish I could get a chance to see and hear it again and do more justice to that side of things.  About all I can say is that it seemed largely of that contemporary chamber opera genre that is mostly atmospheric and avoids grand effects.  It certainly seemed of a piece with the action was played more than adequately by Wesley Chen, Anthony Thompson and Ilana Waniuk. 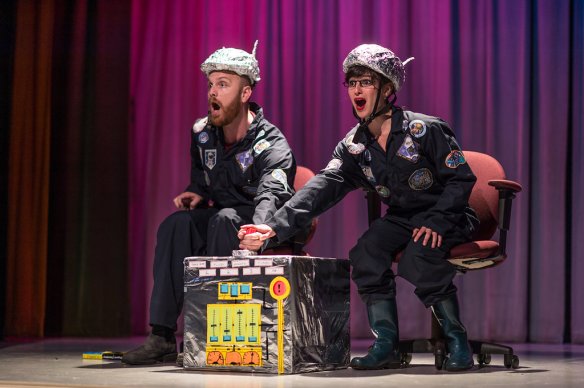 Travelogue plays at the Arts and Letters Club and there is one more show tonight at 8pm.  It’s well worth a look if there are still tickets available.  Last night looked very full!

fn1:  Don’t try this at home.  The DVT at dusk is no place for daydreaming!