The opening concert of Off Centre Music Salon’s season was a programme of Russian romantic and post romantic works, songs and piano pieces, entitled Russia Cast Adrift.  The first half of the afternoon was devoted to the sort of songs that explain why “smert” is one of about six Russian words that I recognize.  It kicked off with a Rachmaninoff prelude played with vigour by William Leathers before going into a series of songs by Sviridov, Rachmaninoff, Tchaikovsky, Glière, Arensky and Mussorgsky.  The singing was shared by soprano Nathalie Paulin, mezzo Emilia Boteva, tenor Ernesto Ramirez and baritone Geoffrey Sirett with Boris Zarankin and Inna Perkis at the piano.

It’s unusual to hear so many Russian pieces, especially of essentially a similar type, together and it does allow one to draw some general conclusions.  Russian is tough on high female voices.  It’s easy to see why the rather strident style employed by, say, Galina Vishnevskaya, came into vogue.  Both Paulin, and especially Boteva, sounded much more comfortable in their lower registers; the latter in particular sounding idiomatically Slavish.  Ramirez sounded as sweet toned as I remember him but with more power than I recollect.  One to watch I think.  Geoff Sirett had the meatiest chunk of the first half; Mussorgsky’s Songs and Dances of Death.  They suited him.  He has the power to carry this music and can throttle back when needed as in the really eerie “dialogue” in Lullaby.  Anyone thinking of writing an opera based on the Discworld novels should consider Mr. Sirett for the part of Death. 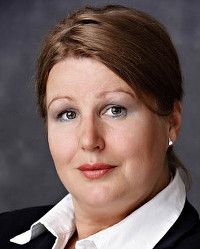 After the break we got the obligatory piano piece for four hands before another set of songs, mostly on the theme of Nature this time but just as lugubrious as before.  Accompaniments too are “vigorous”.  At any rate they should keep piano tuners in work.    There were some opportunities for beautiful singing though.  I particularly liked Nathalie Paulin’s rendering of Tchaikovsky’s Otchego and Ernesto Ramirez’ version of Sviridov’s Zeljonaja prichoshka.  Probably because they were rare opportunities for the singers to sound more lyrical.  Another highlight for me was a four part unaccompanied setting of folk poetry by Georgii Sviridov from his Kursk Songs.  The four singers sounded really good. especially when singing in close harmony. 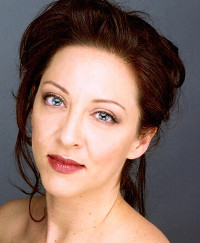 I understand the temptation to curate rather narrowly themed recitals and here, at least, we had the variation provided by four different voices.  That said, I could have used more light and shade than this rather dark concert provided.