Each year, round about now, the COC stages a lunchtime concert or two featuring departing members of the Ensemble Studio singing music that has special meaning for them.  Yesterday we heard Clarence Frazer and Charlotte Burrage with Jennifer Szeto at the piano. 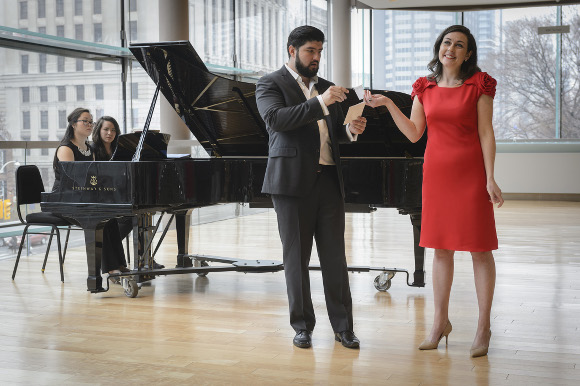 Clarence kicked thngs off with five assorted Schubert lieder that he had first sung when he started to take voice lessons.  He’s come a long way.  A singer who for quite some time didn’t make much impression on me is now singing very well indeed.  He has plenty of power, good diction and a feeling for the text.  He concluded the set with a very dramatic account of Erlkönig that was packed with drama and emotion. 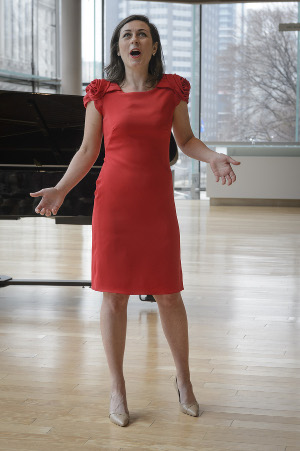 Charlotte chose to sing Mahler’s Rückert-Lieder which is a very tough sing.  She sounded gorgeous in the lower pitched numbers, struggled just a little  on the high passages of Blicke mir nicht in die Lieder and delivered a version of Um Mitternacht that literally had the hairs on the back of my neck standing up.  Impressive.

We also got some duets.  The announced pieces were the Brahms Die nonne und der Ritter and the Gounod Barcarola.  The latter sounded especially good with the voices blending in a most pleasing fashion.  The unannounced pieces were People Will Say We’re in Love from Oklahoma, which was very cute and Dunque io son from The Barber of Seville, previewing the roles they will sing in the May 15th Ensemble Studio performance.  This last was impressive.  I’d never really imagined Charlotte as a Rosina but based on this  performance she’s certainly got what it takes.  I was particularly impressed by her agility.  Clarence on current form should be a fine and imposing Figaro so the show on the 15th should be pretty memorable. 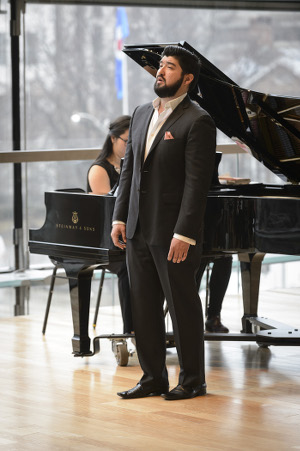 In related news, on April 28th there will be a concert at noon in the RBA featuring Clarence, Charlotte and others singing excerpts from Barber and on May 20th there will be the second Les Adieux concert this time Charlotte will be joined by Owen M
cAusland in a performance of Janáček’s song cycle, The Diary of One Who Disappeared.