The Cousin from Nowhere is a German operetta by Eduard Künneke that premiered in Berlin in 1921.  Last night it received its Canadian premier, in English translation, at Toronto Operetta Theatre.  It’s a light, charming romcom with few pretensions but much to enjoy.  The plot is simple in outline though convoluted in almost Gilbertian way.  Julia is an heiress under the guardianship of her aunt and uncle and about to come of age and, thus, come into the fortune that hitherto the older couple have been able to enjoy.  She is in love (or thinks she is) with her third cousin twice removed Roderich, who left to make his fortune in the East Indies seven years ago.  Aunt and uncle scheme to marry her to their nephew August.  Various more or less improbable plot twists involve August impersonating Roderich and successfully winning the heart of Julia while Roderich returns and falls instantly in love with Hanna, Julia’s bestie.  It all ends happily.  The music is not unlike Viennese operetta with some nods to jazz and popular post war dance music but if you are expecting pre echoes of Berg or Weill you are going to be disappointed.  It’s quite conventional but essentially well crafted light entertainment. 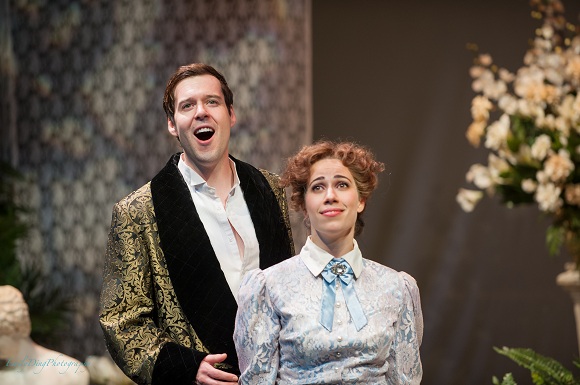 The staging, by Guillermo Silva-Marin, is also conventional enough.  All the action takes place in a drawing room and characters are dressed in more or less period costume.  II thought maybe they were, deliberately or not, a decade or so prior to the show’s premier but it’s not vastly important.  It was all fairly easy on the eye and provided an efficient backdrop for some energetic performances from the mostly young cast.  The romantic leads were the attractive pair of soprano Lucia Cesaroni, soprano, and Christopher Mayell, tenor.  They are both excellent singers and almost copybook romcom leads.  Lucia can legitimately be described as “perky” and Christopher is sort of tall and goofy looking.  Perfect really.  Michael Nyby was a suitably acerbic uncle Jossi and Elizabeth Beeler convincing as his long suffering wife.  Charlotte Knight, as Hanna, played very well off the high energy Cesaroni and Greg Finney made the most of his brief appearance as rhe returned fortune seeker, Roderich.  Throw in lots of physical comedy and a couple of dance numbers, all ably supported by a small band conducted by Jurgen Petrenko, and one has an enjoyably undemanding two hours or so of fun entertainment. 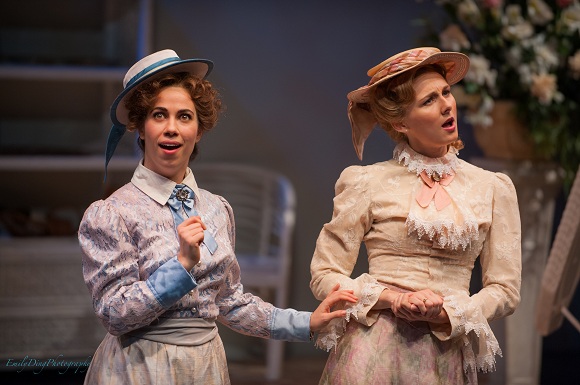 The Cousin from Nowhere runs until May 4th at the Jane Mallet Theatre at the St. Lawrence Centre for the Arts.

1 thought on “The Cousin from Nowhere”