The concluding instalment of Kasper Holten’s Copenhagen Ring really does wrap it up as Brünnhilde’s story.  It’s very effective in so doing too.  Holten states that the central problem in interpreting the Ring is the ending and he points out that Wagner struggled with it for years before resorting to what Holten sees as a cop out; the tired, patriarchal device of wrapping things up by having the heroine sacrifice herself for her man.  Holten rejects this and instead offers us a living Brünnhilde as a symbol of hope and renewal at the end of a century of terrible strife.  I wish I were as optimistic. 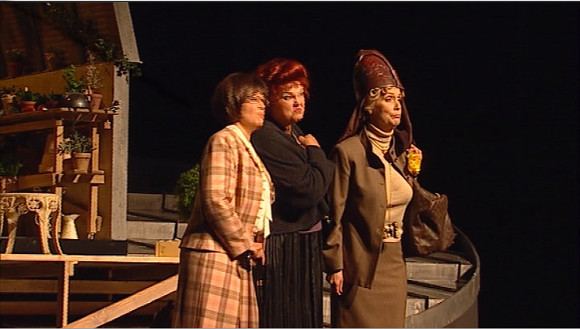 There are some really strong elements in this production and it may be the best of the four from a pure staging direction.  I very much like the way Holten deals with the opening scene with the Norns.  As Anna Russell points out it’s one of those many, many moments in the Ring where Wagner insists on recapping the whole damn thing.  Holten deals with this by having the Norns be three rather disgruntled opera goers arguing about the central meaning of the piece from various parts of the theatre.  When the curtain goes up on the set for the Siegfried/Brünnhilde parting they storm out in disgust at the whole non-traditional concept.

The Siegfried/Brünnhilde dynamic is interesting too.  She’s very much the questing intellectual.  We see her at leisure reading the 1942 Penguin volume “A Book of English Essays” whereas Siegfried is still very much the teenager exploring the world and women as he goes.  It’s indicative of Brünnhilde’s wisdom that she, obviously pregnant at the opera’s opening, knows she must set Siegfried free but, in the final analysis, won’t play along with Wotan’s script of which he’s part. 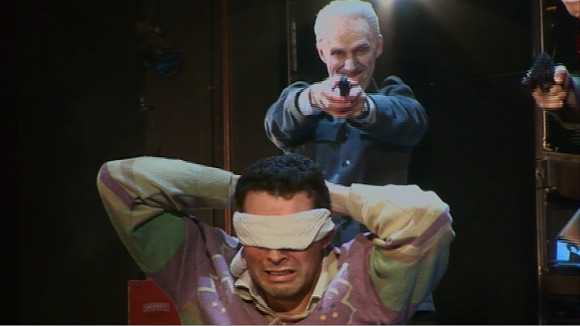 There’s lots of other good stuff too.  Several orchestral interludes are illustrated with flashbacks as Brünnhilde searches the Valhalla archives for clues.  They also remind us how violent the production has been.  The scenes with the Gibichungs are set in the HQ of some sort of leader of a faction or statelet, perhaps during the Balkan wars.  Hagen, brilliantly played by Peter Klaveness, is a total psychopath and Ylva Kihlberg makes a very convincing Gutrune played as a sort of expensive and bored sex toy.  Once again vast quantities of whisky are consumed!  The ending is beautifully staged and the final coup de théatre is brilliant. 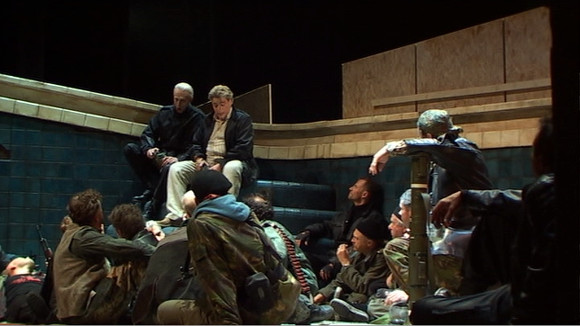 Musically this is very fine too.  Stig Andersen’s Siegfried is as clean and heroic as in the earlier operas.  Iréne Theorin occasionally sounds a bit strained but rises to all Brünnhilde;s big moments and is quite magnificent at the and. The general musical direction from Michael Schønwandt is really quite exciting and the orchestra plays very well for him. 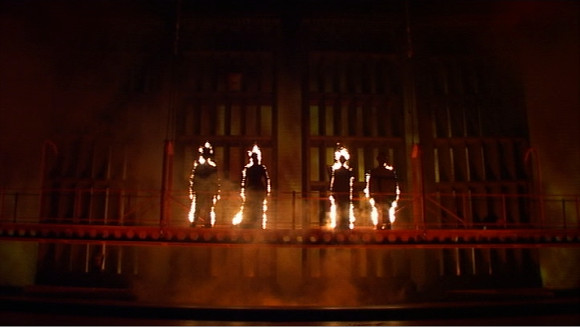 Technical remarks and details are essentially as for Das Rheingold.  Video direction bothered me more than on earlier installments.  It’s a bit schizophrenic; alternating occasional long shots with lots of close ups but also using angles that make it really quite hard to tell what is going on. 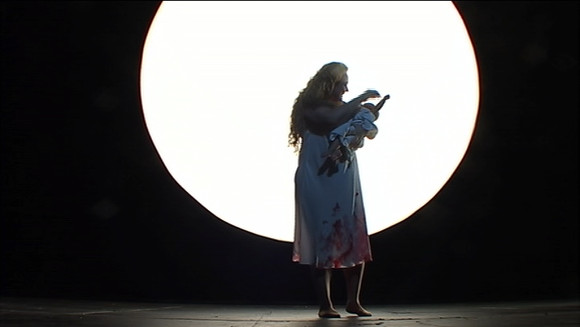 This is a very fine Götterdämmerung and a fitting conclusion to a fascinating and disturbing Ring.