Puccini’s Tosca doesn’t seem to lend itself to Regie type treatments.  Even quite adventurous directors seem to mostly stick to the very specific time and place of the libretto (even though, as Paul Curran pointed out to me, the plot makes no sense in the Rome of 1800).  In the 2012 Royal Opera House recording Jonathan Kent certainly takes very few liberties with the piece; the church is a church, the palace a palace and the castle a castle. There are a few deft design touches.  Both Cavaradossi and Tosca wear very bright colours indicative of the new dyes that became available at the period (actually I think this is a slight anachronism – must check with the fashion lemur) whereas Scarpia is more conservatively attired.  Generally though it’s pretty straightforward. 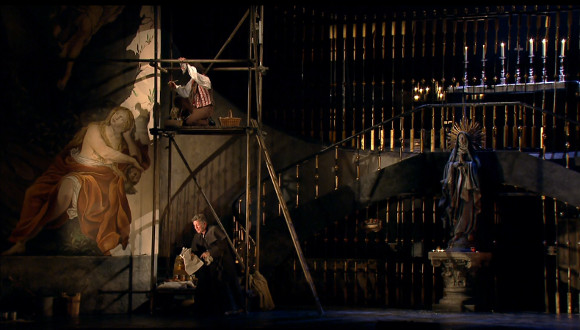 So, it’s really all about the performances and in this case we have three of the most noted contemporary exponents of the major roles; Jonas Kaufmann, Bryn Terfel and Angela Gheorghiu.  All of them have recorded their role more than once and what one gets here is exactlt what one would expect.  Kaufmann is stylish, powerful and every bit the story book Romantic Hero.  Terfel is big, malevolent (no sneaking apparatchnik here) and just ever so slightly self mocking and Gheorghiu is diva qua diva.  She overacts in a way that is probably more disturbing on video than in the house but she sings the set pieces beautifully.  If she had been doing this 50 years ago she’d be the one the aging critics claim has never been surpassed.  Overall it’s big, bold and brash and on video almost reaches the point of self-parody (check out some of the facial expressions) but then “subtlety” and “Puccini” aren’t words one often couples. Antonio Pappano backs all this up with a red blooded reading of the score. 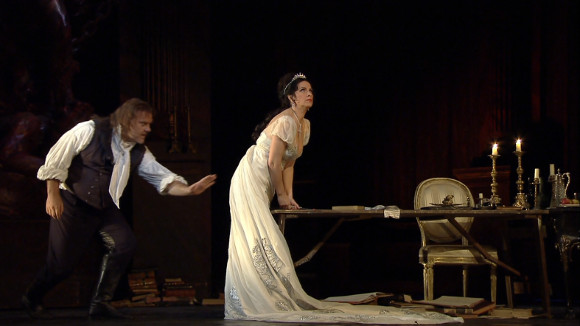 Video direction is by Jonathan Haswell.  His use of close ups tends to emphasise the exaggerated histrionics, which is unfortunate, but he’s no worse than average.  The picture quality on Blu-ray is excellent as is the open sand vivid surround sound track.  Documentation is fairly standard and there are Italian, French, German, English, Spanish and Japanese sub-titles.  The bonus material on the disk is a short intro to the piece by Pappano.  There is also, if your Blu-ray player is on your wireless network, an option to download an h.264 version for your iPhone or iPad.  Personally I can’t imagine watching an opera on my phone but it’s an interesting idea. 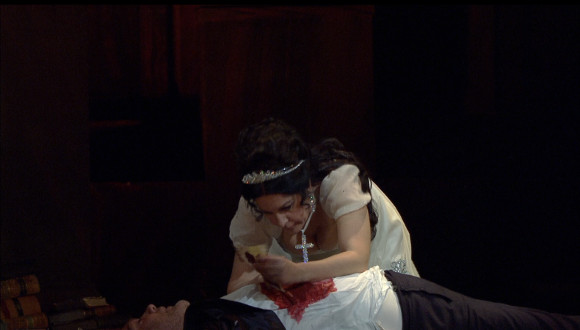 So, if you want a well recorded Tosca with this particular cast this disk has a fair bit going for it.  That said, there’s lots of competition. 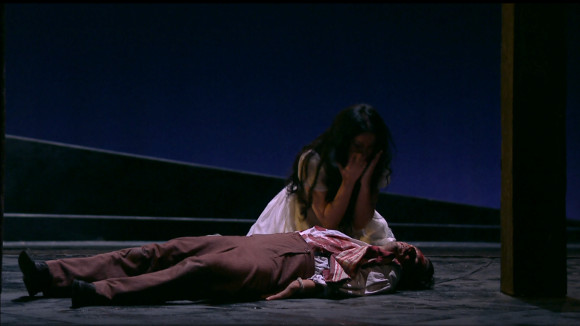