Cavalli’s Il Giasone isn’t a work one sees performed often.  It’s a peculiar beast.  It’s about Jason and Medea and the Golden Fleece but has few of the elements of the version of the story that everone knows and everybody from Charpentier to Reimann has made into an opera.  In Cavalli’s version Giasone has got Isifile, a princess of Lemnos, pregnant with twins and then gone off after the Golden Fleece.  In Colchis he spends his time in bed with a mysterious local beauty, much to the disgust of Ercole who thinks he’s gone soft.  Eventually Giasone works out that his squeeze is Medea and with her help defeats some monsters and grabs the fleece.

They then flee to Lemnos pursued by Egeus.  Meanwhile Isifile has sent Oreste in search of Giasone.  Everybody ends up back in Lemnos where Giasone persuades Medea that Isifile is mad and plots to have her killed by Besso.  Instead Besso throws Medea into the ocean where she is rescued by Egeo.  Isifile is accused of trying to murder Giasone but pleads for her life in the rather bizarre aria “Regina, Egeo, Amici” where she asks Jason to spare her breasts so that her babies can suckle on her cold, dead milk.  Giasone relents.  Medea decides she prefers Egeo anyway and Amor packs everyone up in a shipping crate.  Confused yet?  Actually it’s much more confusing than that with an allegorical prologue, assorted divine interventions and some comic servants thrown in for added puzzlement. 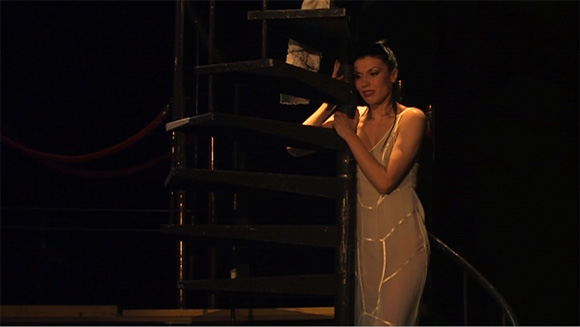 In recreating this piece for Vlaamse Opera Mariame Clément has chosen to set it in a sort of modern fantasy land.  Mostly it looks like the scruffier end of the docks with a shipping container featured prominently.  Costumes are vaguely modern though some characters have animal heads and Oreste has big hair and a kilt.  There are lots of paths and gantries and the shipping container serves as a kind of all purpose portal.  Within this framework Clément tells the story in a reasonably straightforward way (for some value Of “straightforward”). 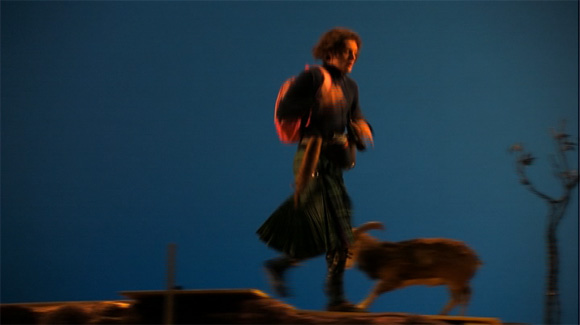 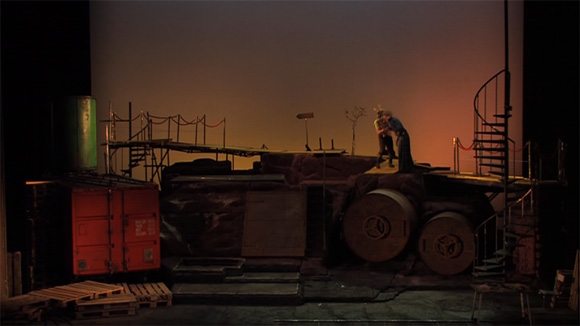 The performers are all, I think, drawn from the Vlaamse’s Opera’s ensemble and I think there’s only one I have seen before; the extremely photogenic Katarina Bradić seen previously as Leda in the Berlin Die Liebe der Danae.  She looks stunning as Medea and is a great actress.  She sometimes sounds a bit strident in her upper register but is generally a more than competent singer.  It’s easy to see why she is a go to Carmen for half the second tier houses in Europe.  Giasone is sung by Christophe Dumaux who is a sort of countertenor equivalent of a barihunk.  He’s also a very fine singer and actor.  Isifile is sung by the slightly less stunning Robin Johannsen.  Actually she’s probably the best singer of the lot and sounds really beautiful in her big numbers.  Talking of big numbers, her breasts; sufficiently large to suckle twin baby heroes, get a lot of air time in this production.  Rounding out the principals is Andrew Ashwin as Ercole/Oreste.  Besides the kilt he’s given giant ears so if you can imagine a Belgian Spock in a kilt you’ll have the picture straight.  He’s also very competent.  The rest of the cast of gods, Argonauts and servants; mostly playing multiple roles is thoroughly competent.  Filippo Adami as the stuttering comic character Demo (there’s always one it seems) is especially good.  Federico Maria Sardelli conducts the Symphony of the Vlaamse Opera, here cut down to twenty instruments, and doubles up on sopranino recorder. 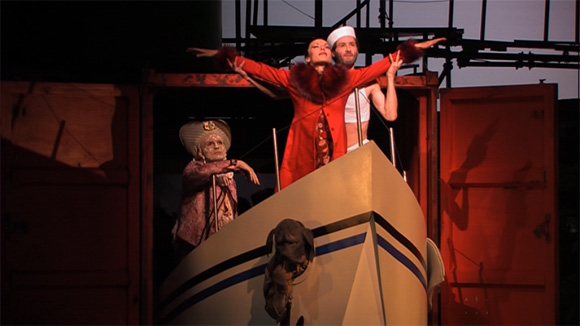 The video direction, by Matteo Richetti, is restrained and sympathetic especially given the often low lighting levels.  The picture is perfectly OK and both Dolby 5.1 and LPCM sound tracks are perfectly acceptable.  There is a Blu-ray available too.  There is a useful short interview with Mariame Clément on the second disk.  Subtitle options are English, French, German, Italian, Spanish and Korean.  Documentation includes a synopsis and some notes by Alexander Krampe. 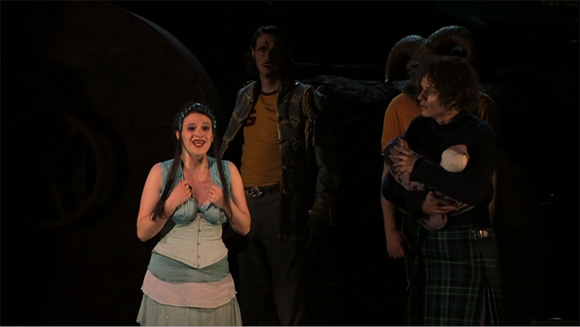 Overall, this is a bit of a weird ride but it’s a pretty good attempt at presenting an unusual and confusing piece.  Anyone with an interest in Cavalli or the Venetian baroque would probably find it worth a look.

7 thoughts on “A baroque rarity”