Rameau’s Zoroastre is a tragédie lyrique in five acts.  It’s basically a story of love, power and revenge coupled with a metaphysical struggle between Good and Evil.  It has a seriously convoluted plot involving demons, incantations, good and evil spirits, a magical talisman book and human sacrifice.  Watching the illustrated synopsis on the disk is strongly recommended!  Being the baroque French beast that it is this work also has lots of ballets.  Pierre Audi’s production was staged and filmed at the court theatre at Drottningholm and is a sort of almost, but not quite, HIP concept, somewhat akin to Robert Carsen’s production of Les Boréades. 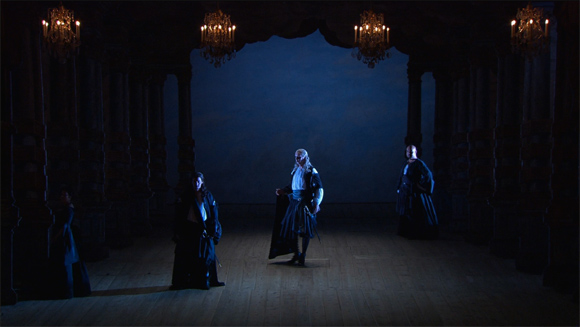 It being Drottningholm, sets are period painted flats changed swiftly from the fly loft.  Costumes too are broadly “period”.  The band, Les Talens Lyriques and the Drottningholm Theatre Orchestra play period instruments.  The actors use a language of stylised gesture but it’s richer than that used in more strictly literal interpretations of baroque style.  In Act 4 for example there’s a sort of “zombies on Speed” sequence that is decidedly modern.  The dancers too, though wearing low heels and, in the case of the ladies, long skirts, are given distinctly modern choreography.  The lighting, a crucial element in this production, is decidedly modern.  The impact of the lighting, often very dark, is such, especially in Acts 1, 2 and 4 that often the set is almost unnoticeable. 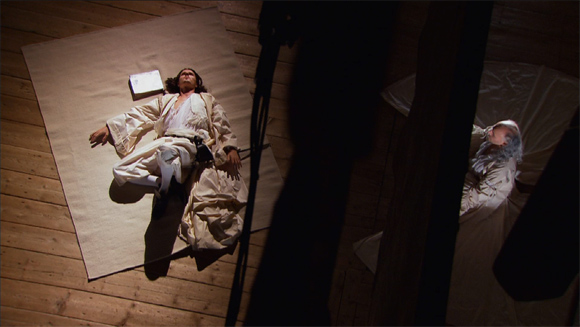 The music is moderately interesting but I do find that there’s a certain cadence in French baroque that gets a bit monotonous.  Fans of the style though will find much to like here.  The band directed by Christophe Rousset are excellent as are the principal singers.  Anders Dahlin, in the haut-contre role of Zoroastre, and his evil opposite number Evguenty Alexiev singing his opposite number the evil Abramane, give strongly characterised performances (and have authentic French baroque noses).  The two sopranos; the “good” Amélite sung by Sine Bundgaard and the “evil” Erinice sung by Anna Maria Panzarella are equally good.  The supporting cast is also strong.  Jennie Lindstrom and the Drottningholm Theatre Dancers are perhaps the stars of the show.  They are given very demanding and involved choreography by Amir Hosseinpour and dance really well and expressively, especially Ms. Lindstrom who has a lot of solo work.  In total, I think the production and performances are probably close to ideal.

Video direction is by Olivier Simmonet and it’s quirky in the extreme.  He uses really strange angles; often filming from directly overhead or even behind the action.  He also, I think, injects a few brief elements of slo-mo (that or there is something awry with the video encoding).  It’s not awful but it takes even further away from any sense of a baroque theatre experience.  The 1080i HD picture and the DTS-HD sound on the Blu-ray edition are exemplary.  The bass is particularly solid and impressive.  There are English, French, German, Spanish and Italian subtitles.  The extras on the disk include a synopsis and cast gallery and, most usefuly, an hour long documentary feature which gives some good insights into the performance style and an interesting look at Drottningholm’s original 18th century stage machinery.  The booklet includes a chapter listing and a short essay by Reiner Moritz.

Overall, I think this is a disk that will very much please fans of the French baroque and, for the non cognoscenti, is as fair an introduction to the genre as one could likely get.