Massenet’s Manon is a glitzy 19th century set piece. It’s very French and very much a star vehicle.  In this 2007 production from the Staatsoper Unter den Linden, director Vincent Paterson’s decides to to stage it in the 1950s and make Manon somewhat cinema obsessed, in a narcissistic way, which works rather well.  It’s a self consciously glitzy affair with a bright gold curtain and technicians with Klieg lights following Manon much of the time.  Even the “squalid” bits are treated with glamour.  The only jarring element, deliberately I guess, is the use of giant reproductions of 19th century paintings as backdrops; notably Liberty Leading the People in Act 3. 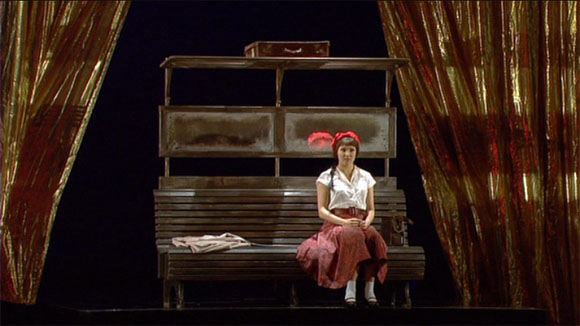 That said, as Daniel Barenboim points out in the bonus feature, the only reason to do this opera is as a vehicle for its stars and here we have Anna Netrebko and Rolando Villazon in prime singing and acting form.  Netrebko takes full advantage of her ability to appear much younger than she is and is a much more convincing than usual sixteen year old!  She also displays a wide range of personae and emotions, from gamin through sophisticate to Monroe lookalike to dying waif, and generally pulls them all off extremely well.  Villazon is excellent too banging out classically loud romantic tenor as to the manner born.  The chemistry between the two is excellent and so, as a star vehicle, this performance works admirably. 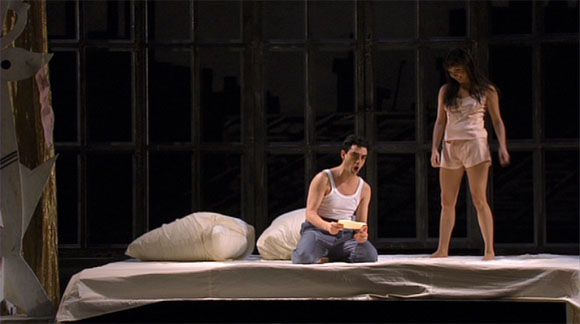 The remainder of the cast is more than adequate with a loud, bluff Lescaut from Alfredo Daza, a dignified Des Grieux père from Christof Fischesser, a suitably oily de Morfontaine from Rémy Corazza and a suave de Brétigny from Arttu Kataja.  Daniel Barenboim might seem an unusual choice of conductor in this repertoire but he gets a thoroughly efficient performance out of his soloists and the Berlin Staatskapelle and Staatsopernchor. 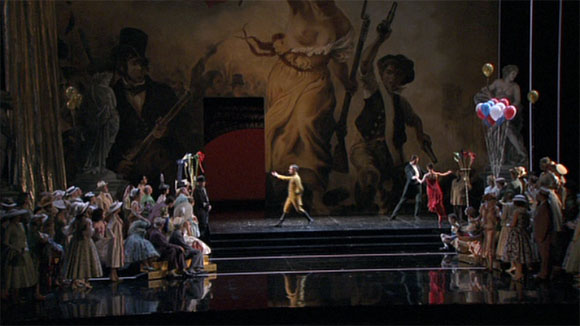 The (uncredited) video director does a very decent job of interpreting Paterson for DVD.  He’s backed up by an excellent picture and first class DTS 5.1 sound.  (This recording is also available on Blu-ray with PCM 5.1 sound).  There are English French, Spanish, Italian and Chinese subtitles and a useful bonus feature with interviews with Paterson, Barenboim, Netrebko and Villazon. 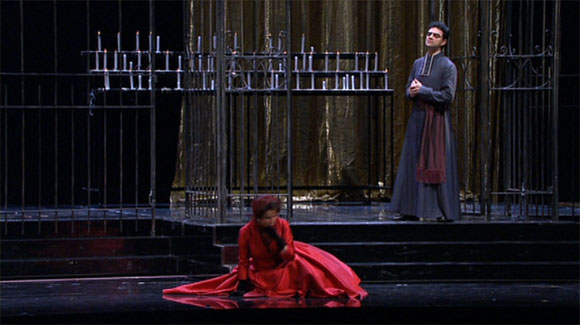 6 thoughts on “Netrebko and Villazon in Manon”