After the hours of discussion about what Lee Blakeney really meant in his COC Les Contes d’Hoffmann a little light relief seemed called for.  Fortuitously I had just got my hands on the 1997 Opéra National de Lyon recording of Offenbach’s Orphée aux Enfers so I thought that might do the trick.  I was dead right.  The production by Laurent Pelly is an absolute hoot (or, to quote young British mezzo, Emilie Renard “FILTHY!”).  The high speed, somewhat surreal production is brilliantly executed by a predominantly French cast including Natalie Dessay as Eurydice and Laurent Naouri as Jupiter.  There’s so much going on that it would be tedious to provide a full description.  Highlights include Ms. Dessay’s typical party trick of singing fiendish coloratura while performing demanding physical moves, her trademark “loudest scream on an opera stage”, Pluton (Jean-Paul Fourchecourt) dancing in snow shoes, an Olympus that most closely resembles the Smut Puddle at a Burner party, some unusual unisex choreography brilliantly danced by the dancers of the Ballet-Théatre de Genève and, not least, Laurent Naouri, dressed as a fly, orally stimulating Ms. Dessay to a very loud climax.  The screen caps at the end of this post will give you a better idea.  It’s fast, it’s funny, it’s vulgar and it’s terrific fun.  The whole thing is carried along by appropriately lively and idiomatic musical direction from Marc Minkowski with the Orchestra and Chorus of the Opéra National de Lyon and the Grenoble Chamber Orchestra.  Full cast listing below: 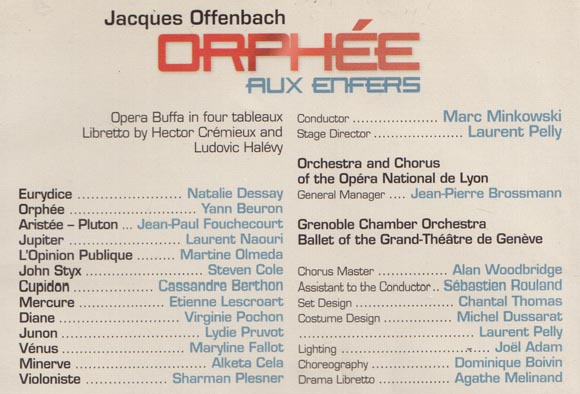 The production for DVD is fine.  Ariane Adriani’s video direction is reasonably straightforward and undistracting.  The picture is decent 16:9, the DTS 5.1 sound is vivid and well balanced (Dolby 5.1 and PCM stereo also available).  The subtitle options are English, German, French, Spanisn and Italian.  There are no extras.  This disc is also available at a cheaper price in a boxed set with La Belle Helène featuring many of the same people. 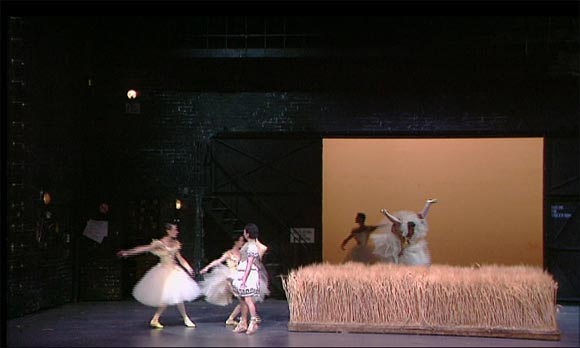 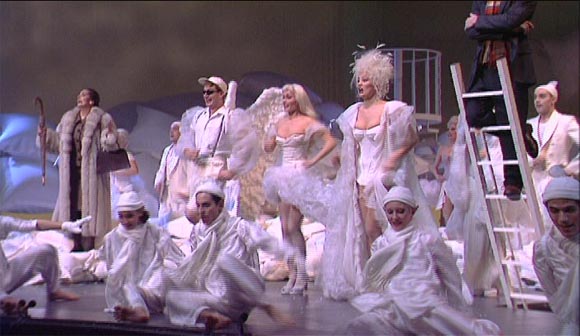 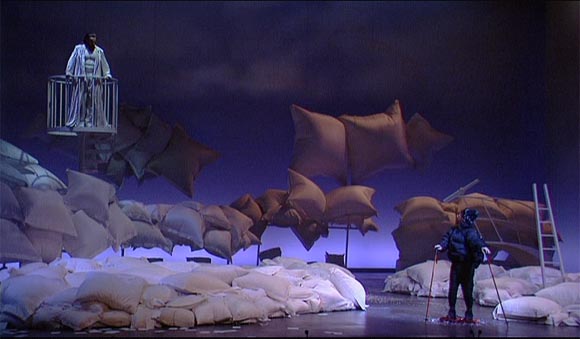 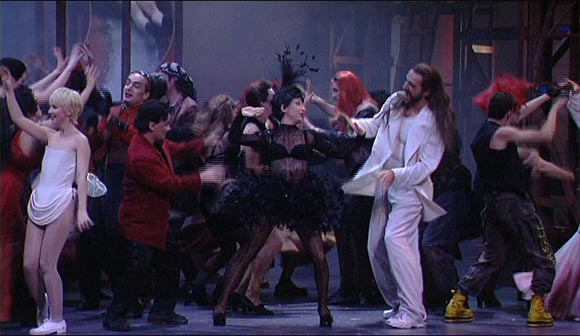 3 thoughts on “Back to Offenbach”