Date with the Divas volume 2 is the latest Youtube offering from Opera Sustenida (Stephanie DeCiantis – soprano and film diva, Nicole Whitney Dubinsky -soprano, Daniella Theresia – mezzo and tech diva and Suzanne Yeo – piano). It’s the first of their shows that I’ve seen. It’s one of those films where everything is recorded in people’s homes and then patched together into a film and it’s as well done as anything in the genre that I’ve seen. The video editing is really good though some sections that were broadcast “live” during the initial streaming were a bit weird sonically. Fortunately that didn’t affect the music. 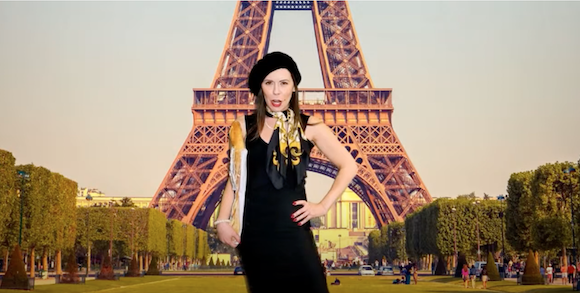 So to the show.  It’s a sort of mix of performance and gentle didacticism focussing on 19th century opera.  There are explanatory sections; “Bel canto 101” for example, interspersed with arias or choruses.  The explanatory sections are fine but fairly basic.  The arias are recontextualised and rearranged in interesting ways.  For example Una voce poco fa is rearranged as a trio in a coffee shop discussing a Tinder date and the “cat duet” time travels from Louis XIV (harpsichord) to 1920s (piano) to a Tik Tok number (back beat).  There are also some numbers with a volunteer chorus that don’t work quite as well.  I think it’s expecting too much of the technology to expect a convincing sounding chorus. 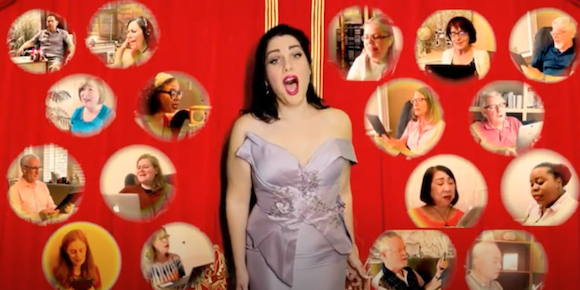 The three vocal divas are really rather good.  I’ve written about coloratura soprano Nicole Dubinsky before and she’s excellent here in the Rossinis plus Chacun le sait and Musetta’s waltz.  Stephanie Deciantis has an altogether more dramatic voice and sang a really nice Casta diva and Senta’s ballad.  Daniella Theresia got to strut her stuff with Orlovsky’s aria and very fine and suitably bored sounding it was despite the increasingly bizarre backdrops.  Suxzanne Yeo was excellent throughout.  The big finale was the “Ride of the Valkyries” featuring guests, some of whom have featured here once or twice, and Suzanne overdubbing on four pianos plus some impressive film effects. 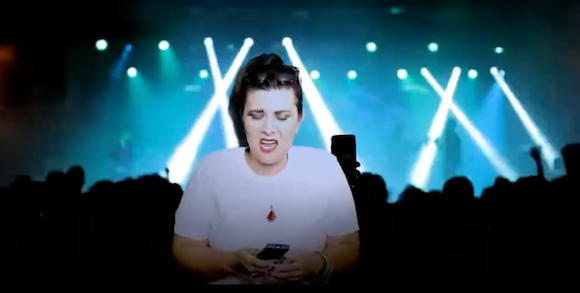 Overall, as a piece put together in this way for this kind of presentation it’s very well done.  But I really hope that these musicians and everybody else can return sooner rather than later to that live experience i suspect we are all craving.

It was a ticketed event ($30) and it’s still available on-line. The ticketing page still appears to be live if you want to see it.